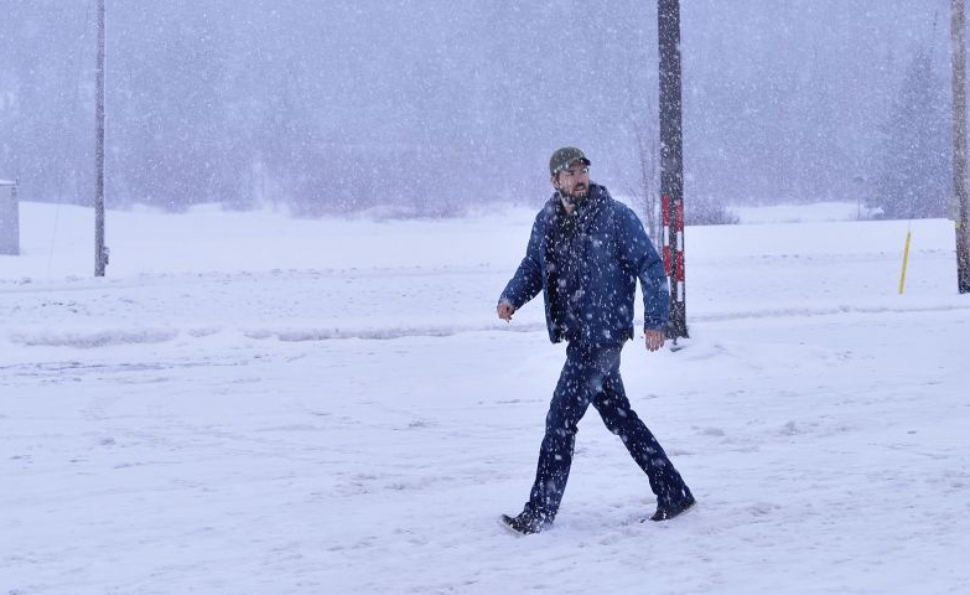 It took almost a decade, but Atom Egoyan’s metamorphosis from intellectual arthouse darling to purveyor of high-toned trash is now apparently complete. Once upon a time, Egoyan’s films found a thrilling balance between lurid, often risible content and a chilly, clinical tone. Ever since his 2005 adaptation of Rupert Holmes’ novel Where The Truth Lies, however, salacious material has frequently overwhelmed his formal control. 2008’s Adoration was a tentative step back toward his old-school style, but he quickly followed it with 2009’s Chloe, which transformed Anne Fontaine’s low-key marital drama Nathalie… into a sleazy erotic thriller. His superfluous fictionalized take on the West Memphis 3 saga, Devil’s Knot, followed, and now along comes The Captive—hands down the dumbest movie Egoyan has ever made. He’s still talented enough to give his clunkers an evocative sheen, but if viewers dig an inch below the surface, it’s wincing time.

Structurally, The Captive resembles Egoyan’s earlier work in the way it gradually parcels out information, not always in strict chronological order. It takes a while to grasp that certain recurring sequences are flashbacks to eight years ago, when a 9-year-old girl named Cass (Peyton Kennedy) was abducted from the family pickup while her father, Matthew (Ryan Reynolds), was briefly inside a diner buying a pie. In the present day, Peyton, now a teenager (Alexia Fast), remains imprisoned by her kidnapper, Mika (Kevin Durand); to assuage her homesickness, he’s set up hidden cameras that let Cass observe her mother, Tina (Mireille Enos), as she works at her job cleaning hotel rooms. Tina also still meets regularly with Nicole (Rosario Dawson), a detective who investigated the still-unsolved case, and whose partner/lover, Jeffrey (Scott Speedman), has always believed that Matthew sold Cass into sexual slavery. When Mika starts leaving Cass-related items for Tina to find in the rooms she cleans, he precipitates a sudden belated crisis, ripping open wounds that had barely healed in the first place.

To their credit, all of the actors throw themselves into this picture headfirst. Reynolds and Enos are achingly raw as parents coping with unspeakable loss in profoundly different ways, and Egoyan underlines their grief by shooting as much white-on-white as he possibly can. (The film’s timeline covers nearly a decade, but it’s always the dead of winter.) In any Egoyan movie, however, there comes a point at which the ensemble’s collective neuroses reach a critical mass, which is paradoxically the very point at which Egoyan begins reassembling his narrative fragments into a recognizable shape. Here, that shape is a really bad airport novel, even though this screenplay is wholly original. The more details that emerge from the fog, the sillier everyone’s private pain becomes, predicated as it is on utter nonsense. This was never a problem back in the 1980s and 1990s, because Egoyan fashioned scenarios so absurdist that they had only a tangential relationship to real-world behavior. Here, by contrast, he’s trafficking in overly familiar tropes involving cops, grieving relatives, and criminal masterminds, and the idiocy sticks.

What’s most frustrating about The Captive is that it includes all the elements for a potentially great Egoyan movie—they’re just buried in the mountain of schlock. The surveillance angle, for example, is right up his alley, especially as it becomes clear that the cameras are less for Cass’ benefit than for Mika’s, as he enjoys tormenting Tina with unbidden memories. But Mika, as played by Durand, is such a cartoonishly foppish psychopath that his machinations—which include the abduction of another character, though this, too, takes some time to become apparent—never accrue any emotional or even thematic weight. Other scenes, like one in which Jeffrey uses his own pre-adolescent niece as bait to entrap a pedophile, are simply too ludicrous to permit the suspension of disbelief. Egoyan co-wrote The Captive with David Fraser, who’s worked primarily in TV movies; once it’s finished playing keep-away, the film lurches from one dopey, contrived situation to the next with the desperation of a film that’s scared viewers might get bored and change the channel. The elegant mystery Egoyan establishes at the outset resolves into CSI: Canada.