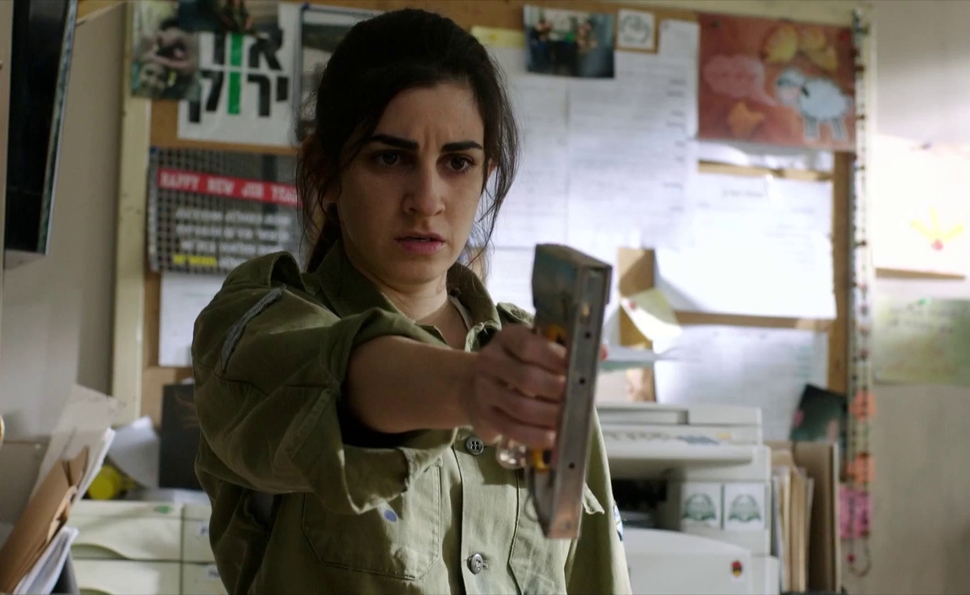 Absurdist workplace drudgery has belonged almost exclusively to Office Space for 15 years now, to the point where it’s nearly impossible for any comedy to touch on the subject without the risk of being dismissed as a pale copycat. Blithely unafraid of the comparison, Zero Motivation, which won the Best Narrative Feature award at this year’s Tribeca Film Festival, dares to make a prized possession of an ordinary staple gun, not unlike Milton’s red Swingline stapler. That’s about all the film has in common with Mike Judge’s distinctly American, beta-male milieu, however. Set on an isolated Israeli military outpost, and featuring an almost entirely female cast, this oddball exercise in deadpan drollery boasts a sensibility specific enough to herald first-time writer-director Talya Lavie as an immensely promising new talent.

Divided into three chapters, Zero Motivation opens with “The Replacement,” which introduces best friends Zohar (Dana Ivgy) and Daffi (Nelly Tagar), both of whom are struggling not to fall into a coma during their mandatory two years of military service. Daffi, in particular, has desperately been trying to secure a transfer to Tel Aviv, and immediately jumps to the conclusion that an unexpected new arrival, Tehila (Yonit Tobi), has been sent to take over her job. It’s not hard to guess that things won’t work out quite that smoothly, but the direction this initial story takes is surprisingly dark, even as Lavie mines laughs from the outpost’s general bureaucratic torpor. There’s a war going on, but it never seems to intrude on these young women, who spend their days verbally sniping at each other and attempting to set a new high score on Minesweeper. When violence does eventually find them, it comes from an unexpected source.

In a roundabout way, that incident leads to the film’s second story, “The Virgin,” which is certifiably nuts. Lonely without Daffi, who’s now training to be an officer in Tel Aviv, Zohar sets her sights on having her first sexual experience, engaging in awkward flirtation with a soldier and shirking her duties to meet him. Her progress is soon impeded, however, by the constant presence of Irena (Tamara Klingon), a Russian-born smartass who tosses a few wisecracks during the first segment. There’s no love lost between Zohar and Irena, but that’s no longer relevant, because Irena suddenly isn’t herself. Having volunteered to sleep in the bed of a girl who died in “The Replacement,” she now appears to be possessed, which makes her at once eerily remote and incessantly vigilant. This story, too, takes a grim turn, culminating in attempted rape, some trash humping (Harmony Korine would be proud), and a character landing in jail.

All the while, though, Zero Motivation never stops being sharply funny, and there’s scarcely a hint of didacticism in its depiction of female soldiers who are essentially treated as a secretarial pool, so bored that they have to invent tasks to perform and create melodrama from scratch. (The film’s final, flimsiest story, “The Commander,” sees Daffi sent back against her will to her former post, now as Zohar’s superior officer. Three words: staple gun battle.) If anything, Lavie works too hard to keep Zero Motivation unpredictably entertaining, constantly spinning its ensemble cast in new directions. She can’t quite fashion a thematically coherent, fully satisfying movie from her triptych—“The Virgin” feels like a separate short, and an otherwise strong ending is hampered by how much of the movie in no way builds toward it. Still, comedies this distinctive don’t come around that often. You might even say that it has a certain flair.