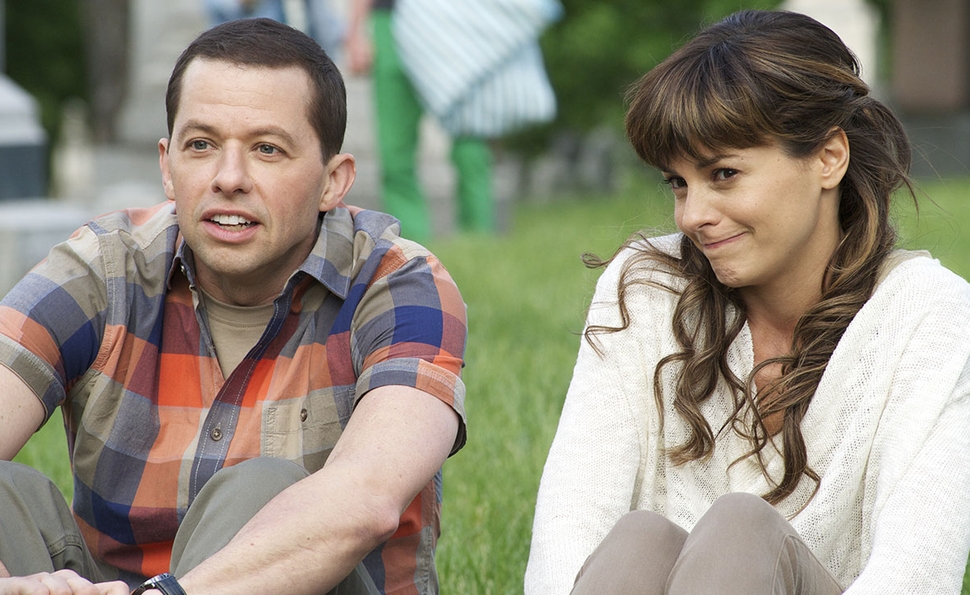 Surely everyone who’s seen Double Indemnity in recent years has arrived at the same thought while watching Barbara Stanwyck seduce Fred MacMurray into murdering her husband: “I bet this story would make a hilarious comedy starring Jon Cryer.” But only Ricky Blitt, the guy who wrote The Ringer (in which Johnny Knoxville fakes a disability to compete in the Special Olympics), had the gumption to actually call Cryer up and get the ball rolling. Strangely, though, this surefire premise doesn’t generate the expected laughs, despite the strenuous efforts of everyone involved. It’s almost as if film noir can’t be made funny merely by switching on the lights and tossing in some lame gags and pop-culture references.

Selling desperation so hard that viewers will be able to taste the flop sweat, Cryer plays Ricky Miller, a middle-aged single guy who’s convinced romance has permanently passed him by. Ricky’s best buddy, Seth (Will Sasso), tries to goad him into picking up women, but since Seth’s idea of a hot night out involves sitting in a cheap diner loudly pretending to be in the film business, that doesn’t go terribly well. When Ricky decides to try online dating, however, he quickly gets a response from what appears to be his dream woman. Danita (Stephanie Szostak) didn’t include a picture in her profile, but she turns out to be beautiful, shares all of Ricky’s interests (they bond over their mutual hatred of Inception), and immediately throws herself at him. There’s just the one small hitch: Danita is married to a famous mystery writer, Ben Jacobs (Jed Rees), whom she claims is horribly abusive and will never divorce her. Ricky will have to kill him.

Hit By Lightning’s title (which should really be Struck By Lightning, but that was used by Glee’s Chris Colfer just a couple of years ago) refers to that old saw about how women of a certain age are more likely to get zapped than get married. Blitt deserves some credit for gender-swapping that ridiculous notion, and Cryer commendably has the courage to play this role with his own hair, as he’s balding in a particularly unattractive way. (How a regular guy like Ricky can convincingly hide this on his dates with Danita, without the assistance of Cryer’s professional makeup team, is never explained.) Plus, everyone’s trying so hard to make something out of this lifeless material. Sasso in particular does wonders with his generic good-time-Charlie role, finding a sweet spot that’s midway between the wry affability of vintage John Candy and the crass self-regard in which David Koechner now specializes.

Unfortunately, there’s just nothing inherently amusing about a sad sack who may or may not be having his longing for love manipulated by a sociopath. Hit By Lightning might have worked as black comedy, but Blitt clearly lacks any instinct for genuine darkness, ultimately going so soft that the film even validates Ricky’s use of the word “heartner” in his eHappily profile. The most promising narrative twist—Ben Jacobs’ interest in Ricky’s unfinished novel, which makes Ricky reluctant to kill him until Ben has at least had a chance to pass the manuscript along to his agent—fizzles out almost as soon as it’s introduced. And in lieu of jokes, Blitt makes constant allusions to other movies: Seth tries to talk Ricky out of his plan by showing him Body Heat (typically coarse attempt at humor: “It’s an old movie with William Hurt and Kathleen Turner, back when she used to look like a chick”), and Danita surprises Ricky with an invitation to an improbable outdoor screening of Lost In America. Nothing here really works, but it’s hard to stay mad at a movie in which the man earnestly tells the woman, “Swear on Albert Brooks that you love me.”