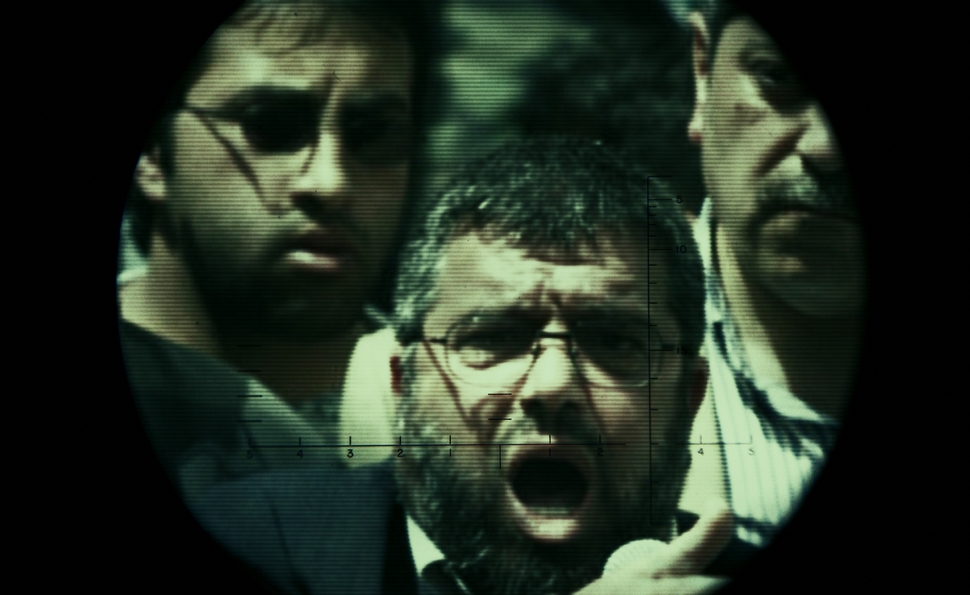 Documentaries have become so popular in recent years—among aspiring filmmakers, if not necessarily the moviegoing public—that even potential thrillers are getting the sober doc treatment. Adapted from Mosab Hassan Yousef’s memoir Son Of Hamas, which tells the story of his experiences working for Israeli intelligence, The Green Prince relates gripping events in a doggedly subdued manner, via direct-to-camera interviews and dramatic re-creations. Both approaches can work beautifully in a more investigative context (and as wielded by a more artful director, e.g. Errol Morris), but in this case, they merely whet appetites for a full-scale fictional interpretation—one that would substitute fiery emotion for earnest recollection.

Here are some of the killer scenes that hypothetical movie might include. 1) Yousef's clandestine purchase of guns following the arrest of his father, Sheikh Hassan Yousef, one of Hamas’ founders. 2) The arrest of the younger Yousef by the Shin Bet, Israel’s security agency, followed by an interrogation in which he pretends to agree to act as a spy for Israel. 3) Brutal prison sequences depicting Yousef’s appalled discovery that Hamas routinely tortures and even kills anyone vaguely suspected of collaborating with the enemy. 4) Actual covert operations that see Yousef—now code-named “The Green Prince”—feeding information to the Shin Bet while serving as his father’s most trusted aide. 5) Yousef and his dad cooking a last meal together, with only the son aware that they’re both to be arrested the following day. 6) The demoralized hero’s defection to America and conversion to Christianity, which prompt him to go public about his work with the Shin Bet. 7) The U.S. government’s efforts to deport Yousef, despite clear evidence that his terrorist activities were a cover, and the likelihood that he’d be murdered.

All these “scenes” are in The Green Prince, but few are remotely effective. Aware that most of the movie consists of verbal recollection, director Nadav Schirman leans heavily on re-creations of the events being described, though he also apparently mixes in some archival footage. Nothing is contextualized, and it quickly becomes impossible to trust anything that’s being shown; while this served as the thematic crux of Bart Layton’s brilliantly unreliable 2012 doc The Imposter, such ambiguity has no function here. Worse, Schirman is partial to some truly cheesy effects in his re-creations, including dramatic-chipmunk zooms and mysterious clouds of cigarette smoke. Even in the interview segments, he’ll sometimes shove Yousef to the edge of the frame and cut off two-thirds of his face, as if this offbeat composition reveals something crucial about the person onscreen. It’s exasperating.

Meanwhile, seeing Yousef and his former handler, Gonen Ben Itzhak, relate their memories to the camera at length is like watching a film adaptation of an audiobook. Yousef, in particular, affects a wide-eyed, can-you-believe-this? expression throughout that undermines the incredible nature of his tale; he’s performing so strenuously that Schirman might as well have just hired a professional actor. Only toward the end, when the film addresses the deportation effort and the remarkable act of friendship it inspired, does some genuine feeling finally surface. According to various sources, a fictional movie about Yousef’s life is in the early stages of development. At best, this serves as its appetizer.