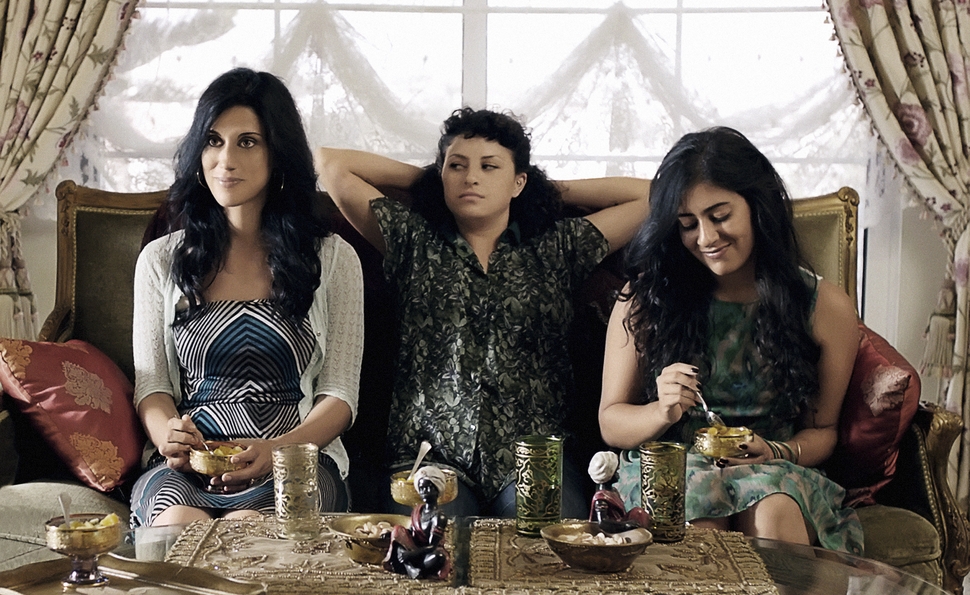 May In The Summer

Selected to open the 2013 Sundance Film Festival, May In The Summer is the last film from that year’s Dramatic Competition lineup (out of 16 total) to get an American theatrical release, more than 18 months later. Viewed from one perspective, that seems problematic. The elements that make May interesting—its unusual setting (Jordan); its focus on Christianity in a country that’s 92 percent Muslim; its predominantly female cast—are likely the very elements that make it a tough sell to an American audience. From another perspective, however, the delay makes perfect sense. Sundance shows good movies and bad movies, but even the bad ones tend to be memorably bad, featuring a distinctive hook of some kind. May In The Summer isn’t even close to being the worst of last year’s crop (ugh, Afternoon Delight), but it’s arguably the blandest; apart from the mildly novel aspects cited above, it inspires little more than shrugs.

Writer-director Cherien Dabis didn’t act in her first film, 2009’s Amreeka, but she opts to play the title role in this one, and acquits herself reasonably well. May, a successful writer who’s been living in New York for years, arrives in Amman a month in advance of her wedding to a Georgetown professor, Ziad (Alexander Siddig, mostly just a voice on the phone). She’s greeted warmly at the airport by her two sisters, Yasmine (Nadine Malouf) and Dalia (Alia Shawkat), but it soon becomes clear that her mother, Nadine (Hiam Abbass), a devout Christian, is appalled that May is marrying a Muslim—even a secular one living in America. What’s more, May herself is having second thoughts about the wedding, and her inner turmoil isn’t exactly alleviated by drama involving her father (Bill Pullman), who divorced Nadine years ago after cheating on her, and is now remarried to a woman (Ritu Singh Pande) who’s roughly May’s age.

Divided into sections headed by Arabic proverbs like “Don’t look where you fall, but where you slipped” and “There is no pillow so soft as a clear conscience,” May In The Summer isn’t particularly a summer movie, and it isn’t particularly anything else, either. May’s waffling about getting married is a complete non-starter, as her phone conversations with Ziad provide no evidence that these two people even vaguely like each other. The mother-daughter relationship has a bit more bite, but while Abbass does her best to flesh out a born-again caricature (”I don’t have a religion, May. I have the truth”), she winds up trapped in a silly subplot that sacrifices emotional coherence and even basic logic for the sake of a cheap twist. At one point, the sisters are shocked by what they find when they enter a room; Dabis is careful not to show the building’s exterior, so as to preserve the surprise, but the characters would damn well know where they are, and would already have jumped to the obvious conclusion.

It isn’t all a drag, thankfully. Dabis nicely captures the interplay among the sisters, at least until the formulaic bickering commences; as the youngest and most sarcastic of the three, Shawkat provides several moments of much-needed comic relief. An early scene in which May gets drunk and meets a friendly adventure-tour guide (Elie Metri) is charmingly spontaneous enough to overcome its blatant narrative function, viz. providing May with an appealing potential alternative to her absent future husband. On the whole, though, May In The Summer just never distinguishes itself in any way that isn’t superficial. When one loud argument is suddenly interrupted by the sound of a fighter jet streaking overhead, the blunt reminder that more pressing matters exist in the region does this flimsy family melodrama no favors.

GoWatchIt: Buy. Rent. Stream May In The Summer