Gird your ears for Pitch Perfect 3 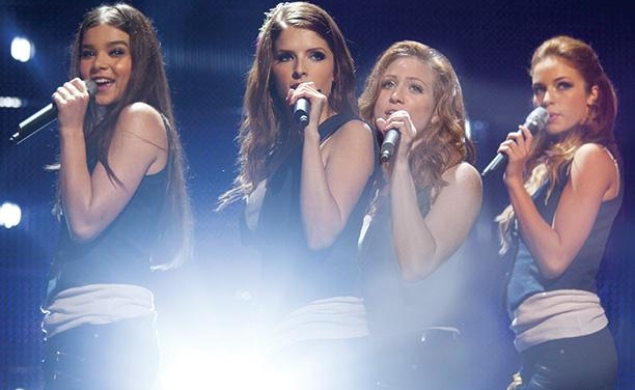 Critically, Pitch Perfect 2 was pretty, er, pitchy, a cacophony of discordant reviews and inharmonious #hottakes. (I think I’m done with these a cappella puns now, TBD.) Our very own Genevieve Koski, a fan of the first film, gave the sequel 2 1/2 stars, writing “while there are individual delights within Pitch Perfect 2’s 115 minutes, they don’t add up to a functional, coherent film. There’s no harmony, only loud grandstanding.” Others praised it for being fun and lighthearted, full of delightful musical moments and empowering models for female friendships. Others still, like my 12-year-old sister, haven’t seen it yet, but really wanted to be quoted within this paragraph after being polled via text: “I loved it! It was hilarious. Rebel Wilson is definitely my favorite!”

Commercially, however, things have gone more smoothly for Pitch Perfect 2: Elizabeth Banks’ directorial debut has made more than $250 million globally, if you’re into that kind of thing (money). And in Hollywood, as in life, money = everything and quality = whatever, so now there’s going to be a third movie. THR reports that Universal and Gold Circle are officially moving ahead with Pitch Perfect 3.

Now, all they have to do is figure out who’s going to be in it, who’s going to direct it, who’s going to write it (perhaps OG screenwriter Kay Cannon, who’s already “in negotiations”), and who’s going to find Anna Kendrick, who has been on a solo vision quest in the desert since the film’s premiere. Neither Kendrick nor Rebel Wilson—whom “sources” say were paid about $2 million each for the sequel, a massive step up from their “low six-figure” deals for the original—have signed on for a third film. Though Wilson has previously expressed interested in returning, both will certainly be requiring a lot more ca$h money to get back up on that yodeling, spangly-costumed horse.

Fortunately, The Powers That Be Making Pitch Perfects foresaw that the second movie would be a hit and locked down Hailee Steinfeld—who plays Emily, the only Barden Bella who is still in college at this point—for a follow-up movie. So should Pitch Perfect go on to beget its own Cinem-aca Universe (I lied about being done), Steinfeld will likely be at the center of it, at least until Emily, too, graduates college and is legally no longer allowed to sing enthusiastically in public.