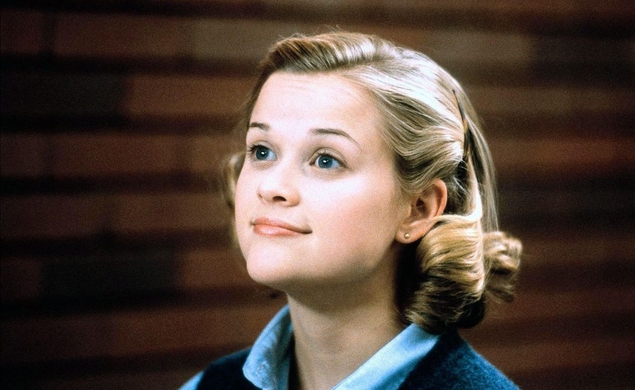 Fun fact: Peter Pan’s pint-sized fairy sidekick Tinker Bell is a bona fide Disney superstar. Over the past decade, Tink has been the subject of seven animated Disney films, all of which have made tidy money for the studio and have turned Tink into a hugely beloved fixture in the lives of many teensy Disney fans. Had no idea? That’s because the seven films have all gone straight to home-video—though the most recent feature, Tinker Bell And The Legend Of The NeverBeast, did lock down a brief theatrical release at Disney’s El Capitan Theatre, and it was released in select markets in Europe—and casual Disney fans (read: not kids) tend to have little awareness of them. (Another fun fact: Tink is voiced in the animated films by Mae Whitman, which is adorable.)

Rest assured, Tink is a big little star, and it’s not shocking that’s she’s about to get a fairy-dusted live-action feature film to capitalize on her genuinely shiny appeal.

The Hollywood Reporter shares that Reese Witherspoon is set to play Tink in a new Disney spin-off of the beloved character. The live-action feature will reportedly “play with the idea and the timeline of the well-known Peter Pan narrative” and is “being developed in the vein of Maleficent,” which sounds a whole hell of a lot darker than a Tinker Bell movie needs to be (Maleficent was really dark, right? that wasn’t just me?). It sounds like the film will, like Maleficent, serve as an origin story meant to clarify why Tink is the way she is (you know, really just too pushy and weirdly overprotective of Peter).

The film will be written by Victoria Strouse, who recently penned the screenplay for Pixar’s long-awaited Finding Dory feature. The film has not yet attached a director, but surely someone will want to play make-believe with this one soon enough.

Witherspoon will also produce the project with Bruna Papandrea through the pair’s Pacific Standard banner.

Elizabeth Banks was originally attached to Tink back in 2010 (per ComingSoon), when the film was billed as a “romantic comedy” set to be penned by Elizabeth Wright Shapiro and McG (???). That project never materialized, and this new Tink is likely the product of lots of loud clapping and Hollywood politics in equal measure.

As is so often the case these days, it’s not the only Tinker Bell film in the works—last November, Melissa McCarthy signed on to star as the pint-sized fairy for a new film by Shawn Levy, which promised a “fresh take” on the classic tale. There’s been little buzz on that feature since its initial announcement, but IMDb does list it as being in “pre-production” with an estimated 2016 release date. Oh, great, another Disney character face-off at the box office. No one tell Robin Hood or The Jungle Book, this could get messy (and confusing).