Samuel L. Jackson will try to not get eaten by Simon West's Blob 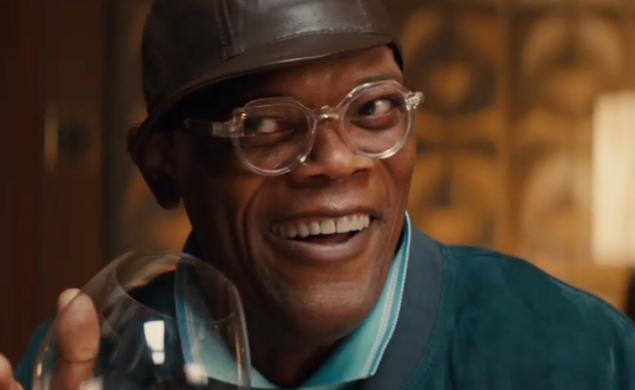 Irvin Yeaworth’s 1958 cult classic The Blob doesn’t tap the anxieties of the 1950s as much as it eschews them in favor of having a purple mass of mucus-like muck roll around and absorb people in the name of fun. Starring a young Steve McQueen, who mostly just stares with that handsome mug not yet afflicted by so much chain-smoking, The Blob is the epitome of a B(lob)-movie, and remains one of the weirder choices for canonization in the Criterion Collection. (Also, Irvin Yeaworth is such a great, Pynchon-esque name.)

Con Air and The Expendables 2 director Simon West recently announced that he plans on remaking The Blob, using CGI to update the campy story to modernity. As West himself said, “With modern CGI, we can now fully realize the potential of The Blob. The world I create will be totally believable, immersive and emotionally satisfying. It’s a thrill to introduce an enduring icon to a wider audience and a whole new era of fans.”

Whether CGI (or West’s involvement in general) will purge the fun from the film remains to be seen, though our own Charles Bramesco, that rapscallion, pointed out that the fun of the original comes from its silly practical effects. However, West’s remake of The Blob will have one thing the McQueen-led original and 1988 remake lack: Samuel L. Jackson.

According to The Hollywood Reporter, Sam Jackson has joined the cast of West’s film, which will shoot this fall. The blobilicious remake “will see Jackson play a biochemistry professor attempting to thwart the other-worldly predator discovered deep within the earth.”

Contra Charles, I’m not a huge fan of the 1958 film, possibly because I detest fun and laughter. I do kinda dig the gratuitously mean 1988 remake, which arrived in the twilight of the Reagan Era courtesy of Chuck Russell (A Nightmare on Elm Street 3: Dream Warriors) and Frank Darabont (The Majestic), possibly because I love the gory practical effects, but probably because I don’t like children and Russell and Darabont have no qualms with feeding screaming children to the amorphous monster. Also, on a personal note, directing a remake of The Blob has been a lifelong aspiration of mine. Damn you, West.