Paramount to distribute DVD copies of Selma to every high school in The U.S. 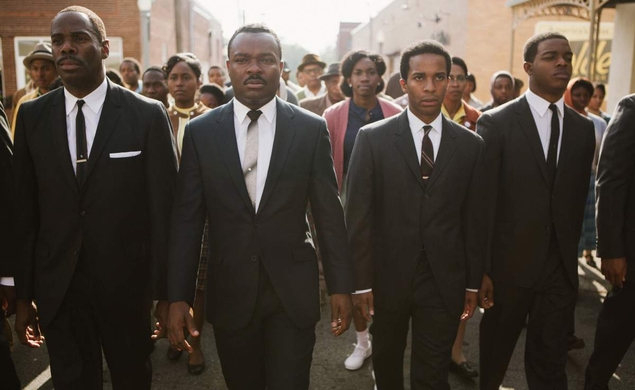 The makers of the critically acclaimed drama Selma are taking what KRS-ONE likes to call “edutainment” seriously. Director Ava DuVernay’s acclaimed film about Martin Luther King’s Selma-to-Montgomery march to support the Voting Rights Act was wildly acclaimed, even as some complained that it misrepresented history and painted King’s relationship with President Lyndon B. Johnson as being more negative and confrontational than it really was.

The film raised further uproar when DuVernay was not nominated for a Best Director Academy Award, even though the film was nominated for Best Picture. But the film scored one hell of a consolation prize when John Legend and Common (who also acts in the film) won the Academy Award for Best Song for “Glory.” Now, there is a very good chance that Selma will be the go-to movie for high-school teachers with crushing hangovers to show their children when they just want to lay their head on their desks and contemplate their regrets. Time reports that as part of its “Selma for Students” initiative, Paramount will send a copy of the DVD  to every high school in America, be they public or private.

DuVernay announced the plan at a United Nations event on Thursday. Companion guides will also be made available for educators who want to use the film to teach students about the Civil Rights movement. This is a lovely idea that will expose the film to a much bigger audience, but the cynical part of us also thinks this is probably one hell of a goodwill-generating tax write-off for Paramount. In that respect, it’d be helping students and teachers and helping Paramount relieve its own tax burden at the same time. Win, win!