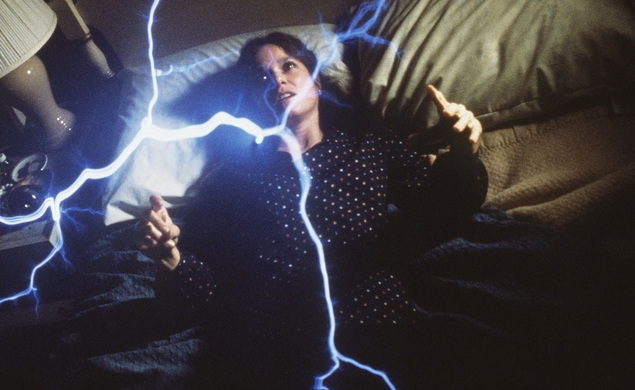 As of Monday morning, James Wan’s high-octane family drama Furious 7 netted over $1 billion worldwide. There’s no way to confirm this, but I’m currently developing a conspiracy theory that after a director’s film surpasses the billion-dollar mark, he or she receives a key card that can be redeemed at any major studio to receive financing for a project of his or her choosing. The Director’s Guild Association won’t return my phone calls, and the bricks I’ve thrown through Guild President Paris Barclay’s windows only got me effectively banned from the state of California. I shall not be deterred from the truth, however.

Further evidence of James Wan’s initiation into the box-office illuminati surfaced last night, when THR ran an item stating that the Australian-born filmmaker would soon produce a remake of 1983 horror gem The Entity. While Wan will not assume the director’s chair in the upcoming remake and a choice for the helm has yet to be named, Wan’s The Conjuring scriptwriters Chad and Carey Hayes will collaborate once again to write up a treatment for The Entity. Roy Lee will co-produce alongside Wan, rising to a position of power within the industry in the early 2000s, following a string of popular remakes of J-horror films such as The Grudge and The Ring.

The original The Entity was based on a true story, a characteristic shared with Wan’s The Conjuring. Barbara Hershey starred as Cindy, a woman violently raped in her own home by an unseen paranormal assailant. After experiencing harrowing flashbacks to the incident, she goes to see a psychiatrist on a friend’s recommendation, who theorizes that Cindy inflicted the damage on herself as a result of a childhood chockablock with abuse both physical and sexual. Over the course of the film, Cindy, her psychiatrist, and a pair of parapsychologists scramble to get to the bottom of the situation and capture Cindy’s invisible spirit tormentor.

This finely aged premise sounds ripe for allegorical commentary. The politics of sexual assault have gotten more thorny than ever, with Rolling Stone’s catastrophic campus-rape exposé centered on a fabricated accusation igniting the debates over falsified claims as well as the general public’s unwillingness to believe survivors. This sounds like a much better idea than your average, run-of-the-mill horror remake. But don’t take my word for it: My good friend Martin Scorsese says the original The Entity is one of the scariest horror movies ever.