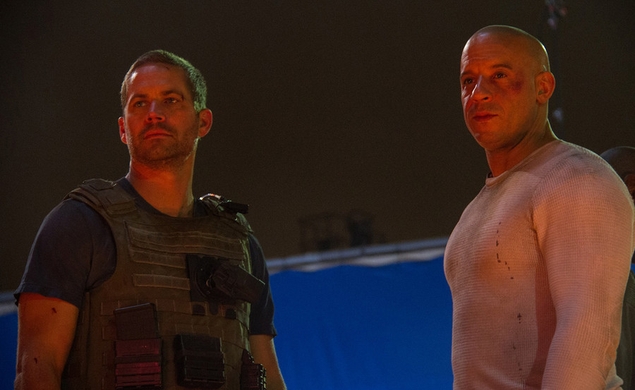 Maybe this is just our world now. Maybe there will never be another No. 1 movie. Maybe it will just be Furious 7 forever. (Just kidding, we have an Avengers movie and a Star Wars movie this year!)

In just its third week at the box office, Furious 7 has become the fastest (naturally) film to cross the $1 billion mark worldwide. Per Variety, the film reached that milestone on just its 17th day in release, while all other billion-dollar earners like The Avengers and Avatar took 19 days to get there. (Also of note: Both of those films were available in 3-D, which leads to heftier ticket prices, making Furious 7’s domination that much more complete. Family!) It’s only the 20th film to reach that (mile) marker, and it joins other huge films like Titanic and Transformers: Age Of Extinction in the hallowed halls of “Big Moneymakers” (perhaps an inspirational title for co-star Ludacris’ next song?).

Domestically speaking, the film held on to first place this weekend, despite some surprisingly robust competition on the form of Paul Blart: Mall Cop 2. Furious 7 made just over $29 million, bringing its domestic take to around $294.4 million. The film was already the top-earning entry in the franchise, but now it’s pulled far ahead of the rest of its brethren (it’s trailed by Fast & Furious 6, which made $238 million during its domestic run, although it never cracked the billion-dollar mark).

Despite dismal critical reviews (the film is still sitting at a 0 percent rating on Rotten Tomatoes), Paul Blart: Mall Cop 2 made a very respectable $24 million in its first weekend of release, good enough to give it second place. The first film made $31.8 million during its own opening weekend, back in May of 2009. Fun fact: Paul Blart: Mall Cop is the No. 1 earner on Box Office Mojo’s “bumbling comedy” subgenre. Sounds about right.

Unfriended, Universal’s cautionary tale about the use of Snapchat (right? that’s what this is about?) came in third place with just over $16 million, and good word of mouth should only keep the horror film growing. Also, what is Snapchat?

The weekend also saw the release of a new Disneynature film, thanks to the adorable Monkey Kingdom, which made $4.7 million, enough to put it in seventh place. Oddly enough, this is the lowest opening for any Disneynature film, coming in just a hair under last year’s Bears.

Elsewhere, a pair of dramas opened in somewhat limited release (over 500 theaters, under 1,000), with the James Franco- and Jonah Hill-starring True Story making just $1.93 million in 831 theaters, while the Tom Hard-starring Soviet-era drama Child 44 bowed in 510 theaters, but only made $600,000.

Indie darling Ex Machina expanded out into 35 new theaters, enough to push it up into 14th place (last week, with just four theaters, it was already in 18th place), and the best per-theater average of the week: a staggering $20,872 per theater. People love robots! They should fear them! Join me!