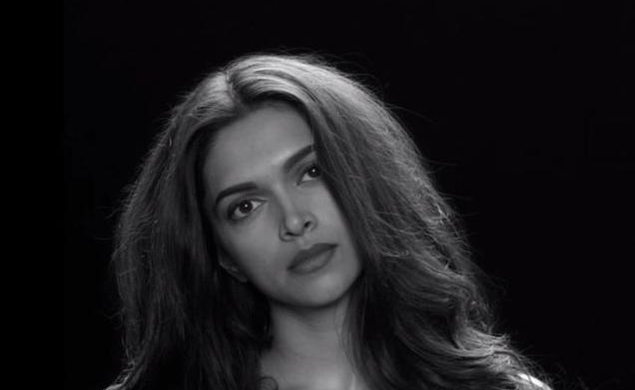 Sign of hope/Harbinger of doom hybrid: Deepika Padukone’s feminist video for Vogue India and the Indian media’s response
The Washington Post’s Soraya Nadia McDonald has a piece this week detailing the feminist activism of Bollywood star Deepika Padukone, who’s been boldly speaking out about women’s rights in a country that still censors on-screen kissing. Most recently, writes McDonald, Padukone “is amplifying the feminist message in a country of 1.2 billion” with a video for Vogue India, directed by Homi Adajania. In the video, Padukone appears with 98 other women, including film critic and gender-equality advocate Anupama Chopra. Here’s the video, called “My Choice,” in which Padukone proclaims, “My choice: to lust temporarily, or to love forever…To have sex before marriage. To not have sex. My choice: to love a man or a woman or both…To have your baby or not…Remember, you are my choice. I’m not your privilege.”

As McDonald explains, Padukone has already made headlines by calling out for wage equality and for criticizing an article that objectified her in the Times Of India, but this is video “solidifies her commitment to gender equality.” This is the “sign of hope” part, of course—while it’s admirable for any woman to speak out about misogyny, the risk is inherently greater for Padukone, who’s inside an industry and a country that has historically mistreated and marginalized its female constituents. (Remember the story about the dude who used “But Bollywood told me stalking is how you get women” as a legal defense for stalking women?) It’s a bold move, and one that should be celebrated (even if, as McDonald points out, it’s a form of “corporatized feminism,” it’s better than nothing, especially in Bollywood).

Here’s the “harbinger of doom” part, though: The backlash Padukone (which, ironically, autocorrect keeps correcting to “Padrone”—even autocorrect is part of the patriarchy!!!) is now facing from the Indian community. Quartz India, for example, called the video “hypocritical,” proclaiming “[Padukone] continues to appear in movies or songs that objectify women in the worst possible manner. In her last film, Happy New Year, released in December 2014, she performed a pole dance for an item number. In the song, she is referred to as the ‘the hottest firecracker.’” A sample social-media response: “if a man would’ve said the same things about affairs outside marriage and walking naked, he’d be lynched.”

Both the general public and the media are missing Padukone’s point entirely; moreover, they’re suggesting that a woman can’t celebrate feeling attractive and empowered, own her sexuality, and also be a feminist. Major props to Padukone for her attempts to smash stereotypes and break down boundaries—but she’s got a long way to go.

For proof, look no further than this week’s New York Magazine, which has an interview with filmmaker Leslee Udwin, whose documentary, India’s Daughters, centering on a fatal rape that took place in India, has been banned in the country for being “highly offensive” and creating “a situation of tension and fear amongst women in our society.” One of the most horrifying portions: During an interview with one of the convicted rapists, Udwin reports that he told her, “Why are they making an example of us? Why are they making such a fuss about us? Everybody’s doing it.”

Sign of hope: Smart, influential people speaking out about feminism
There were several women and one Whedon willing to throw their hats in the feminist ring this week. Here are a few great quotes from around the web:

Harbinger of doom: The C.I.A. vs. Carrie Mathison
Last month, Showtime announced that Carrie Mathison, played by Claire Danes on the hit series Homeland, would be leaving the C.I.A. (but not the show) during the upcoming season. This week, Maureen Dowd of the New York Times spoke to real-life female C.I.A. agents about the news, and their response was… disheartening. The women were categorically thrilled about Carrie’s departure, because they believed her to be a total misrepresentation of female C.I.A agents, a “one-dimensional,” “a centerfold model in tight clothes,” and a “honey pot” who uses sex to get secrets.

All of this is true—Carrie is beautiful, troubled, and occasionally uses sex to get what she wants. But she’s also smart and incredibly complex, a believably written character, and an imperfect one, struggling with mental illness and dealing with consistent trauma. (Also, not that it matters, but she happens to dress in incredibly neutral, J.Crew-esque outfits on the reg—not exactly a “honeypot” in “tight clothes.”) That aside, it’s missing the point to criticize her for “misrepresenting the C.I.A.”

The problem isn’t that Carrie is flawed, and the problem isn’t even really about Carrie. The problem is the way that our culture looks at female characters (something Think Progress' Jessica Goldstein looks at more in-depth here). The problem is, as always, lack of female representation and unfair double standards. Men get to be flawed on screen all the time—you don’t see high-school science teachers upbraiding Breaking Bad for its inaccurate portrayal of high-school science teachers, or the White House berating House Of Cards for its portrayal of D.C. as a Machiavellian hellscape. Carrie—and, as Dowd points out, the equally off-kilter Katherine Heigl on State Of Affairs—are two of a handful of women onscreen who play powerful, high-ranking female spies. And because they’re part of an onscreen minority, they’re expect to stand in for the entirety of the female population and uphold moral standards that are rarely, if ever, imposed on male characters. It’s disappointing that the women Dowd spoke to can’t see that—and, moreover, that they’re buying into the idea that a fictional female must be consistently well-behaved and sexually neutral to feel real or to gain the audience’s respect. (Which, of course, isn’t far at all from the expectations placed on women in real life.)

With a strange lack of self-awareness, the agents in the piece go on to bemoan that real-world expectation. They discuss the struggles they faced trying to find a work-life balance at the C.I.A., talking about how the job ruined their marriages (“I’m no longer married because of the wall [I built around myself]”) and made it difficult to relax (“When these two worlds clash, they clash really hard.”) They even complain about on-the-job double standards (“The truth is, when a man takes an overseas assignment and leaves his family, including his children, it’s seen as more normal than when a woman does that same thing”). But who’s their preferred onscreen representative? Elastigirl, the cartoon superhero from The Incredibles (?). “The entire concept for her was flexibility; she became a mom and a superhero at the same time,” one agent told Dowd. “Just think of us as a work force of Elastigirls.” Right. Because she’s not one-dimensional at all.

(In an apt companion piece: Nathan explores why “Mini Marilyn,” a new cartoon version of Marilyn Monroe, is exploitative and terrible.)

Harbinger of doom: Celebrating this summer’s lady movies
This week, Vulture published a preview of summer films titled “Finally, a summer movie season for women.” “Women are getting guns. And guitars. And emotional inner lives. And the ability to have no strings attached,” writes Kara Cutruzzula. “During the all-important, typically testosterone-soaked summer movie season, women are represented onscreen in roles besides Unidentified Love Interest No. 2.” She cites as examples Hot Pursuit, Pitch Perfect 2, Tomorrowland, Aloha, Spy, Inside Out, The Bronze, Tranwreck, Paper Towns, and Ricki And The Flash.

I want to see all of these movies—preferably in a row—but the logic here isn’t perfect. First of all, let’s not call it a “summer movie season FOR women.” That just furthers the idea that men don’t enjoy entertainment with female leads or directors. Movies packed with ladies are for everybody! And as Flavorwire's Jason Bailey points out, “Aloha is very much packaged as a Bradley Cooper vehicle with Emma Stone and Rachel McAdams as, well, Love Interest Nos. 1 &2” and “while Tomorrowland has a teenage girl as its protagonist, its trailers sure are positioning co-star George Clooney front and center.” Even if all these movies counted as female-centric, they’d still make up a pretty paltry percentage of the summer-movie pie. Yes, it’s progress—and a big step up from 2013, which saw a similar Vulture piece titled, “Do they ever make movies about women? A mathematical analysis from 1989-2013”—but we’re not even close to where we need to be. Let’s not break out the Champagne yet. Okay, we can, but not because of this.

Overall, was this a good, bad, or neutral week for women in movies, Rachel?
I’m gonna give this week a “neutral,” much like everybody would prefer women’s behavior to be. On one hand, we have harsh criticisms lobbed aimed at women who contain multitudes—one fictional, one real—representing a basic inability to accept that a female human might be sexual, or wear tight clothing, or make her own choices about her relationships, or challenge traditional notions of gender and sexuality, or have personality flaws, and also be a) a feminist and b) deserving of respect. But on the other, we have female filmmaker residencies and female-centric film festivals and female-helmed movies and women like Deepika Padukone, who are willing to speak out about gender inequality, even at a detriment to their own lives and careers. So I call it a wash this week. Everybody go home! No, don’t, we have more news and stuff.