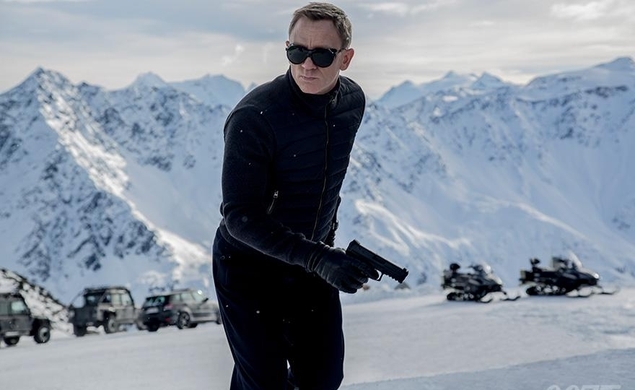 Forget everything you know about Spectre, a.k.a. Bond 24, a.k.a. the James Bond film I was mostly sure had started filming mere days ago and now somehow has a fully kitted-out new teaser trailer for you to watch this very morning. Clear your mind of all the details of the long-promised film, including casting and possible plot, even title! Maybe even forget that Sam Mendes is directing it. Let it all go.

Now you can properly enjoy this new teaser for Spectre.

As is so often the case with James Bond films, we don’t really know that much about Spectre, but a few tidbits have hit the wire over the past few months, including the casting of Christoph Waltz as the film’s primary villain (a confirmed piece of news that has often been accompanied by a small rumor that his character is classic Bond baddie Blofeld and/or the son of a ski instructor). Although we already know that Waltz is going to tear through the film, Bond himself, and probably an unlucky ski chalet or two, this trailer cheekily avoids showing his face. All the better to obscure a large facial scar or hide a pissed-off feline, right? (Of note: it does appear that Waltz is still in possession of his hair.)

A large part of me wishes that this Waltz reveal was just that—a true reveal—and our first indication that Waltz was co-starring in the film (this is why I requested that you wipe your mind of all Spectre-related knowledge, I wanted you to go in clean), but let’s at least revel in the possibility that the man is secretly concealing a cat in the darkness of that last scene.

Spectre definitely appears to be about secrets—amusingly enough, one of Bond’s biggest does indeed look to include some ski slope-set hijinks—which is a fairly standard concept for a film about spies. Yet, despite the relatively long runtime of this teaser, Spectre is still holding plenty back, ensuring that the 24th James Bond film will likely be a thrilling, twist-packed outing, hopefully one that includes all manner of evil kitties and some sort of fraught flashback involving a ski trip gone terribly wrong.

Is it too soon to request a James Bond/Force Majeure mashup?