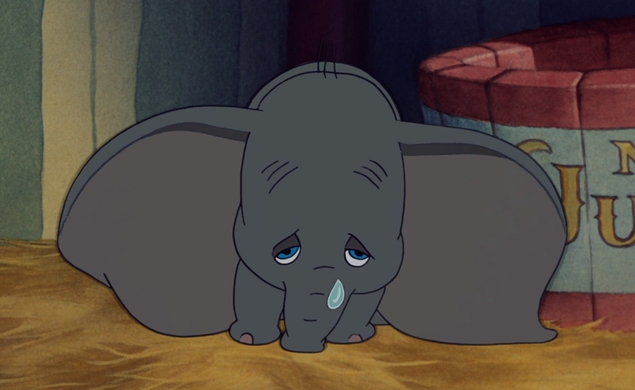 When it was first announced back in July, the news that Disney would release a live-action remake of the timelessly beloved Dumbo was greeted with something less than enthusiasm. Dumbo’s a weird property, for one. The sight of a baby elephant with disproportionate ear-grandeur could very well slip into the Uncanny Valley when rendered in CGI. Furthermore, the original cartoon’s only an hour long, so it’ll need padding, and the stuff contained within that hour can be pretty shocking. The three crows that meet Dumbo rank pretty high up in Walt Disney’s Cuddly-Racism Hall of Fame, and visions of nightmarish pink elephants still send children scrambling to seek refuge with their parents in bed.

But the darkest portent for this project was the involvement of scriptwriter Ehren Kruger, the man responsible for Transformers 2-4 and Blood And Chocolate. That’s already a lot of stuff for the film to overcome, but surely with the right director, things would be fine. Disney just needs someone with vision, willing to make creative risks instead of leaning on tired retreads of the same old—

Tim Burton. They got Tim Burton. It’s not just that the once-thrilling director has become mired in a vast sea of middlebrow flops, and it’s not just that live-actionification of timeless Disney properties invariably ends up flavorless and generic. It’s that we already know for a fact that this doesn’t work, back from the last time Tim Burton updated a core Disney property for the large-computer-generated-armies-fighting-for-whichever-reason era. Burton’s Alice In Wonderland was an expensive bore, visually and thematically indistinguishable from the scads of like-minded blockbusters saturating theaters. Excepting a game performance from the consistently wonderful Mia Wasikowska, Alice In Wonderland certainly felt like a failed experiment. But to studio executives, anything that turns around a billion-dollar box office on a measly $150-200 million investment is no sort of failure, regardless of what the Internet’s movie nerds may cry.

And so Burton’s back in the game, preparing to Burtonize another scrap of pop culture from younger, more innocent days. Perhaps the focus will be soft, with much of the color dulled or drained from the frame completely. Perhaps Johnny Depp will agree to don a jaunty sort of hat and outlandish costume to play a colorful eccentric. It’s Dumbo, but don’t underestimate Burton and Ehren’s ability to steer the script toward a place where it’d make sense for huge CGI armies to do battle.

How much are the rights to Fantasia? If we all went splitsies, could we afford to buy them and guarantee that the movie won’t ever be remade by Tim Burton? That sounds nice.