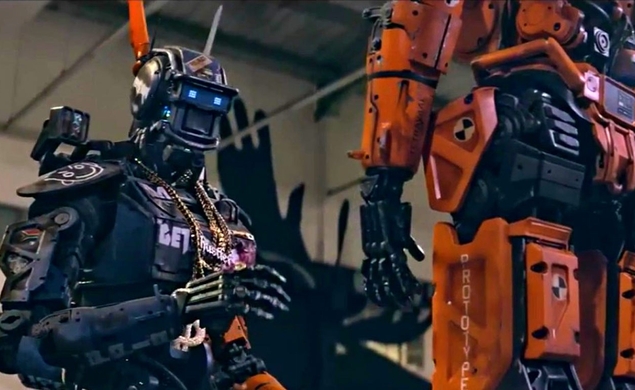 The first week of March has never been particularly kind to the box office, and 2015 was no different. With a top twelve gross that amounted to just $79 million, this past weekend rings in as the lowest-earning period of the year so far (second place belongs to January 30 to February 1, which saw its top twelve films making just $84.5 million) and the lowest-earning weekend since December 5 to December 7 of last year (the weekend Exodus: Gods And Kings debuted, just for some reference as to what was available for moviegoers to consume at their local multiplex). Despite a bevy of different options to enjoy, audiences mostly stayed away from the movies, a trend that will likely end this weekend, with the release of films like Cinderella and Run All Night.

With $13.3 million in opening weekend returns, Chappie robotically stomped into first place. The Neill Blomkamp sci-fi outing saw the director’s lowest opening weekend, as both District 9 and Elysium earned over $29 million in their first weekends. Those films went on to make $115 million and $93 million, respectively, during their domestic runs, high marks that already seem to be out of reach for Chappie, which has been plagued by bad reviews (the film is currently sitting at a dismal 29% on Rotten Tomatoes).

At least Chappie performed better than the weekend’s other big wide release, the Vince Vaughn-starring comedy Unfinished Business. The film opened in tenth place with $4.8 million, giving Vaughn the worst wide release debut of his career (second place belongs to Delivery Man which, incidentally, was made by the same director as Unfinished Business, Ken Scott). Unfinished Business opened in 2,777 theaters, giving it a twenty-third place showing as it applies to per screen returns—even limited release Timbuktu, in just 36 theaters, did better).

The Second Best Exotic Marigold Hotel opened in third place, hitting a respectable $8.6 million in just 1,573 theaters. The first film made similar numbers, as it pulled in $6.4 million when it first hit wide release back in May of 2012 (it had already made over one million in two weeks of limited release).

The big story of the weekend, however, has nothing to do with new releases or even 2015 releases, as American Sniper made $4.5 million in its eleventh week of release, pushing it into the number one spot for all 2014 releases. The Clint Eastwood film finally topped The Hunger Games: Mockingjay—Part 1 with $337.2 million dollars, as the YA series entry currently clocks in at just (ha, just) $336.9 in domestic returns.