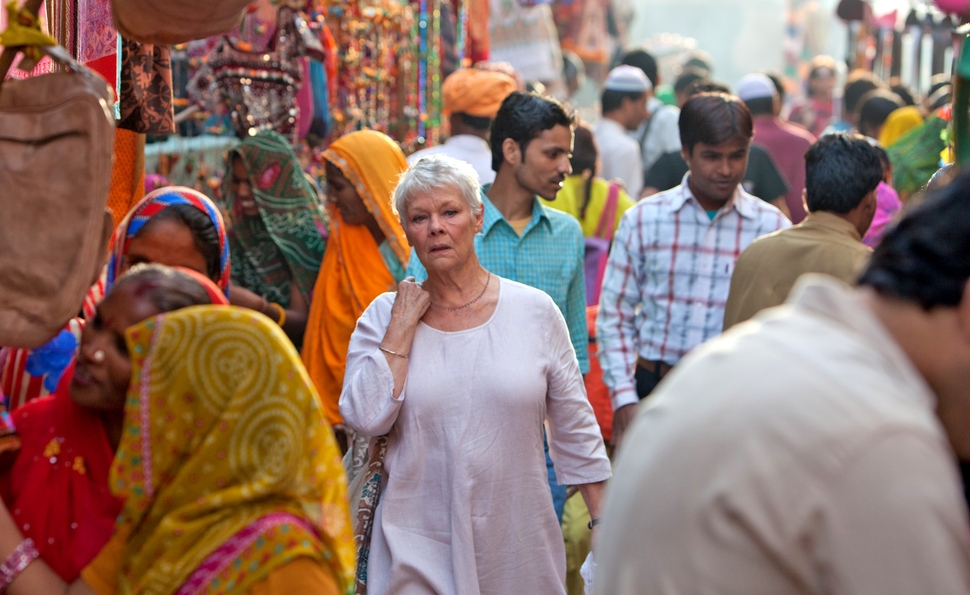 What’s the point of a culture-clash comedy once the clash is over? That’s the question at the heart of The Second Best Exotic Marigold Hotel, and one it never gets around to answering. Or, put another way, one whose obvious answer it spends more than two hours confirming. It would be a mistake to overstate the charms of 2011’s The Best Exotic Marigold Hotel, but its combination of scenic Indian locations and veteran British acting talent created the cinematic equivalent of a cup of Celestial Seasonings Sleepytime tea. Adapting a novel by Deborah Moggach, it also found a fair amount of spark in its central premise, which found a group of British retirees relocating to a ramshackle Indian hotel for their golden years. Characters grappled with feelings of uselessness, regret, mortality, and deep-seated racism. True, all those issues got resolved a bit too patly by the end, but they still felt like real problems.

In the sequel, the characters only meet contrivances. The Second Best Exotic Marigold Hotel picks up the action eight months later, and finds most of the characters from the first film settled comfortably into their new lives. Muriel (Maggie Smith) now works closely with Sonny (Dev Patel), the young proprietor of the Best Exotic Marigold Hotel. Evelyn (Judi Dench) has found gainful employment working for a textiles buyer. She’s also embarked on a tentative relationship with Douglas (Bill Nighy), now decisively separated from his wife Jean (Penelope Wilton) and working for a tour guide. Meanwhile, Madge (Celia Imrie) has to choose between two wealthy suitors, and Norman (Ronald Pickup) attempts to adjust to life in a committed relationship.

Though they get the least amount of screen time, Second Best’s handling of these last two characters is indicative of its approach throughout: While attempting to decide between the two men who want her hand, Madge talks to her humble driver. Drunk one night, Norman talks about the advantages of life without a steady girlfriend, then unwittingly hands his cab driver a wad of cash, only later realizing this might be interpreted as an attempt to take out a hit on her life. It’s hackneyed material, only barely livened up by the talented cast. That extends to the rest of the film, which works up much bluster over non-crises and spends an awful lot of time on a non-starting subplot in which Sonny attempts to impress an American visitor named Guy (Richard Gere), whom he believes is a hotel inspector visiting on behalf of a potential investor. Meanwhile, Guy embarks on an out-of-nowhere courtship of Sonny’s mother (Lillete Dubey). Patel turns every scene into shtick, while Gere underplays his exasperation. It’s a study in contrasts in which no one appears to learn anything.

As before, Shakespeare In Love’s John Madden provides sturdy direction, keeping the pacing as brisk as this many subplots will allow, and never missing a chance to capture a picturesque backdrop. The cast, as expected, does what they can with the thin material—which is to say, not much. Where the first film kept insisting that drama and liveliness need not disappear in the golden years, its sequel feels almost like a rebuttal. Hopefully everyone involved will find something better to do before this unexpected franchise opens up a third location.