In a refreshing change of pace, How To Train Your Dragon will stop at 3 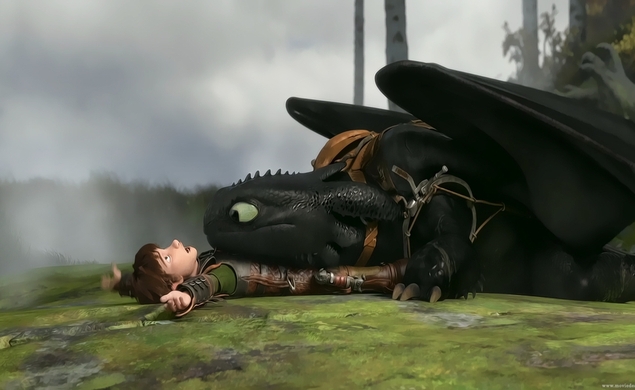 It’s been a big week for sequels and franchises (scratch that: It’s been a big, oh, let’s say decade for sequels and franchises), what with Warner Bros.’ announcement yesterday of a whole bunch of DC movies (including a two-part Justice League) and ongoing Lego Movie and Fantastic Beasts And Where To Find Them series. (Not to mention an out-of-nowhere Joe Dirt sequel that, as far as we can tell, has still not been revealed the elaborate hoax it surely must be.) So it’s refreshing to hear that a notoriously sequel-happy company like DreamWorks Animation—future home of sequel-to-a-spinoff Puss In Boots 2!—may not be making a fourth entry in one of its most successful franchises.

Teasing an upcoming interview with How To Train Your Dragon 2 director Dean DeBlois, Collider has posted some tidbits about the future of DreamWorks Animation’s most critically, if not commercially, successful series. Most of the talk centers on the in-progress How To Train Your Dragon 3, which was recently moved from a 2016 to 2017 release date; but there’s also an interesting reaction from DeBlois to a question about DreamWorks Animation head honcho Jeffrey Katzenberg’s intimation that the series could extend beyond the trilogy it was originally conceived as. “I think I’ve talked [him] down from that,” DeBlois tells Collider, continuing that while there may be spinoffs beyond Dragon 3, he has no real interest in being involved past the third movie.

DeBlois characterizes How To Train Your Dragon 3 as the third act of a trilogy that sees the coming-of-age of Hiccup (voiced by Jay Baruchel) to completion. And while it’s not outside the realm of possibility that DreamWorks could decide to go the Puss In Boots route and detour into a separate spinoff franchise (perhaps one that rescues Cate Blanchett’s Valka from narrative obscurity), it’s nice to know the DeBlois views How To Train Your Dragon as a discrete, finite story, rather than a potentially deathless franchise a la Madagascar.

The Collider piece has more with DeBlois on his plans for the second and final Dragon sequel, which, among other things, he says will have “a lot more Toothless emphasis in it.” Considering the strongest parts of the second film centered on, as Tasha Robinson put it in her review, “unabashed fanboy love of dragons,” this is a promising sign for a satisfying conclusion to this lovable series—wouldn’t you agree, Toothless?