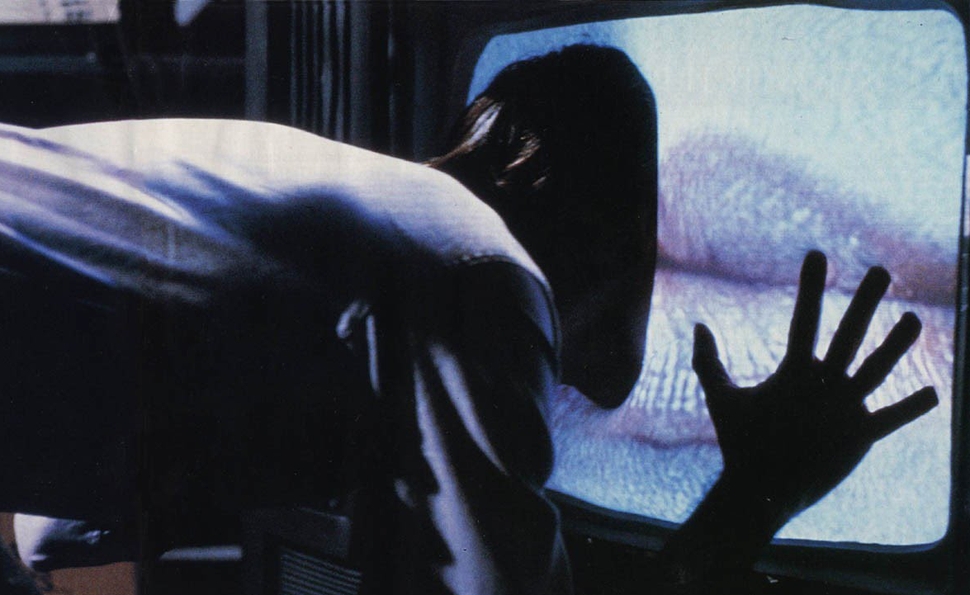 The prescient analog nightmare of Videodrome

David Cronenberg’s Videodrome is about the convergence of man and machine, and the ever-narrowing distance between ourselves and the technology that consumes us. It’s about a conspiracy forged over wired networks. It features a “hacker” who accesses encrypted information, and power brokers who control people’s minds remotely and anonymously. It imagines a future where reality and fantasy are indistinguishable, relationships are virtual, and the screen and the flesh are composed of the same organic, pulsating material.

Videodrome was produced in 1983.

The word “prescient” gets thrown around a lot, often in cases where artists don’t have to be weathermen to know which way the wind is blowing, but Cronenberg’s crystal ball saw today more clearly than a contemporary science-fiction film like Transcendence. The Internet as we know it did not exist in 1983, nor did hackers of the kind we know now. And though the threat of television—and screens in general—as a dangerous, mesmeric force in the culture was kicked around for a long time before Videodrome, the particular form of “connectivity” in the film seems to anticipate the future, too. Replace the vaginal VHS slot in James Woods’ stomach with a USB port, and what’s the real difference, beyond an upgrade in the way information is uploaded?

But the key to Videodrome’s prescience is that Cronenberg isn’t interested in being prescient at all. He’s simply turning the present into a nightmare, and that nightmare is what the dark side of progress looks like. At the height of the VHS era, when the illicit pleasures of the movies—and the outlands of cable television—could be indulged, without shame, from the privacy of one’s own home, Cronenberg starts with that desire and watches it grow. Here, that means following one man’s quest to find the limits of what’s possible and go beyond it, to where the television isn’t just transmitting a signal, but is an active partner and biological component, “the retina of the mind’s eye.” As brainy as Videodrome is—like Cronenberg’s work in general—the film has an intuitive, id-driven quality, one that transcends logic by creating its own.

It’s all wired up to Woods’ electric performance as Max Renn, the president and Chief Perverted Officer of CIVIC-TV, a way-down-the-dial Toronto station that airs under the slogan, “The one you take to bed with you.” Max specializes in giving pervy viewers what they want, which is mostly late-night softcore exoticism with titles like Samurai Dreams and Apollo & Dionysus. (Cronenberg plainly had a ball filming the former, which features a dildo costumed in a tiny kimono.) Max’s restless desire to push the envelope—as much for his gratification as for his viewers’—leads him to Videodrome, a show of obscure origin that features nothing but naked women being tortured against a clay wall. Meanwhile, Max embarks on a kinky new relationship with sadomasochistic psychiatrist and radio host Nicki Brand (Deborah Harry), whose interest is piqued by this transgressive footage. When CIVIC-TV’s staff hacker locates the signal in Pittsburgh, Max and Nicki enter into a dangerous world of snuff, mind-and-body control, and technological conspiracy.

Let me confess something up front here: After a certain point in Videodrome, I have no idea what the hell is going on. The corporation behind the illicit broadcast, Spectacular Optical, has a vaguely sinister intent, as does its leader, Barry Convex (Leslie Carlson), who seeks to punish folks like Max for their moral laxness. And then there’s the mysterious Professor Brian O’blivion (Jack Creley), a Marshall McLuhan type who appears only on the television, which he sees as the future home of all humanity. The conspiratorial intrigue involving Spectacular Optical, O’blivion’s prophecies, and the grotesque transformation of people like Max into brainwashed mutants gets awfully murky and hard to parse. 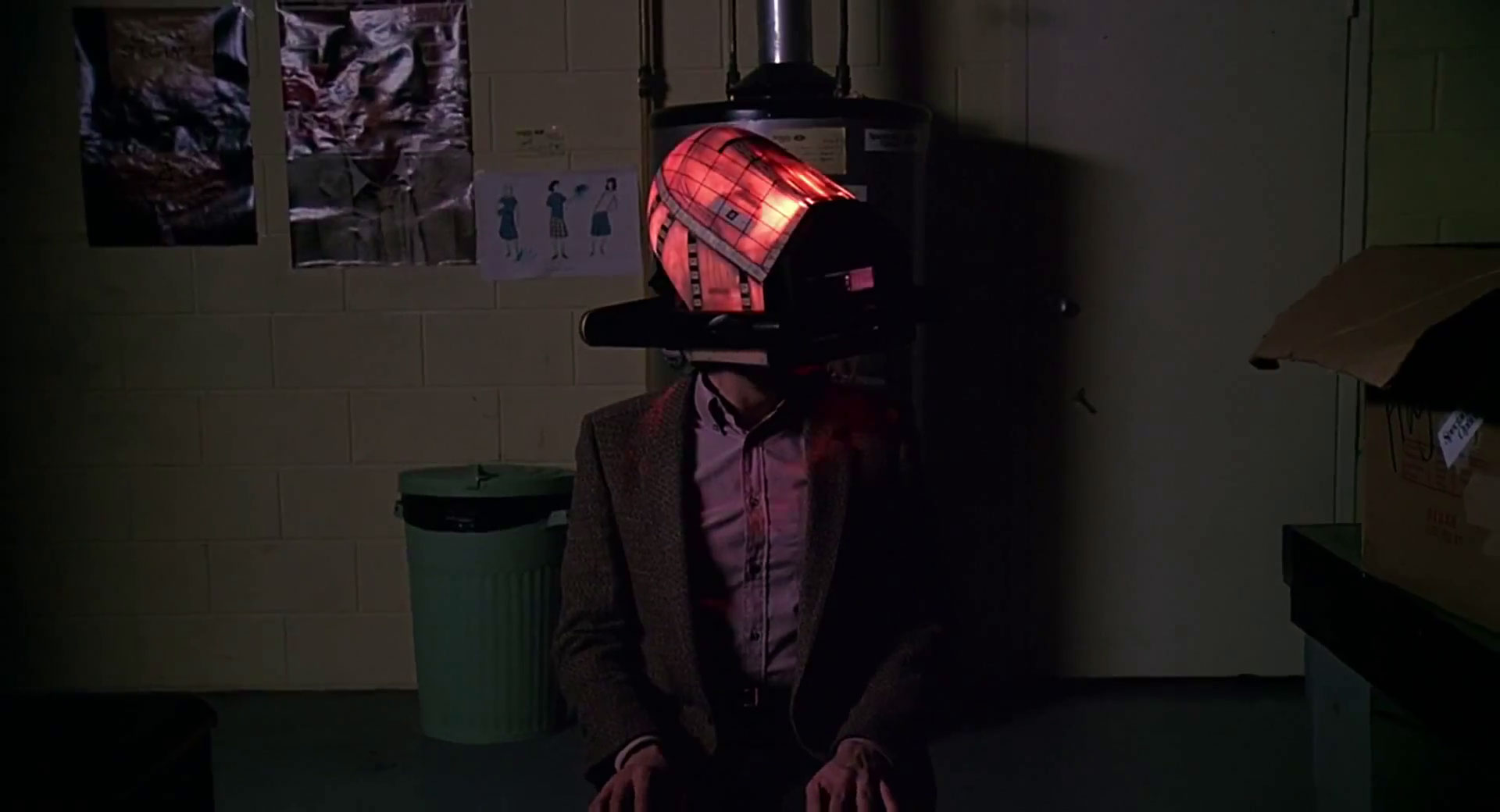 That doesn’t mean Videodrome is impossible to piece together, but I’m not sure it’s relevant, in much the same way it’s not worth puzzling out the forward-thinking biochemistry of Shane Carruth’s recent head-scratcher Upstream Color. Cronenberg leads us through Videodrome like spectators of an evolving nightmare, asking the audience to identify with Max Renn’s turn-ons and follow him straight down the rabbit hole. The film is ambiguous about the moral wrongness of Max’s attraction to exploitative sleaze, but even if viewers are inclined to write him off as a lowlife, there’s something universal about his relationship to technology and the changes it makes to his mind, body, and basic perception of the world. People could feel that in 1983, and they feel it even more acutely now, when movies as diverse as Her and Transcendence imagine what “the Singularity” might look like, as the gizmos that are currently extensions of ourselves make the physical form seem as clunky and obsolete as yesterday’s ColecoVision.

For those weaned on exploitation films—and surely Cronenberg can be counted among them—there’s a special allure to Videodrome, tied to Max’s pursuit of the weird and wild, and a lot of free time spent alone in a darkened living room. Beyond any plot details, the film’s basic iconography is extremely seductive: The television as an elastic, pink-skinned receptor that actively responds to the viewer; the videocassette as an undulating beast, alive with dark possibility; an immersive experience beyond compare. Cronenberg turns this scenario into a nightmare, but give it another turn, and it sounds a little like fantasy, doesn’t it? The fun irony of Videodrome is that it’s the kind of movie Max Renn, and the Max Renns of the world, would find appealing. It’s an out-there sex-and-gorefest that goes beyond the limits of what’s expected or deemed socially acceptable.

There’s no doubt Cronenberg intended it that way, too: Without his intellect giving some perspective and shape to the raw material spilling out of his psyche, copies of Videodrome would probably pulsate menacingly, too, and be viewable only through portals in our stomachs. (But would our tummies be region-free?) Cronenberg got better at giving similar ideas more shape later in his career—1999’s eXistenZ is more or less a gamer’s modification of the same material—but no film of his feels as personal or deliberately unprocessed as Videodrome, which treats the act of viewing as a viral infection that metastasizes the more it’s consumed. Cronenberg is speaking to VHS junkies—and, across time, to streaming networks of today—and seeing a future where the borders between us and technology are porous, and we become integrated with the devices that obsess us.

Tomorrow, our Videodrome discussion continues with a staff forum on the film’s sex, violence, and legacy. And on Thursday, Keith Phipps looks at other films of the 1980s that expressed a fear of television.