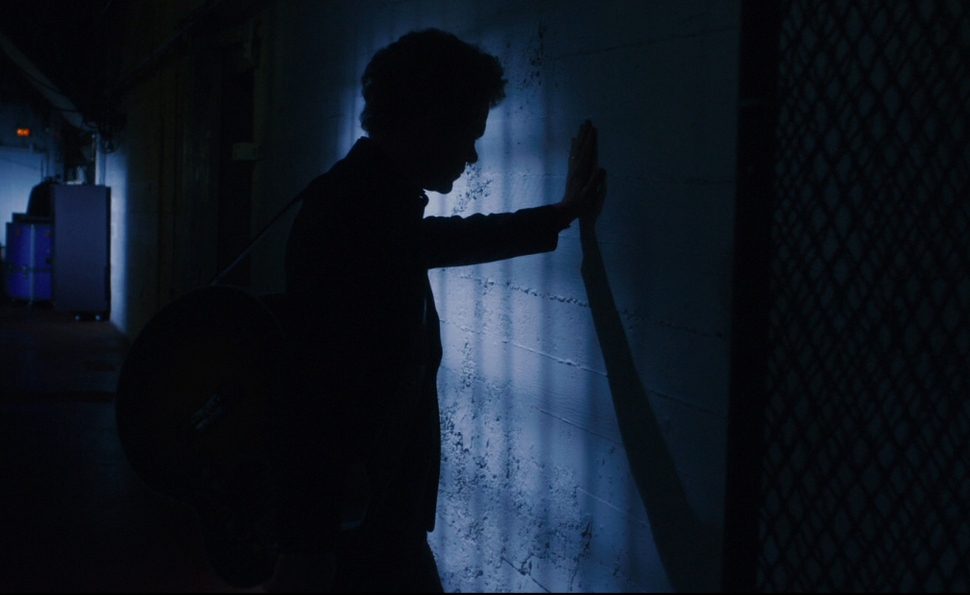 How Walk Hard revived the lost art of the spoof

It’s the end of the road for Dewey Cox, and what a beautiful ride it’s been. After 20 years away from music, and the attendant vices of recreational drugs and available women, Dewey has survived multiple stints in rehab and prison, gotten back with the love of his life, and learned to be a father to 22 children of varying ethnicities. But coming back for one last career-capping performance at the Lifetime Achievement Awards means wrestling with those old demons one last time, whether it’s the groupies backstage or the latest designer drugs. (Viagra, as it happens.) “Hate to let you down, old friend,” he tells his longtime drummer (Tim Meadows) and gateway to mind-altering narcotics, “I don’t wanna succumb to the temptations.” And what awaits him outside his dressing room? None other than The Temptations, singing an a cappella rendition of their R&B classic, “My Girl.”

Though moments of inspired silliness are scattered throughout Jake Kasdan’s spoof Walk Hard: The Dewey Cox Story, that one joke is the closest the film gets to recalling the Zucker Abrahams Zucker team, who mastered the spoof with Airplane!, Top Secret!, and The Naked Gun, and were definitely not above this sort of punnery. (“Nice beaver.” “Thank you. I just had it stuffed.”) But the spoof as a form drifted away from the ZAZ team, and from earlier progenitors like Mel Brooks. And by the time Walk Hard was produced, it was the single lowest form of film comedy, thanks to the Scary Movie sequels and the unspeakable blockbuster parodies of Jason Friedberg and Aaron Seltzer (Meet The Spartans, Date Movie, etc.) The makers of these terrible modern spoofs took the wrong lessons from the Zucker-Abrahams-Zucker films, believing that movie references in themselves had comic value (as if viewers will feel validated when they recognize a nod to a movie that made $200 million), and that joke-room spitballing was the best approach to scripting.

The first mistake is an obvious one, as anyone who’s survived a Friedberg/Seltzer movie can attest: Altering, say, a popular joke from Meet The Parents by making it grosser doesn’t make an already-funny scene funnier. The second mistake is more understandable, since David Zucker made it himself frequently in the Naked Gun sequels, and Jim Abrahams did likewise in his Hot Shots series. Spoof does open the door for random silliness like the Temptations pun, but opening it up to a see-what-sticks fusillade of jokes isn’t really advisable, because there’s no structure to hold the film in place when the jokes inevitably fall flat. The secret to spoofs is, they require just as much discipline as a farce or a satire. They need to keep paying off their central conceit without being driven off track by strung-together references and silly non sequiturs. 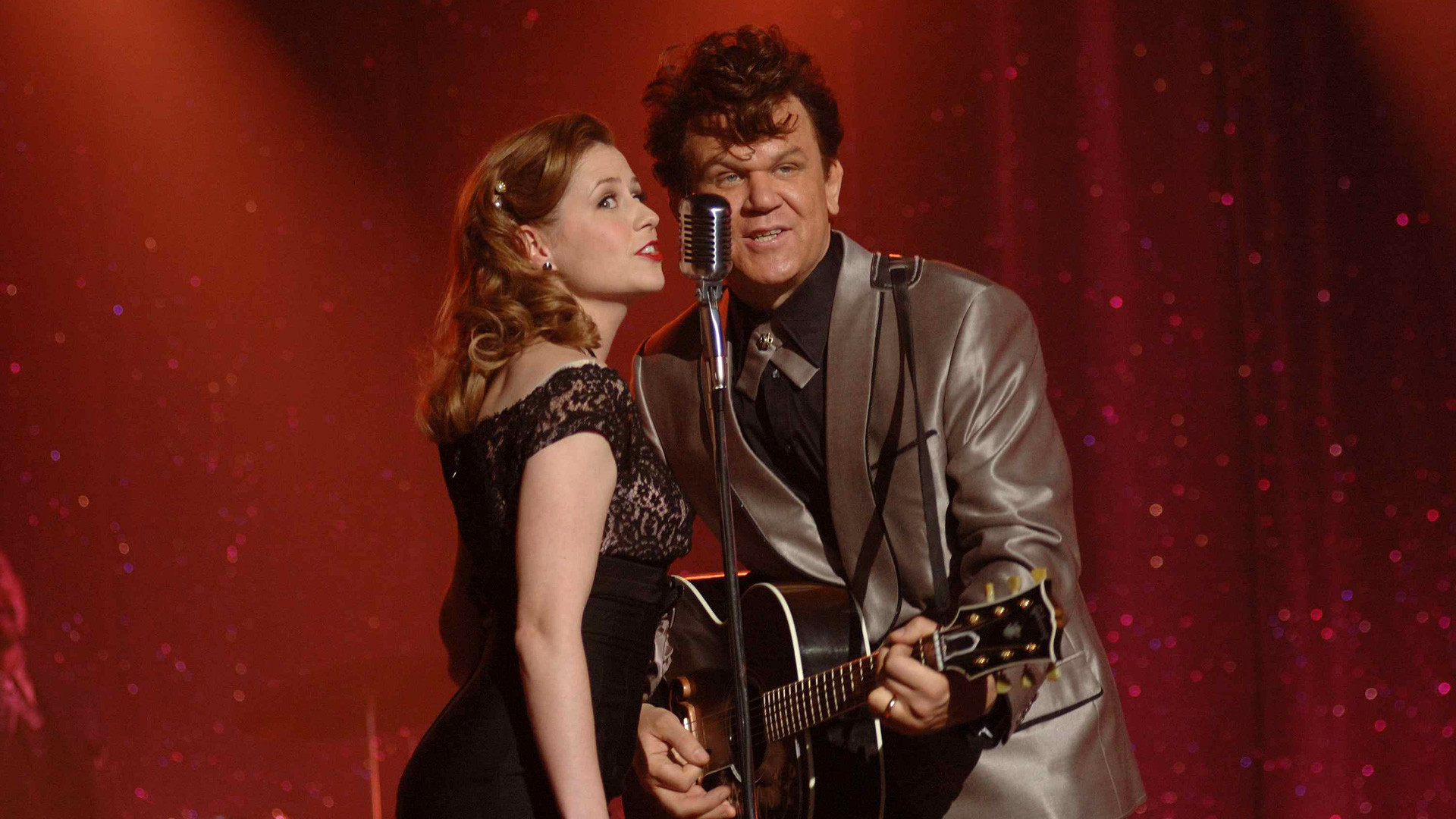 As a noted student of comedy, Walk Hard producer and co-writer Judd Apatow seems like the right person to bring this disreputable form back from the dead. And in this musician biopic, he and Kasdan have chosen a sub-subgenre with all the clichés of the standard biopic—the cradle-to-grave shapelessness, the tacky “eureka” revelations, the expository dialogue, the phony redemption—and the added benefit of cameos from real-life rockers, who have a tendency to live out their forebears’ clichés. So it’s an endlessly rich well for Kasdan and Apatow to tap without having to dip too far into random silliness for its own sake—though even when they do that by, say, having two characters tragically cut in half in machete fights (“Dewey, I’m cut in half pretty bad”), it’s supported by callbacks and payoffs. Walk Hard is a funny, wide-ranging, era-spanning comedy with the joke-a-second ethos expected of a spoof, but it’s as conceptually rigorous as Airplane! or Young Frankenstein, and that’s what holds it together.

The primary source for Walk Hard is Walk The Line, the acclaimed Johnny Cash biopic with Joaquin Phoenix as Cash and Reese Witherspoon as June Carter. The connections between the two run deep. Like Cash, Dewey had a rural upbringing and disapproving father (Raymond J. Barry, perpetually guilting Dewey for accidentally killing his more talented brother in that machete play-fight). He takes a young wife and leaves her at home with multiple children as he pursues his career. (Kristen Wiig, with infants crawling out of the woodwork.) A prim Christian singer resists his advances, then becomes his collaborator and wife (Jenna Fischer, who sends up the hot-and-cold signals of Witherspoon’s June Carter, to devastatingly funny effect). And then there are the bouts with addiction and incarceration that informed the Cash legend, and give this Cox more than it can handle.

And yet Walk Hard is bigger still, encompassing not only a series of biopic influences (Ray and The Doors most prominently), but the phases of several different artists and encounters with rock history. Cox is Elvis at Sun Records, Bob Dylan in Don’t Look Back, Brian Wilson recording “Pet Sounds,” The Beatles meeting the Maharishi, and sexy poet-genius Jim Morrison. Kasdan and Apatow delight in having Cox Forrest Gump his way through all the great moments and figures in rock history. They also score casting coups like Jack White as an uncanny Elvis, and Paul Rudd as a supremely Liverpudlian John Lennon. A lot of the jokes come from the biopic tradition of plugging significance into every utterance (“Imagine,” “While My Guitar Gently Weeps,” “When I’m 64,” and “Octopus’s Garden” all get conceived in a two-and-a-half-minute Beatles scene), reducing complex band dynamics to inane conflicts, and explaining who and what in the dialogue. (“What do you think, George Harrison of The Beatles?”) Accounting for genius of any kind, musical or otherwise, is beyond most biopics’ imagination, and Walk Hard exposes the folly of trying to account for the ineffable. 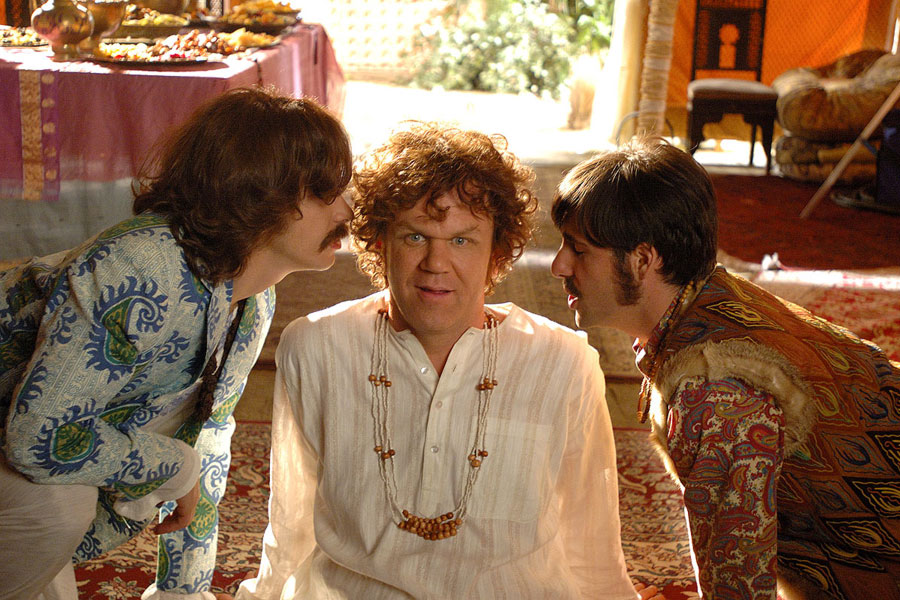 For as much as Kasdan and Apatow’s script endlessly pings the narrative conventions of the musical biopic, from the tidy Behind The Music arcs to particulars like the steady descent into booze and pills and the related shift into edgier work (“Goddammit, this is a dark fucking period!”), Kasdan’s visual scheme is just as sophisticated and funny. The shimmering gold letters, the shot of Cox leaning backstage in noir silhouette, the view from the stage with the lights and the crowd in shallow focus, the amber-filtered/wood-paneled wholesomeness of rural Alabama, the Steadicam busyness before a performance, and the ridiculous montage of “Walk Hard” becoming a No. 1 hit within an hour of its release, complete with the obligatory screaming teens and pan up the Billboard charts—all are either jokes in and of themselves, or a knowing mimicry of the biopic template. Comedies often rely too much on dialogue and performances to carry the humor, but Walk Hard invests just as much in aping the look of the films it’s parodying, and the added production values make a difference, even when they’re not deployed in service of any specific joke.

Walk Hard paints outside the lines plenty: The “Jews who control show business” re-imagined as Hasidic, the hotel orgy scene with a flaccid penis repeatedly insinuating itself into the frame, Dewey’s dead brother reappearing as Jonah Hill as a belligerent specter who can’t jerk off with his “ghost hand”—pick a favorite. But you can’t paint outside the lines without establishing the lines first. Kasdan and Apatow’s script draws from an endless wellspring of facile myth-making bullshit, but Walk Hard is a marvel of architecture first and foremost, and the one-liners, songs, and inspired casting merely pay it off. It’s a real movie, not a collection of good jokes, and that’s rare in modern American comedy.

The Walk Hard discussion continues over in the Forum, where Keith and Genevieve talk over its inspired casting, musical moments, and box-office disappointment. Come back on Thursday when Noel Murray reviews the history of modern music as told by fictional movie musicians.