Lionsgate gets into the gritty Robin Hood game 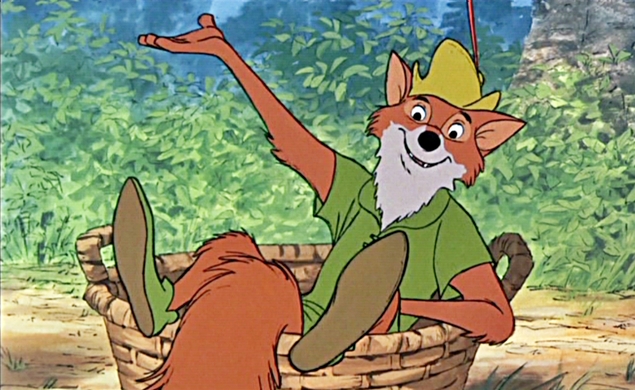 Hollywood didn’t listen. Back in February, our own Rachel Handler demanded that the industry stop the madness and cease making not one, not two, not three, gosh not even four, but five new Robin Hood films. Again, they didn’t listen, and everyone in sunny Los Angeles directly involved in the development and production of feature films seems convinced that the world is wild about the marauding do-gooder and his band of merry man, ravenous for still more stories about men in tights. (We already have Robin Hood: Men In Tights, what more could people possibly need?)

The latest news on the Robin Hood front, per Deadline, is that Lionsgate is negotiating to pick up Robin Hood: Origins, the Joby Harold-penned script that pushed Rachel to scream for leniency just weeks ago, a supposedly “edgier take at the fabled do-gooder who stole from the rich and gave to the poor.”

It’s long been fun to joke about Hollywood’s love for “darker and grittier” takes on existing material, but the industry’s obsession with such reimaginings is so prevalent that it’s actually moved beyond “funny because it’s true” territory into something far darker (and grittier!?) and indicative of the lack of creativity that appears to be running rampant in modern movies.

Harold’s film joins other dark, gritty, sigh projects in various states of development, including Disney’s Nottingham & Hood, a “revisionist take” on the material that apparently rings of both Pirates Of The Caribbean and Enchanted, and Sony’s Hood, which has been likened to both Fast And Furious and Mission: Impossible. (I’m sorry, what?).

Elsewhere, there is a pair of smaller Robin Hood films to look forward to (?), including Brandon Slagle’s Robin Hood And The Prince Of Aragon and Robin Hood 2058 by American Sniper’s Jason Hall.

It remains to be seen if any of these films will include handsome foxes zipping about in tights, but just because that’s been done before, don’t expect Hollywood to not revisit it for more Sherwood Forest green bucks.