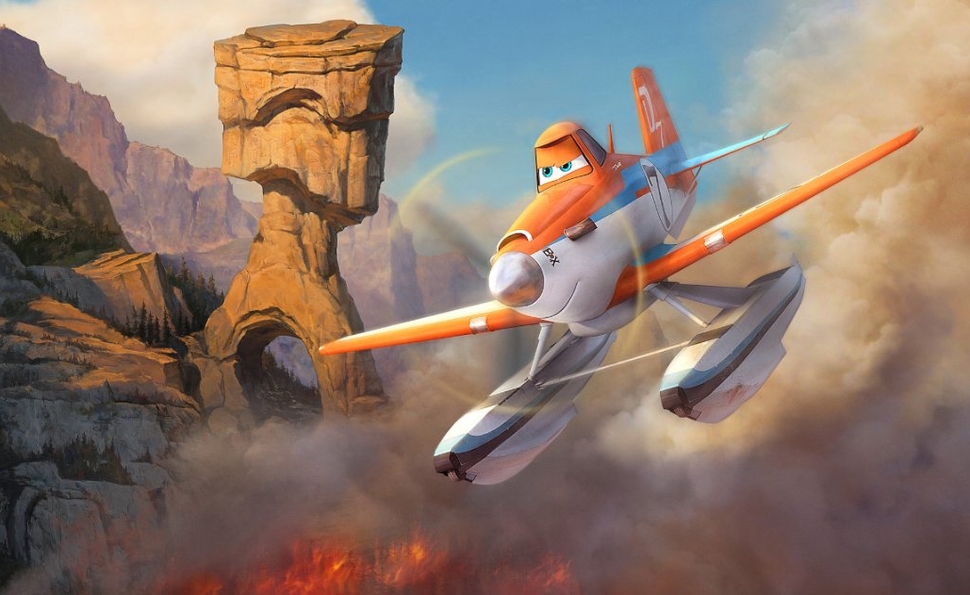 Once upon a time, the most common praise for Pixar movies was that they were aimed at children, but made for adults. In that light, it can hardly be seen as a coincidence that the brand’s reputation took an irreparable nosedive after 2006’s Cars. The ill-conceived but astonishingly profitable tale of a world populated by sentient automobiles raised so many questions about the logistical implications of a vehicle-based society that the movie was not only the first Pixar title exclusively targeted at kids, but also the first to explicitly reject anyone old enough to ask the most basic questions about sex, class, and the environment. That’s not to say that an explicit montage of a Jaguar mounting a Ferrari would have helped clarify things, only that a dimwitted tow-truck with teeth requires a little explanation. There’s a fine line between suspending disbelief and expelling it forever, and the pet project of Pixar CCO John Lasseter swerved all over it.

Last year, in a bid to keep churning out fresh merchandise without doing further damage to the integrity of his most beloved company, Lasseter launched a Cars spin-off franchise called Planes, developed under the aegis of DisneyToon Studios (for which he is also the CCO). The story of an orange crop-duster named Dusty Crophopper (Dane Cook) who dreams of becoming a racer, Planes naturally took the world of Cars to the skies, hinting at an elaborate caste system between those vehicles who can fly and those whose wheels are stuck on the ground. Of course, in the utopian spirit of these movies, all the various types of transport work together as harmoniously as any massive corporation requires.

Planes: Fire & Rescue, which has the distinct whiff of a quick cash-grab sequel even though it’s been in production for more than four years, abandons its precursors’ competitive speed-race structure in favor of an eco-disaster story about wildfires in the Pacific Northwest. Beginning with a title card dedicating the film  to America’s brave environmental responders, Fire & Rescue promptly introduces a scenario in which our nation’s most courageous civil forces are literally conflated with the equipment they use.

As the film begins, Dusty has effectively become the Lightning McQueen of the air-racing world, with a design, personality, and function now so transparently recycled from the absent Cars protagonist that he raises questions of reincarnation in a world where the basics of life and death remain inexplicable. While Dusty has conquered his fear of flying, he’s suddenly faced with a new and more troubling problem: a busted gearbox. In other words, the beloved plane—who has about as much charisma as an actual plane, and two pupils congealed into one giant eye—needs an organ transplant if he ever wants to race again. Unfortunately for Dusty, the particular model of the device he needs to increase torque while reducing the speed of his motor crankshaft is no longer manufactured. And so, after accidentally causing a fire one evening, he’s conscripted into the wild, wacky ranks of the Piston Peak Air Attack team, where he begins training for a new life as a firefighter.

The team of interchangeable aircrafts, who speak exclusively in one-liners and are distinguished less by their functions than by their quasi-recognizable celebrity voices, is led by a rescue helicopter with a dark past (Ed Harris as Blade Ranger). The least unpleasant characters are all familiar Pixar types, all manic energy and shamefully enjoyable puns (e.g. a pick-up truck hitting on girl cars in a bar). More tiresome are the film’s female characters: It says a lot about Hollywood that even a movie about sentient firefighting airplanes somehow manages to portray women demeaningly. Julie Bowen voices Lil’ Dipper, a Super Scooper who has a regressively obsessive crush on Dusty. It’s the kind of dynamic that requires a fine-tuned comic nuance in order not to feel lazy (think of Mel, Kristen Schaal’s character in Flight Of The Conchords), and it’s made that much worse when the only other significant female character in the film is a forklift voiced by Teri Hatcher.

The story, such as it is, is mercifully told without an ounce of fat. The speed at which the plot moves is best conveyed through Mark Mancina’s soundtrack, which spans 33 tracks in less than 80 minutes, breathlessly moving from “Dusty Crash Lands” to “Nobody Has Your Gear Box,” from “Dusty Saves the Day” immediately into “Saving Dusty.” Fire & Rescue is indeed a film that knows its audience, and plays to them at the expense of the people who paid for their tickets. The jokes are few and far between, and the film lacks the spark of imagination required to engage meaningfully with young viewers (the only sense of wonder it inspires is in adults, wondering how the hell any of this stuff makes sense), but Fire & Rescue is a competent distraction all the same, mostly on the strength of its non-threateningly round animation and magic-hour color palette. But its empty civic and environmental message amounts to nothing more than a failed attempt to provide a backbone to a franchise that would be much better served by a brain.