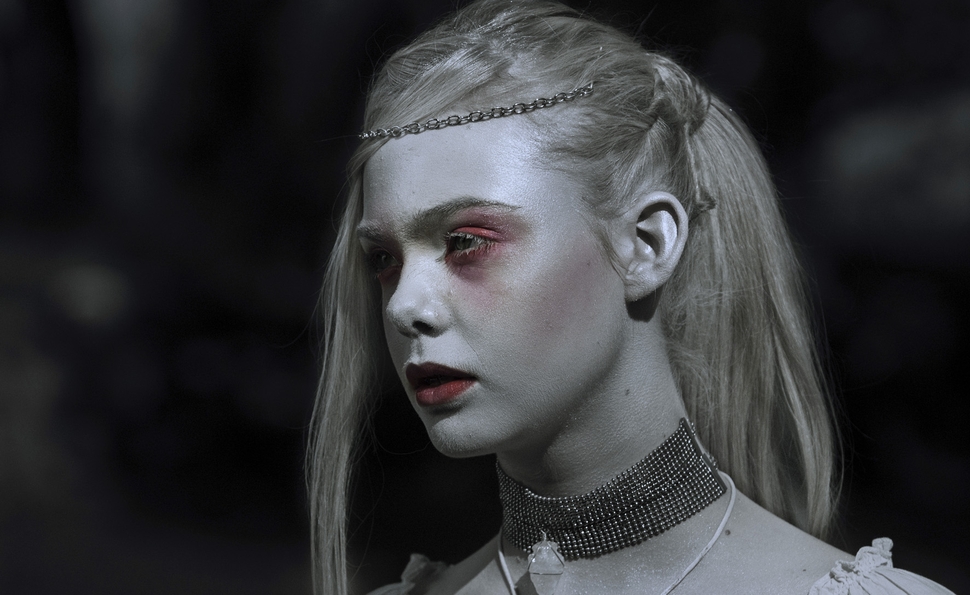 When Francis Ford Coppola made his first significant feature—Dementia 13, a low-budget horror film shot in Ireland for Roger Corman—he already had a pair of scary short films under his belt, including one influenced by Edgar Allan Poe. Twixt, a low-budget horror film in which Poe (as played by Ben Chaplin) figures as a hallucinatory supporting character, is something of a homecoming, and not just because it was partly shot on the grounds of Coppola’s estate. Only the third film Coppola has made since ending a decade-long hiatus with Youth Without Youth in 2007, it brings the director back to his roots and finds him attempting to use an uneasy mix of horror, comedy, and gothic imagery to explore personal themes. Sometimes it’s fascinating, but just as often, it’s frustrating: It’s a film without a net, and it tends to land with a thud. 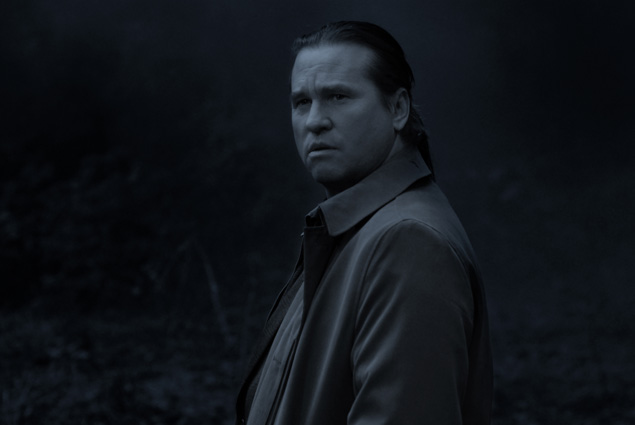 Inspired by a nightmare, Twixt—filmed in 3-D, but never widely seen outside film festivals, and now making a belated debut on home video—drifts between the waking and sleeping hours of down-on-his-luck horror novelist Hall Baltimore (Val Kilmer), whose book tour takes him to the small town of Swann Valley and to a poorly attended signing held at a hardware store. There, he meets Sheriff Bobby LaGrange (Bruce Dern), who professes his fandom but asks, “How does it feel to be the bargain-basement Stephen King?” LaGrange has horror-writing aspirations of his own, and a fertile source of inspiration, thanks to some recent murders involving stakes being driven slowly through the victims’ hearts. In fact, bargain-basement reputation or not, he thinks Hall would make a great collaborator on a book about the killings. With nothing better to do but retreat to his hotel room and have fraught conversations via Skype with an agent (David Paymer) reluctant to advance him money and a wife (Joanne Whalley, Kilmer’s real-life ex) threatening to sell off his possessions, Hall tags along.

It’s an understatement to say Twixt takes some odd turns from there. In a dream, or maybe not, Hall meets a ghostly girl named V (Elle Fanning) and learns about some child murders related to a hotel where Edgar Allan Poe once stayed. He also meets Poe, who’s filled with grim writing advice and open to talking about the subject of loss and dying young. Still haunted by the death of his teenage daughter, Hall is all too familiar with those topics, and the more time he spends in Swann Valley, the harder it becomes to drink his daughter’s memory away.

Inconsistent in many respects, Twixt remains consistently gorgeous throughout. Romanian cinematographer Mihai Malaimare, a Coppola find who also shot Paul Thomas Anderson’s The Master, has a rare understanding of how to play to the strengths of digital video, contrasting detail-rich digital crispness with ominous shadows, and in the dream sequences, draining the images of most color, and sometimes all. As a succession of images, Twixt is mesmerizing, and the cast, particularly Kilmer, remain eager to go wherever Coppola takes them. Together, those elements almost obscure how little control Coppola has over the film’s puzzling narrative, or its tone, which veers wildly from silly to solemn.

The solemn stuff works better, and makes clear just how personal a project this is for Coppola. In one scene, Hall recalls his daughter’s death in a speedboating accident, a death that mirrors the 1986 death of Coppola’s son Gian-Carlo to the last detail. It’s a harrowing moment, even for viewers who don’t recognize the inspiration, and it drags Twixt into a dark corner from which it has a hard time returning, which makes the film’s jokey ending all the more puzzling. This is clearly, to borrow a Coppola title, one from the heart, but also one that got sidetracked during delivery.

Gian-Carlo’s daughter Gia Coppola provides a casual, fly-on-the-wall making-of doc. It’s no Hearts Of Darkness, but it does provide a pleasant peek at her grandfather’s late-career filmmaking process, which seems far more casual than in his death-defying prime. It also raises a question: Are there any Coppolas not making movies these days?