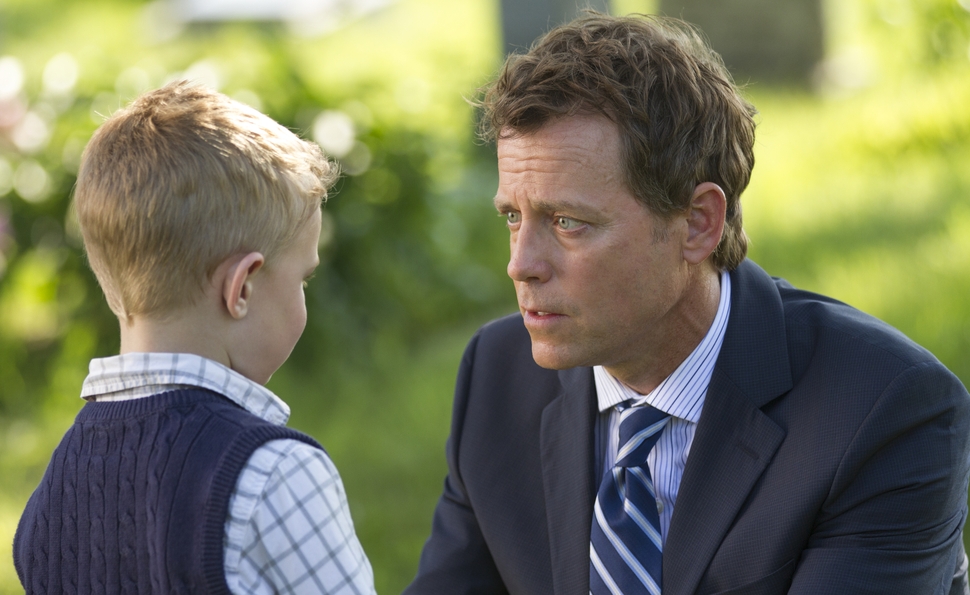 Heaven Is For Real

Faith is, by definition, a belief in something that cannot be proven. Whether it’s trust in the the rightness of a law, the love of a spouse, or a higher power, faith is a feeling beyond demonstrable proof. That’s what makes it powerful. Trying to prove the truth behind an article of faith means turning it into something else, and that’s especially true of religious faith. Nonetheless, there’s a long tradition of stories from those who’ve visited the afterlife and returned with a story to tell and a message to impart. (That tradition isn’t entirely dishonorable: The Divine Comedy matches the description.) In recent decades, such accounts have found a niche of their own in religious bookstores, but recently, a few have broken out and become mainstream bestsellers.

In the 2012 book Proof Of Heaven, neurosurgeon Eben Alexander recounts the experiences he had in heaven while his body lay in a coma on earth. (There is the small matter of the facts not squaring with his account, but that hasn’t stopped him from being a favorite guest on talk shows, and turning his time in heaven into a cottage industry.) That followed on the heels of 2010’s Heaven Is For Real: A Little Boy’s Astounding Story Of His Trip To Heaven And Back. Written by Nebraska minister Todd Burpo (and Sarah Palin co-author Lynn Vincent), the slim book tells the story of Colton Burpo, who had emergency surgery for a burst appendix at age 4, and while on the operating table, traveled to heaven. Among the other sights he saw there: Jesus riding on a horse that’s all the colors of the rainbow.

Heaven Is For Real, the film adaptation co-written and directed by Randall Wallace, only mentions the rainbow horse, but never shows it. The film only offers fleeting glimpses of heaven itself. What Wallace does show mostly looks like an overexposed version of earth, though populated by an extremely friendly Jesus, and CGI angels that titter when Colton asks them to sing “We Will Rock You,” a Burpo family singalong favorite. In fact, much of the Burpo family’s history finds its way into the heaven that Colton encounters during his time away from earth, including a grandfather he never met, and the spirit of a sister his mother miscarried. (In heaven, she’s aged into a little girl.) In both the film and the real-life version of the story, Todd treats this as proof that Colton’s experiences—and, by extension, heaven—are for real. After all, if the story a 4-year-old pieces together bit by bit over the course of months can’t be believed, what can?

The screenwriter of Braveheart and director of The Man In The Iron Mask, We Were Soldiers, and Secretariat, Wallace takes his time getting Colton (Connor Corum) to heaven and back. He first establishes Todd (Greg Kinnear) as a well-liked pastor, volunteer fireman, and garage-door salesman whose generosity has brought his family to the edge of financial disaster. They’re a happy family, though. Todd’s wife Sonja (Kelly Reilly) helps out with the music at their small church, and both parents dote on their son and his sister Cassie (Lane Styles). Together, they weather Colton’s health crisis, even though it sends Todd to a hospital chapel to question God’s wisdom when he thinks Colton might die. It’s what happens after that leads to trouble.

As Todd listens to Colton talk about his experiences in the afterlife, he starts to believe his son. Though he’s confused, he preaches about the for realness of heaven from the pulpit. This discomfits his flock, including close friends Jay (Thomas Haden Church) and Nancy (Margo Martindale), the latter still mourning a son she lost in battle. Nonetheless, Todd pushes on, attracting media attention. Faster than you can say “confirmation bias,” the situation prompts Colton to offer more details about heaven, deepening his father’s belief.

The film takes Colton’s trip beyond at face value, too. The script, co-written by Wallace and Chris Parker, keeps introducing notes of doubt, then letting Kinnear’s achingly earnest performance and visions of the Great Beyond drown them out. Some objections come from straw men, like an atheist psychologist (Nancy Sorel) who suggests that more scientifically plausible explanations like clairvoyance and telepathy make more sense than a religious experience. Others come from Sonja, who doesn’t like what Todd’s beliefs are doing to their family. For a short stretch, Heaven Is For Real plays a bit like a horror movie in which a seemingly normal guy falls under the sway of some dangerous new beliefs, and his family has to put up with them or flee.

But that doesn’t last long. Heaven Is For Real doesn’t have much room for subtlety and shading; it just tells Colton’s story and hopes it makes an impression. As much an inspirational email forward as a film, it’s helped by the work of a strong cast and some photography that makes Nebraska look like heaven on earth. That doesn’t make it persuasive, however. Corum spits out details of heaven with the sugared-up enthusiasm of a kid recounting the most recent episode of Jake And The Never Land Pirates. (It doesn’t help that the film, a product of the Sony subsidiary TriStar, throws in so many shots of Colton clutching a Spider-Man action figure and/or framed by Spider-Man posters that it sometimes looks like a movie about a little boy’s astounding faith in the web-slinging superhero.) It seems unlikely that anyone but a father with a few loose screws could see Colton’s story as proof of anything but an active imagination. That he could become a beacon of hope to those who want to believe in God seems downright impossible.

But in the real world, it’s happened, and in many respects, Wallace’s film is just another ancillary product in the Heaven Is For Real machine, one that now includes additional books, and live appearances in which the now-teenaged Colton sings and recounts his journey. It’s easy to be skeptical about the whole thing, and wonder what the phenomenon proves, beyond a widespread desire for a sliver of certainty, in whatever form, in the face of the great unknown. This movie doesn’t make that skepticism any harder to come by.