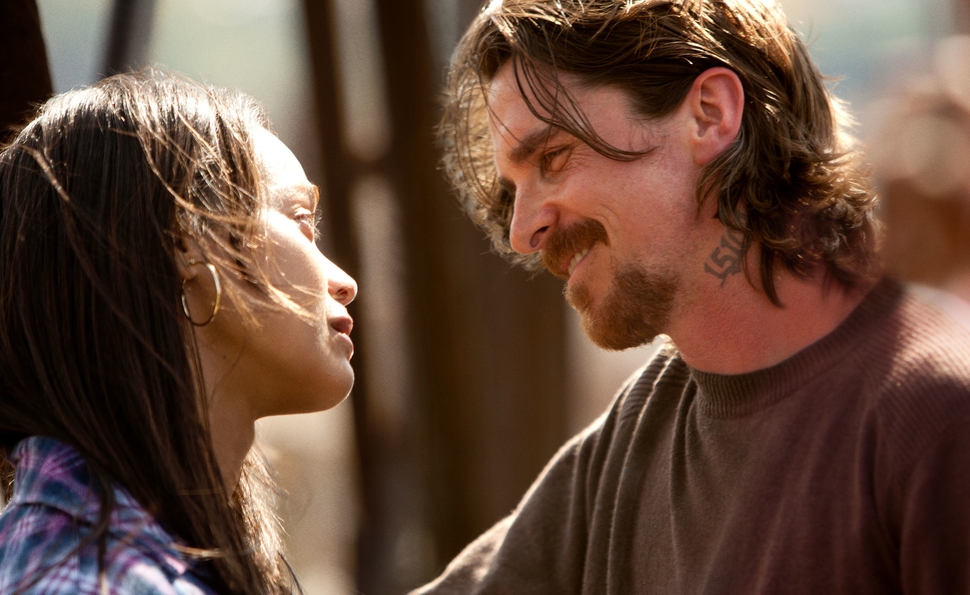 Out Of The Furnace

With the new drama Out Of The Furnace, actor-turned-filmmaker Scott Cooper, who steered Jeff Bridges to a long-overdue Academy Award in his 2009 directorial debut, Crazy Heart, turns his attention from country music to people whose lives are too miserable even to serve as the subjects of country songs. (Though the film does resemble Bruce Springsteen’s music, at his gloomiest and most gothic.) Though Out Of The Furnace begins in 2008, then skips elliptically to the present, it takes place in one of those small towns so sleepy and backward that the fashions and technology seem to have stopped evolving decades ago, to the point where a cell phone looks futuristic. In this decaying mill town, mullets and wood paneling remain the height of style, modernized only by the addition of neck tattoos and crystal meth.

In Out Of The Furnace, men work in mills, drink whiskey like water, hunt and kill large animals, and gut them with large knives. They approach their lives with a grim sense of obligation and weary resignation. The fashions and interiors recall the least fashionable parts of the 1980s and 1990s, but the film’s primal themes go back even further, to the blood feuds of Appalachia and Biblical vendettas. The film is, in other words, intense and downbeat even for a Christian Bale vehicle, and that’s saying something.

Bale stars as Russell Baze, a mill worker in small-town Pennsylvania who goes to jail for drunk driving and emerges to the news that his girlfriend Lena (Zoe Saldana) has left him for local police officer Wesley Barnes (Forest Whitaker), while his troubled younger brother Rodney (Casey Affleck), an unemployed Iraq veteran tormented by memories of war, has sunk into a shadowy underworld of bare-knuckle brawling, populated exclusively by disreputable characters. Rodney is brash, combustible, and desperate to make a big score that will liberate him from a mountain of debt, so against the wishes of his makeshift manager John (Willem Dafoe), he agrees to take a fall in a fight that puts him in the orbit of Harlan DeGroat (Woody Harrelson), a meth kingpin and vicious lowlife who slurs threats in a swampy drawl of unfiltered malevolence.

DeGroat has profanity tattooed on his hands, and that’s actually one of his more charming and social traits. In a world of murky compromise, he’s a towering, theatrical figure of pure evil. DeGroat is a scowling heavy that makes Harrelson’s mass-murdering sociopath character in Natural Born Killers seem comparatively as gentle and lovable as his career-making character, Woody on Cheers. DeGroat is so terrifying, even the cops are afraid to come after him, despite conclusive evidence that he’s a one-man crime wave. Rodney’s ill-considered decision to do dirty business with DeGroat sets Russell on a collision course with the glowering arch-villain that tests his ability to stay on the straight and narrow. Russell’s fundamental decency is tested at every turn, in a world intent on denying him even an outside shot at happiness or security.

Reduced to its broad outlines, Out Of The Furnace doesn’t sound terribly dissimilar from the schlocky recent Sylvester Stallone-written Jason Statham vehicle Homefront, which similarly pits a stoic protagonist against the minions of a small-town meth kingpin. But the film’s novelistic sensibility and arty ambition are more similar to 2013’s grim, uncompromising A Place Beyond The Pines.

In another assured directorial turn, Cooper shows a solid feel for the grungy realities of life in an economically depressed small town. Out Of The Furnace has many of the traditional virtues that distinguished Crazy Heart, most notably a sure sense of place and uniformly fine performances. Alas, the film has more great actors than juicy roles, so while Bale’s performance grounds the story, and Affleck’s desperation and rage are heartbreaking, Whitaker, Saldana, and Sam Shepard aren’t given much to do but flesh out the background admirably.

Out Of The Furnace is a defiantly old-fashioned, well-crafted piece of storytelling whose power lies in its unadorned simplicity. And while there’s nothing remotely subtle or ambiguous about Harrelson’s performance, it’s notable for its unapologetic nastiness and visceral punch. The same can be said of the film itself. Out Of The Furnace so thoroughly immerses viewers in the grit and grime of its evocatively captured setting that they might need to take a long shower afterward. It deftly, empathetically chronicles the kind of small town so brutal, it almost makes an extended stint in prison or a tour in Iraq seem like a vacation.

GoWatchIt: Buy. Rent. Stream Out Of The Furnace