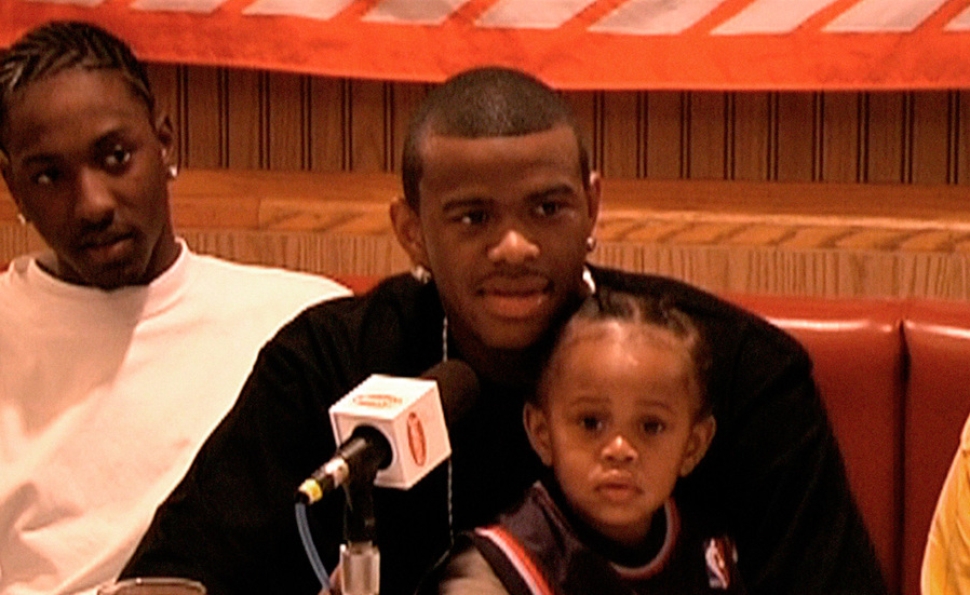 In 2001, the stars were aligned for Lenny Cooke, a 6-foot-6 junior guard from Flatbush, Brooklyn who was ranked alongside—and in many instances, above—the likes of future NBA superstars like LeBron James, Carmelo Anthony, and Amar’e Stoudemire. He was torching other talents in high-school games and summer basketball camps, and Sonny Vaccaro, the great shoe-company kingmaker, had claimed him for Adidas. In the 2001 NBA draft, teams went bananas for talented youngsters, selecting three of the first four right out of high school, including the No. 1 pick, a raw center named Kwame Brown. Filmmaker Adam Shopkorn started trailing Cooke with his video camera, likely sensing he had either a great rags-to-riches story on his hands, or a Hoop Dreams casualty of gargantuan proportions.

How could a top prospect drop off the map within a year? That’s the cautionary tale spun by Lenny Cooke, a troubling, artfully constructed documentary that stitches together Shopkorn’s footage with footage of Cooke today. Now over 30 and done chasing his dreams after years in the semi-pro basketball hinterlands, Cooke carries bitterness and regret around like the extra hundred pounds he’s packed onto his frame. The sad truth of Lenny Cooke is that Cooke is more the rule than the exception—a greater talent than most, no doubt, but susceptible to the same forces that turn extraordinary young athletes into casualties of the system. All it takes is one bad decision or one bad game—or in Cooke’s case, both—to change a player’s fortunes, and that’s only the stuff they can control. What they can’t control are the whims of officials and scouts in the college and professional ranks, which can shift with a devastating quickness. If, say, Kwame Brown turns out to be a walking punchline, then the next class of promising high-schoolers might get the cold shoulder.

Cooke’s fate was sealed through devastating conflation of bad luck and poor choices. As a star in premier basketball camps, having more than held his own against future greats like Anthony, Cooke ran into a buzzsaw named LeBron James, then a junior; he played well, but James outscored him and twisted the knife with a last-second buzzer-beater. If every player bested by King James were shut out of the NBA, the league would implode, but Cooke’s stock fell further when he opted to sign with a dubious agency and stay off the court, effectively removing him from the conversation. The film is frustratingly vague about this bizarre time in the wilderness, but that’s a consequence of an effective, unconventional narrative strategy.

Directors Joshua and Ben Safdie, making their non-fiction debut after a pair of indie features, The Pleasure Of Being Robbed and Daddy Longlegs, don’t provide the expected bits of voiceover, interviews, and/or extensive titling that might tie the pieces of Cooke’s story more firmly together. At times, in fact, Lenny Cooke suggests what Hoop Dreams might have been like had Steve James decided to splice together five years’ worth of footage without the connective tissue of his narration. And while Lenny Cooke’s considerable social and emotional resonance still doesn’t measure up to Hoop Dreams’, the Safdies beautifully evoke the other side of the professional game, the many basketball casualties who don’t get movies made about them. Cooke isn’t alone in following his NBA ambitions to outposts like the Shanghai Dongfang Sharks, or the Purefoods TJ Hotdogs (the TJ stands for “Tender Juicy”), places where dreams die in front of a dozen fans, at a rate of $500 per week. And his efforts to come to terms with his mistakes and misfortune are rendered with piercing intimacy and heartbreak.