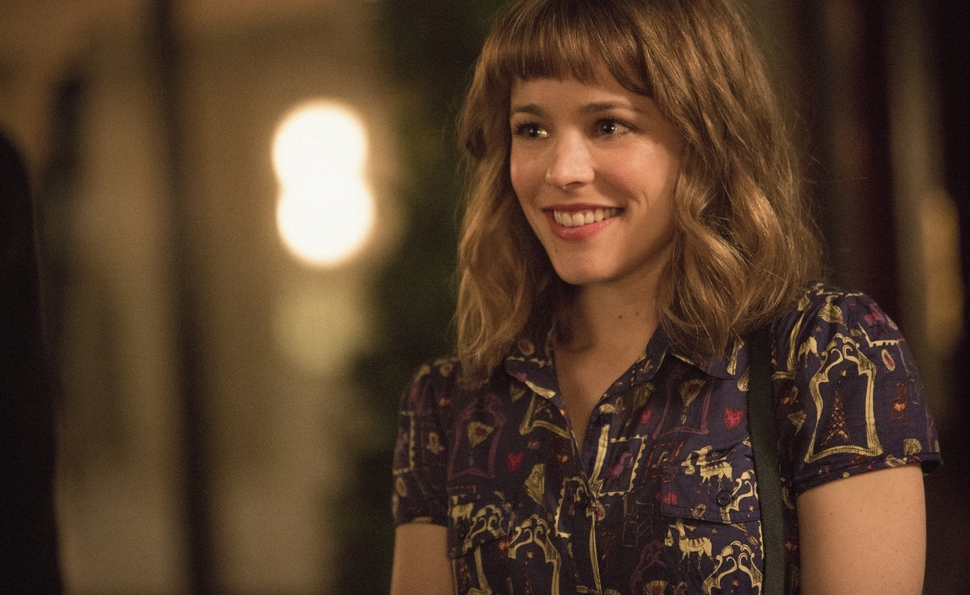 It’s all too tempting to think of About Time as a romantic comedy, a perception equally attributable to the film’s marketing, which emphasizes its two romantic leads, and the track record of writer-director Richard Curtis, best known for the apotheosis of the form: Love Actually. But while About Time does devote a chunk of its narrative to a traditional male-female romance, it’s more interested in telling love stories of all kinds: romantic love, but also familial love, fraternal love, and ultimately, the love of life at its simplest and most mundane. “Sentimental comedy” might be a better term, as it evokes not only About Time’s intention of wringing tears from viewers whether they like it or not, but also its unabashed openness in its convictions, from an early voiceover narration that proclaims, “For me, it was always going to be about love,” to a closing montage of random everyday humans savoring life’s moments, great and small.

The man behind that voiceover is Domhnall Gleeson as Tim, the conduit through which all those forms of love ultimately flow. Probably best known for his small role as Bill Weasley in the final two Harry Potter films, Gleeson proved an unconventional romantic presence in last year’s Anna Karenina, and About Time makes even better use of his ungainly charms to sell its somewhat-shaky premise. Born into a family whose male members inexplicably possess the gift of time-travel, Tim learns of his power on his 21st birthday from his father (Bill Nighy), a low-key eccentric whose curious abundance of free time—time he’s used to read a lot of books and develop an enviably strong relationship with his son—is suddenly explained with this revelation. If About Time were nothing more than Tim and his dad playing table tennis and shooting the shit, it would be worthwhile and entertaining, given the appealing chemistry between Gleeson and the great Nighy. But the film has grander designs, and it sends Tim and his vaguely defined gift out on a series of self-discoveries via temporal displacement: the awkward fumblings of first love/lust give way to the first steps toward independence in London, on through the genesis of that central romance with a bookish American named Mary (Rachel McAdams).

Tim and Mary’s initial courtship stalls About Time’s momentum for a bit, and shines a light through the holes in the film’s time-travel conceit, but it isn’t a black hole. Their introduction is overly tortured, but once the inevitable pairing is established, Curtis’ script leaves room for the sort of small, silly moments that make for a believable romance (and the softest R rating ever). Tim and Mary’s relationship becomes a part of About Time’s fabric rather than the big shiny bow on top, leaving room to explore the other possibilities and perils offered by Tim’s ability. The most interesting of these digressions center on Tim’s kooky-but-sad sister Kit Kat (Lydia Wilson) and his father, opening up difficult questions about what’s worth sacrificing and what’s worth saving in the name of a happy ending—and even what constitutes a happy ending in the messy sprawl of real life.

That messy sprawl makes for a messy film full of highs and lows, triumphs and regrets. Individual jokes soar or clunk to earth with a wide variance—though Nighy has a near-perfect execution rate—and dramatic devices can transition from manipulative to devastating in the span of one unexpected gut-punch moment. Fans of Curtis’ films have come to expect that kind of broad emotional deviation, while detractors have taken it as a cue to stay far, far away. (Those inclined to get hung up on logically flawed cinematic time-travel should also stay away, as About Time plays it fast and loose in that regard.) But those willing—or eager—to indulge About Time’s schmaltziest moments are rewarded with hits of pure, uncut joy and sorrow. Yes, it’s the type of film that cites Baz Luhrmann’s “Everybody’s Free (To Wear Sunscreen)” without irony, but it also imbues its characters with a simple, unfussy sort of likability that makes their lives feel true and relatable, even though they play out in beautiful, lovingly photographed country estates and stylishly appointed shabby-chic flats. These people live charmed lives, but they appreciate them, which makes it easier to sympathize with their low-stakes trials and tribulations.

It’s all but impossible to achieve universal drama, and even more so to achieve universal comedy; the fluctuations of life experience and inherent preference are far too great to ensure that one viewer’s transcendent moment won’t be another viewer’s sentimental sap-fest. About Time won’t be universally appealing, but it isn’t aiming to be, despite its many broad proclamations about the nature of capital-L Life. Instead, it aims for the intrinsic, the essential emotional building blocks that we all understand on a baseline level, even though we experience them differently. Take it or leave it, but in the end, it all comes down to love: wanting it, getting it, losing it, shunning it, accepting it, and cherishing it. It was always going to be about love.