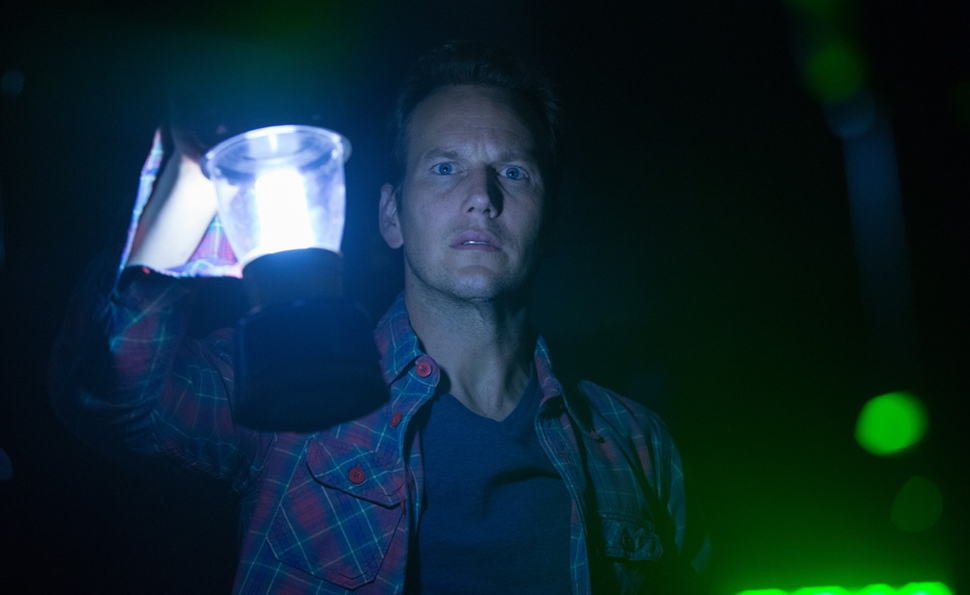 There’s a bit of William Castle—the B-movie filmmaker behind House On Haunted Hill, now as famous for his outrageous, audience-grabbing gimmicks as for his films—to the way Insidious: Chapter 2 is being sold, via TV spots that show viewers wearing heart monitors that measure their mounting fear. And there’s a bit of Castle in the film itself, too. Castle was resourceful, making a little budget go a long way, or at least as far as he needed it to go. And as with 2011’s Insidious, director James Wan proves frugal with its sequel, again visiting an alternate dimension of ghosts and malevolent spirits that happens to exist on the same sets used for the rest of the film, only with spooky lighting. It’s a way to suggest a creepy underworld resting just beneath the surface of everyday things, but also a way to save money by just moving a few objects around, and letting shadows and fog suggest we’ve crossed over to the other side.

Yet for all his aspirations to become the poor man’s Alfred Hitchcock, Castle never had the filmmaking chops of Wan, who’s quietly evolved into one of the most skilled technicians now working. Wan and his frequent screenwriting partner Leigh Whannell, who penned both Insidious films from stories co-created with Wan, first broke into the horror-movie business with Saw, which helped usher in an era of films trying to outdo one another in showing the many horrible punishments that can be visited on the human body. With the Insidious films and this summer’s terrific The Conjuring, Wan almost seems as if he’s trying to impose a course correction. All of them rely on old-fashioned spooksmanship and filmmaking precision, the ability to summon up scares by placing the camera just so and creeping through darkened hallways and up to ominous-looking closets at just the right pace to give viewers the willies. (And, as science has shown, set hearts racing.)

After a flashback that reveals protagonist Josh Lambert had some dealings with the supernatural as a child, the film picks up where the first Insidious left off, with the adult Josh (Patrick Wilson) in custody for the mysterious death of ghost hunter Elise Rainier (Lin Shaye), and his wife Renai being questioned by the police about the event. With no proof of Josh’s involvement, the police let the Lambert family go, and they settle into a creepy old Victorian that’s been in Josh’s family for generations. With some help from Josh’s mother Lorraine (Barbara Hershey) they attempt to resume their old lives, but it seems as if the spirits are a little less eager to resume their old afterlives. Also still in the picture: Elise’s ghost-hunting pals Tucker (Angus Sampson) and Specs (Whannell, who has written a fun role for himself again).

Could all this have something to do with Josh’s childhood encounters with the beyond? Or possibly a serial killer with a fondness for scaring from beyond the grave? The answer is “yes,” but those aren’t really the right questions. The right question is whether Wan can match or top the scares of the first Insidious. That’s also a “yes.” He’s become a master of making hoary elements feel fresh again, and here, he gets jars out of blinking lights, bodies covered in sheets like Halloween ghosts, off-key piano music, spooky old women, spooky younger women, toys, and other old-dark-house staples. Insidious: Chapter 2 reminds viewers why these elements were scary in the first place, and proves skillful filmmaking can breathe new life into the oldest ideas.

The flaw at the core of these films (and, to a lesser extent, The Conjuring) is that they also feel a bit engineered. None have dispensable stories, and a coherent mythology is starting to take shape between the two Insidious chapters, but everything about both films feels like a setup, a way to put characters in creepy settings and push them toward screams. But that’s only a problem when the tricks stop feeling novel. And though Wan is stepping away from horror, at least for now, to direct the next The Fast And The Furious sequel, the latest Insidious entry suggests he’s a long way from running out of new tricks, or at least finding infinite variations on old ones.