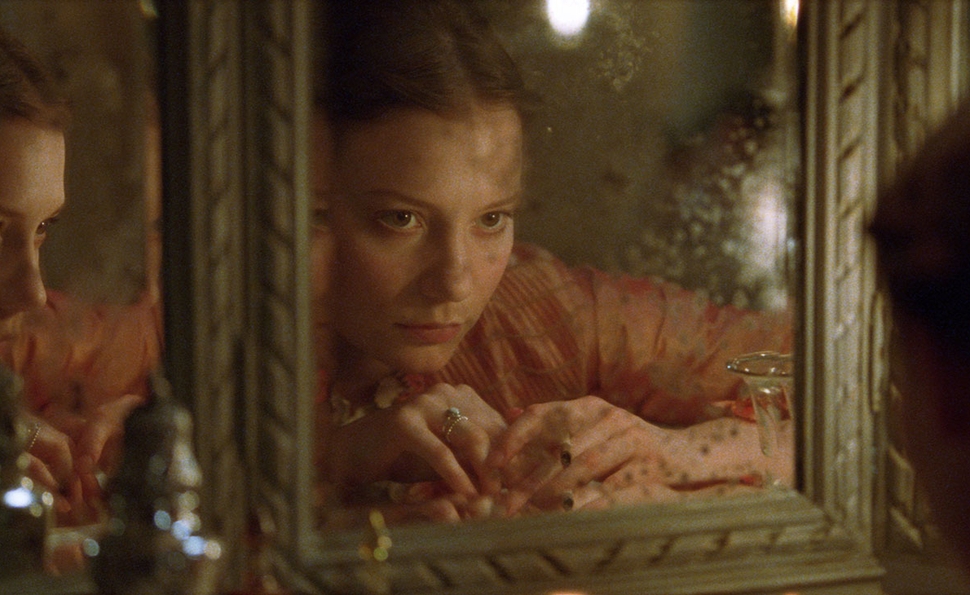 Sophie Barthes’ new adaptation of Madame Bovary, Gustave Flaubert’s once-scandalous 1856 novel of discontent and infidelity, begins at the end, with Emma Bovary (Mia Wasikowska) running through the woods. The poison is already in her blood. Her fate is sealed. But even after the film loops back to the beginning of the story, it keeps suggesting, in ways both subtle and overt, that this has always been the case. Raised at a convent school, Emma receives training in etiquette, music, drawing, and other endeavors with the expected outcome of making her a better wife. She’s soon paired off with Charles Bovary (Henry Lloyd-Hughes), a provincial doctor of modest talent and even more modest ambition. On her wedding day, Emma repeats under her breath, “Please God, let him be the right one.” But the right one for what? Unlike Flaubert, Barthes never depicts Emma’s love for romantic stories and the way they fill her head with notions of bliss real life could never meet. But her film finds other ways of depicting Emma’s disappointment. Whatever she wanted, it surely wasn’t Charles’ awkward fumbling in the bedroom, evenings listening to the gory details of his daily routine, and long days with nothing but idleness and waiting to fill them.

Though oft-adapted, Madame Bovary is a tricky film prospect, since so much of the novel’s effectiveness rests on Flaubert’s ability to convey his characters’ inner lives. Barthes’ style shoulders some of that burden. She brings lush compositions to even her cramped interiors, but the handheld camera gives the world of the film a sense of unsteadiness. (The presence of Olivier Gourmet, touching in his few scenes as Emma’s father, isn’t the only nod to the Dardennes.) The characters occupy homes where nothing is ever out of order, but Barthes creates a sense of unease that never lets up, and a suggestion of chaos underlying all the neatly arranged possessions in the Bovary home.

Barthes streamlines the novel a bit, taking parenthood out of the equation as Emma makes her descent. Often the central relationship is less between Emma and Charles, or Emma and her two lovers—the wealthy Marquis d’Andervilliers (Logan Marshall-Green) and the young clerk Leon (Ezra Miller)—than between Emma and Monsieur Lheureux (Rhys Ifans, bringing an unfailingly polite sleaziness), a merchant who helpfully makes house calls and fills Emma with assurances that, of course she should buy what she wants on credit. In fact, her happiness depends on it. But the more Emma acquires, and the harder she chases after the passion she’s never known in marriage, the deeper her anguish grows.

Apart from Paul Giamatti’s turn as a pharmacist who believes in Charles’ talent (even though he shouldn’t), Barthes deemphasizes the black comedy. Hers is an almost purely tragic Madame Bovary and, though seldom revelatory, it’s an effective treatment of the book, only occasionally made distracting by the hodgepodge of accents sported by an international cast performing in English. But it has a gem of a performance at the center. Part of what’s made Emma such an enduring character is how she both invites and repels sympathy, a quality Wasikowska captures well. Her Emma begins the film a guileless girl shocked by the joylessness of her married life and an existence in which “One after another the days come. Always the same. Bringing nothing.” She’s believable as a naif, and continues to be believable as experience colors, but never erases, that naïveté. Touched by her first encounter with wealth and pretension, she tries to fill the nothingness with whatever comes to mind, turning selfish, demanding, and faithless. But Wasikowska portrays her as a woman driven at all times by a recognizable sadness, one attempting with every purchase, lie, and assignation to correct the way life doesn’t always match up to our expectations. No one warned her about this. She never had a chance.