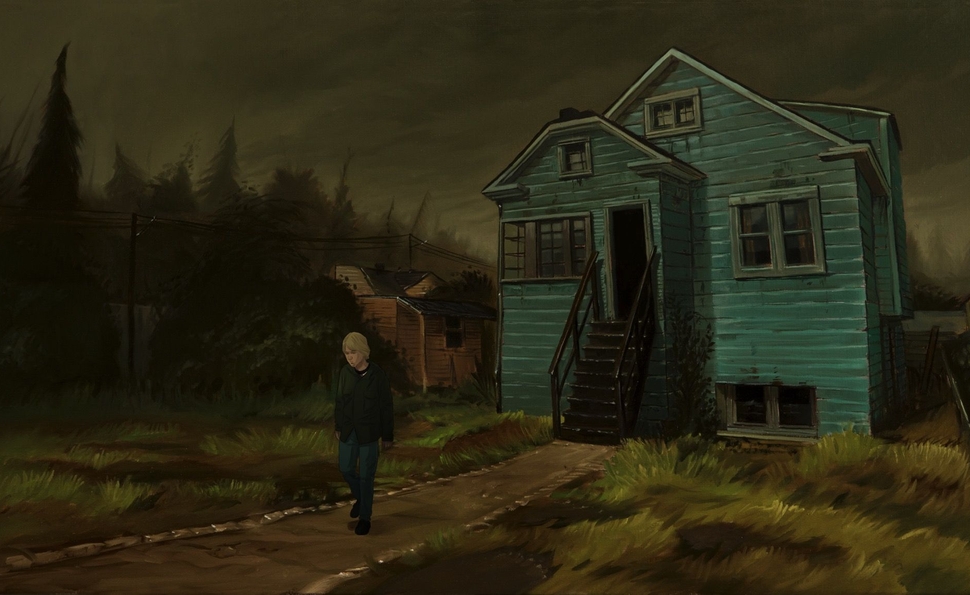 The life of Kurt Cobain was not insufficiently documented. After the album Nevermind was released and made Cobain and his band, Nirvana, rock stars of almost instant generational significance, there followed the deluge of magazine and MTV profiles that could be expected of any cultural phenomenon. But the documentation started long before anyone knew who Cobain was—in 8mm home movies, in obsessive diaries and sketches, in raw poems that he’d later polish into lyrics. Biographers have been feasting on some of those materials for years in trying to account for Cobain’s prodigious talent, and the tormented path he took from the logging town of Aberdeen, Washington to discomfiting fame to his eventual death by his own hand in April 1994. But the full archives are owned by the Cobain estate, which for the searing documentary Kurt Cobain: Montage Of Heck handed them over to the best possible curator in Brett Morgen.

Creating montages of heck happens to be Morgen’s specialty, particularly his (and co-director Nanette Burstein’s) adaptation of Robert Evans’ The Kid Stays In The Picture, which rendered a juicy Hollywood documentary collage, and “June 17th, 1994,” perhaps the best ESPN 30 For 30 doc, which covered a day where amazing sports events coincided with footage of O.J. Simpson fleeing the police in a white Ford Bronco. Though first reaction to news of another Cobain profile might understandably be, “Is there anything left to say about Kurt Cobain’s legacy?,” the answer with Montage Of Heck is emphatically “yes.” Morgen isn’t interested in rehashing the facts and highlights of Cobain’s life and career, or in providing chin-scratching insights via music scholars and other talking heads. He’s made an impression of Cobain, which is a much more intuitive and vital enterprise.

Through a mixed-media approach that includes not only the released archival materials, but new interviews, flip-book-style extensions of Cobain pencil sketches, and original animation, Montage Of Heck makes his life felt as acutely as his bone-rattling music. And from the beginning, the central theme comes from Wordsworth: The child is the father of the man. Morgen presents Cobain’s tragic life as a script that was written from early childhood and played out in full view of the public. He does this through brilliant pairings of songs and footage, like setting 8mm home movies of Cobain as a toddler against a music-box rendition of “All Apologies,” the In Utero track that served as a more succinct suicide note than the one he actually wrote. Or later, reflections on the divorce that fractured his family and profoundly shaped his childhood bleed into a montage set to “Something In The Way.”

Covering a sprawling—and ultimately too long—132 minutes, Montage Of Heck has the expected birth-to-death arc, though it chooses a thoughtful stopping point and uses its conventional structure to free up thrilling bursts of expression. Though interviews carry much of the story, Morgen selects his talking heads carefully, giving most prominent voice to Cobain’s mother, father, and stepmother, his wife Courtney Love, and his bandmate Krist Novoselic. (Dave Grohl is conspicuously absent.) But there are times, too, when audio snippets of Cobain telling his story are laid over animated re-creations. Morgen finds the right balance throughout between moving the narrative forward and giving himself enough room to scribble around in the margins. In that way, Montage Of Heck is a marriage of form and content, like a Cobain scrapbook come to life.

Generally speaking, the documentary is strongest when Morgen’s voice comes through the loudest, rather than Cobain’s. The first 30 minutes or so, set before Cobain grew up and pursued a more serious interest in music, are the film’s most affecting, because Morgen folds the beginning and the end of his life together so powerfully. While clips of Cobain and Love’s domestic life provide a fascinating look at their chaotic dynamic, as well as their relationship with the press and with their infant daughter Frances Bean, they don’t have the same associative punch. Nonetheless, Montage Of Heck is more than just a energetic tribute to a great, troubled artist—it’s an affirmation of film’s specific power to communicate more than words on a page ever could. It’s a visceral biography.

Note: Motage Of Heck is currently in limited release, and will air on HBO beginning May 4.