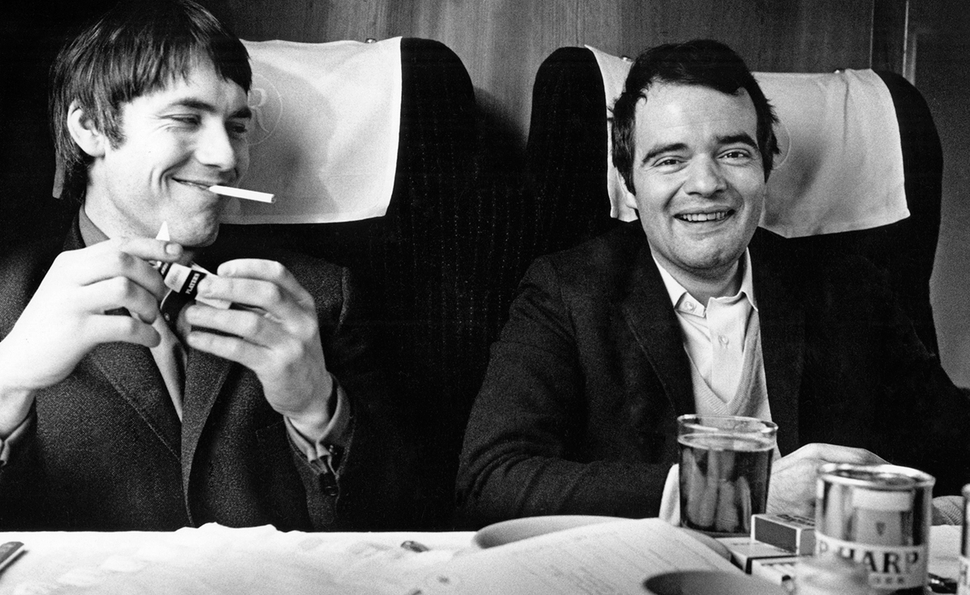 The partnership of Kit Lambert and Chris Stamp would probably deserve documenting even if it didn’t midwife and nurture the career of one of the biggest rock bands of its era. Pairings don’t get much more unlikely: Lambert, who died in 1981, was gay, served in the British Army, and came from an upper-class background, the son of famed composer and conductor Constant Lambert and the grandson of the artist George Washington Lambert. Stamp, who died in 2012, came from a working-class London background. The brother of actor Terence Stamp, he entered the arts via backstage work at the ballet, where he hoped to meet girls. Their lives converged at Shepperton Film Studios, where each worked as an assistant director while nursing dreams of making films of their own. Then they hit on the idea of documenting the burgeoning London music scene by following an up-and-coming band. That band: The High Numbers (formerly, and soon to be again, known as The Who).

A veteran cinematographer making his directorial debut, James D. Cooper treats Lambert & Stamp as the cinematic equivalent of a rich oral history, letting the principal players talk, often at length, about their experiences. It’s a fine approach hampered less than might be expected by the absence of key participants, namely Lambert and two late members of The Who: Keith Moon and John Entwistle. Those still alive at the time of filming more than pick up the slack, and everyone seems to be in the mood to be frank. Joined by other veterans of The Who’s heyday, Roger Daltrey and Pete Townshend offer extended reminiscences that don’t undersell the conflicts that led The Who to split from Lambert and Stamp in the early ’70s. Stamp, who looks and (especially) sounds eerily like his more famous older brother, almost makes everyone else unnecessary, however: Recounting the role he and Lambert played in The Who’s ascent, and their eventual exile, Stamp speaks with honesty, good humor, and more than a twinge of regret.

Mixing interviews with well-chosen archival footage and setting it all to one great song after another, Cooper moves the film along briskly. Occasionally this comes at the expense of the story. Major sidetracks, like Lambert and Stamp’s work with Jimi Hendrix and other acts, get a passing mention, and anyone coming into the film without at least a little knowledge of The Who or the Mod scene will struggle to keep up. Yet it’s the choice to put the voices of the main players front and center that saves Lambert & Stamp from taking the rise-and-fall shape so familiar from Behind The Music and similar projects. That’s partly because Stamp and others make it clear that, decades later, they’re still trying to figure out what happened. What began as a means to a film career instead became a full-time job as music managers—a job that made them rich, powerful, and unable to sustain the empire they’d helped create by accident. Sometimes history is just the accumulation of happenstance, and the unexpected partnering of seeming opposites who figure out how to make things happen together that they’d never be able to accomplish on their own.