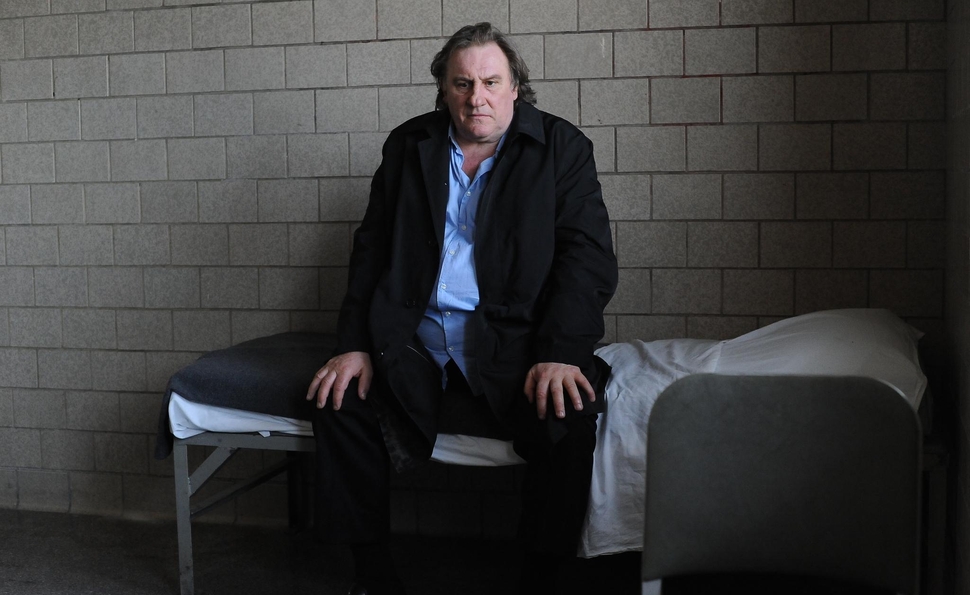 [Note: The following is a review of the 108-minute, R-rated cut of Welcome To New York, which has been assembled and released over Abel Ferrara’s objections. The original cut, screened at Cannes, runs 125 minutes and was not available for a point of comparison.]

“Do you know who I am?” This is the question George Devereaux, a stand-in for Dominique Strauss-Kahn in Abel Ferrara’s Welcome To New York, poses to a confused Guinean maid (Pamela Afesi) in the moments before raping her in a luxury New York hotel suite. It’s an absolutely absurd question that Devereaux doesn’t know is absurd at all, and that chasm between his sense of entitlement and the give-a-fuckness of his host city is what makes the film an improbable and often hilarious comedy. There will be a point when the “Do you know who I am?” factor gets Devereaux, the rich and powerful head of a world bank, exonerated from the rape charge. But until then, Ferrara follows the humiliating rituals of Devereaux getting arrested and processed like any other perp in the city, almost like an actual criminal being treated for actual crimes. Imagine the title preceded by “Hey” and appended by “Buddy,” and that’s a fair idea of what the first and strongest half of the movie is like.

Welcome To New York divides starkly into two halves: The events leading up to the rape, followed by Devereaux’s arrest and detainment, and the arrival of his aggrieved wife Simone (Jacqueline Bisset), an independently wealthy woman who comes to bail him out. Despite Devereaux’s comical protestations of innocence, Simone doesn’t for a second entertain the notion that he’s not guilty, but her checkbook is there to tell its own kind of truth. Depardieu and Bisset’s scenes together recalls the extended psychodrama of John Cassavetes movies or the centerpiece of Contempt, with Simone blasting him for the regret and shame his childishness has brought to their marriage. But as with any misbehaving child, a chastening isn’t likely to curb his behavior; “sorry” is a word Simone has heard many times before.

Though Bisset is electric as the spurned wife and her role reinforces a theme of patriarchal indulgence that runs throughout the movie, Welcome To New York comes most vividly to life when Devereaux gets dragged through the system. Ferrara isn’t above the schadenfreude of watching Devereaux failing, for once in his life, to get whatever he wants, whether he’s pleading with the detectives for his one phone call or demanding his cellmates give him the time. But a scene in which Devereaux is strip-searched and gets a sense of what it’s like to feel exposed and violated stops the laughs cold. Here, Depardieu shows a startling vulnerability that doesn’t forgive Devereaux his crime so much as force him to understand, if only for a few minutes, what it’s like for people to lose agency over their own body.

The explicitness of Welcome To New York, in this scene and elsewhere, is absolutely critical to Ferrara’s perspective on the Strauss-Kahn scandal, which he connects, however thinly, to the capitalist ethos in general. Losing some of that, especially in the rape sequence, may affect the balance Ferrara was looking to achieve, but the film nonetheless features some of his best, most evocative work since the ’90s heyday of Bad Lieutenant and The Funeral. Just as the system cuts Devereaux down to size, Ferrara gains power from a reduced scale, taking a public figure of Strauss-Kahn’s larger-than-life magnitude and revealing him as a man of base appetites. With Depardieu’s intensely physical performance at its core, Welcome To New York achieves a level of intimacy that’s rare for films about public figures—and, in this case, exposes Strauss-Kahn for all to see.