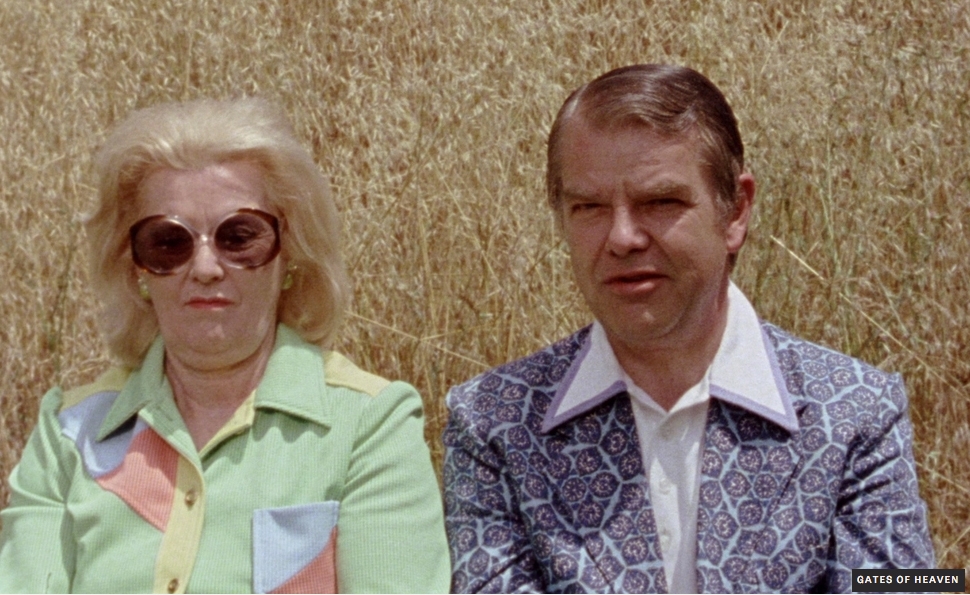 Errol Morris hadn’t become “Errol Morris” when he made his first two films, 1978’s Gates Of Heaven and 1981’s Vernon, Florida. His now-familiar style—studio-shot talking-head interviews, intercut with meticulous, sometimes-wry re-creations, all set to a pulsing soundtrack—debuted in 1988’s The Thin Blue Line, and proved so popular that it’s had a lasting influence on feature documentaries and TV news. For Gates Of Heaven and Vernon, Florida, though, Morris filmed eccentric Americans in their natural habitats, stringing together the interviews with footage of people going about their ordinary business, using only diegetic music. On the surface at least, these early Morris films seem more beholden to the verité tradition, with little of the cinematic flair of his later work.

But that misstates the quiet radicalism of Gates Of Heaven and Vernon, Florida, both of which build on the documentaries of Morris’ friends Werner Herzog and Les Blank in using fiction film techniques to capture the lives and stories of real people. In an interview on Criterion’s new Gates Of Heaven/Vernon, Florida Blu-ray, Morris talks about how he burned through crew members on his first film until he found some who were willing to go along with his plan to hold interviews in long, static takes, without interrupting the subjects. (The verité-trained people he worked with at the start all told him he was doing it wrong.) Morris also talks about his disappointment when he showed Gates Of Heaven to one of his heroes, Douglas Sirk. Hollywood’s premiere visual stylist of the 1950s waved off the film, saying, “This isn’t a movie, this is a slide-show,” and warning, “There’s a danger that somebody might find this movie to be ironic.” Even a filmmaker who specialized in layering visual information couldn’t get past the deceptive artlessness of Morris’ first masterpiece.

On closer inspection, both of Morris’ first two films are as carefully composed and thematically complex as any scripted drama. Vernon, Florida is the lesser of two, mainly because it’s more a loose series of vignettes than a proper documentary. The project had an unusual history. Morris started researching the small Florida town in the mid-1970s, pre-Gates Of Heaven, intending to make some kind of movie about an insurance scam he’d heard was prevalent in Vernon, where people would mutilate their own limbs for money. He abandoned that idea (in part because he’d been threatened and physically assaulted by some of the scammers), but remained fascinated by some of the people he’d met in Vernon, so he came back and filmed them talking about turkey-hunting, God, turtles, and whatever else was on their minds. The conversations are amusing, but though it’s only 55 minutes long, Vernon, Florida feels overly broad. It tries to be about nothing and everything. 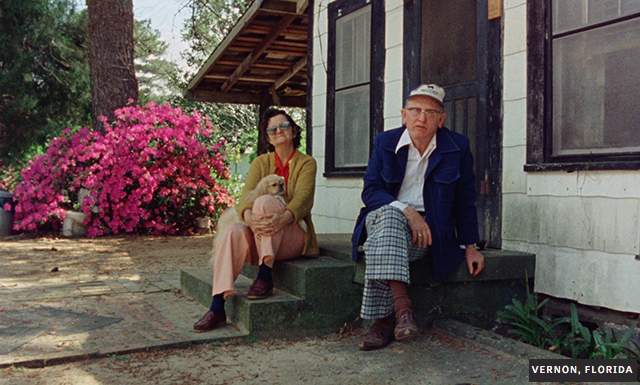 Or maybe Vernon, Florida just suffers by comparison to Gates Of Heaven, a movie so suffused with meaning that every line and every image feels purposeful. Ostensibly about California pet cemeteries, the film spends most of its first half documenting the financial collapse of one Los Altos facility, and most of its second half covering a more successful Napa Valley pet-burying business. Just by listening to the owners, their families, and their customers—in interviews that are precisely arranged, with the frame adorned by eye-catching props—Morris constructs a funny, poignant film that deals with family legacies, the gradations of life and death, the American obsession with success, and the way naive optimism infects even the savviest among us. Some critics over the years have accused Morris of making fun of his subjects in Gates Of Heaven and Vernon, Florida, but there’s clear affection and sympathy in both films. On the Criterion disc, Morris says that he never saw himself as any better than anyone in either film, but rather felt like he was looking at his own reflection. “To love the absurdity of people is not to ridicule them,” he insists.

Morris’ fascination with humanity at its weirdest and worst is more subtly evident in The Thin Blue Line, one of the films that helped make documentaries a viable entertainment option for arthouse moviegoers during the indie-film boom of the 1980s and ’90s. While working on a different story, Morris met Texas death row inmate Randall Dale Adams, and became convinced that Adams had been railroaded by a criminal-justice system more interested in tidy narratives than in making sure the guilty were properly punished. Through a series of repetitive, subtly shifting re-creations—scored by Philip Glass—Morris illustrates the unreliability of eyewitness testimony and the slipperiness of memory, explaining why it’s so easy for the authorities to hammer inconvenient facts into a square frame. The Thin Blue Line then provides its own, far more plausible theory of Adams’ case—one that ultimately got him sprung from jail after the movie came out. 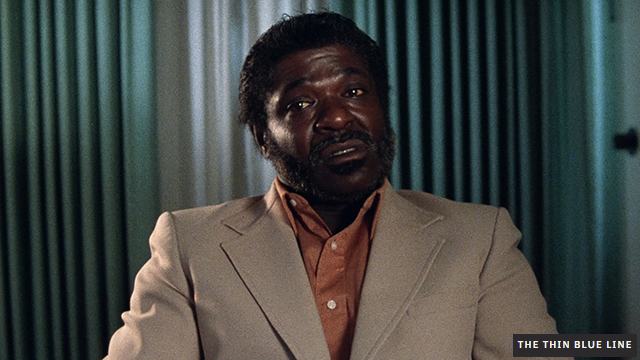 But just as viewers sometimes miss the visual artistry of Gates Of Heaven because of its succession of oddball anecdotes, so the dazzling style of The Thin Blue Line obscures to some degree how absorbed Morris is by the stories people tell. In his world, everyone is walking around all the time with surprisingly lucid internal monologues that they’ve been waiting for years to share. It’s not just for evidentiary purposes that The Thin Blue Line dwells on the drive-in sexploitation picture that Adams went to see on the night of the crime in question, or the milkshake the cop drank when the murder was committed; and it’s not to belittle the two brothers in Gates Of Heaven’s pet cemetery business that Morris focuses on one brother’s amateur music career and the other’s obsession with motivational techniques. As different as these films may initially seem, they begin what’s been Morris’ career-long assemblage of Americana.

Special features: The Gates Of Heaven/Vernon, Florida disc contains the Les Blank film “Werner Herzog Eats His Shoe,” which documents Herzog fulfilling a promise he’d made to Morris, after Morris completed Gates Of Heaven following years of starting and stopping other projects. It’s a cute short, but with a larger point to make about the will of an artist to conjure films into being. (In a related clip included on the disc, Herzog tells the attendees of the Telluride Film Festival that the people who run Hollywood studios aren’t gods, and that, “You can make a movie with no money and only guts.”) Each of the three films on these two discs is also accompanied by interviews with Morris, who spills a little on the tangled origins of the projects, and explains some of his methods—like filming the Gates Of Heaven subjects during the hottest time of day, so that their physical discomfort would prompt them to speak from the heart. The longest Morris interview, on The Thin Blue Line Blu-ray, runs 40 minutes, and debunks the idea that the movie supports the notion of subjective truth. Instead, Morris claims that if we look and listen hard enough, the truth emerges, often in the form of a story.