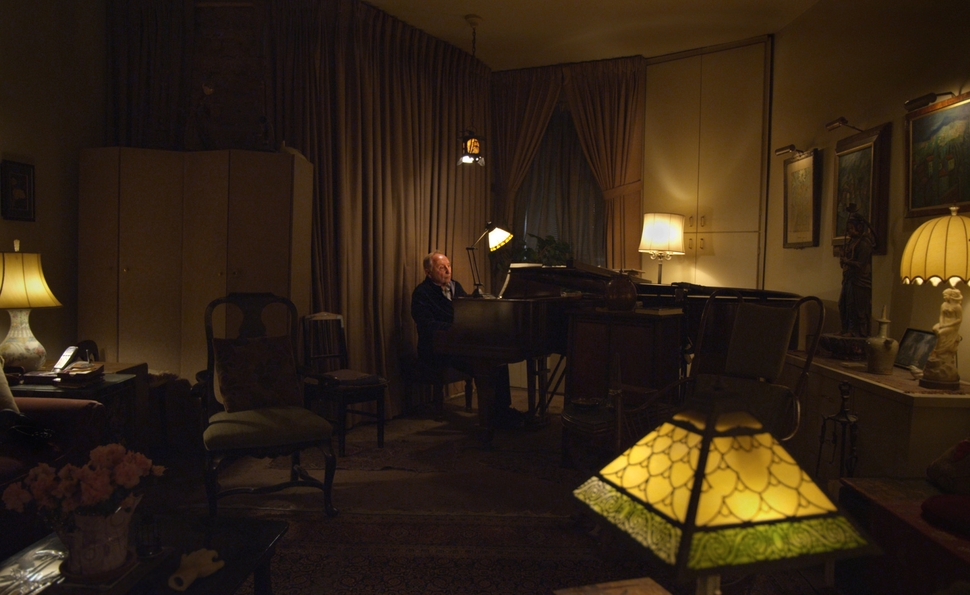 There’s no coyness to the title of Seymour: An Introduction, Ethan Hawke’s first documentary film. Only those with a long memory for classical pianists will know Seymour Bernstein’s name. Bernstein’s performing career was relatively short: After traveling the world and earning rave reviews, Bernstein ended it with no notice at the age of 50 in 1977. In the years since, the now-octogenarian Bernstein devoted himself to writing, teaching, and composing, all while living alone in the same one-room Manhattan apartment he’s occupied for 57 years.

Seymour: An Introduction features footage of Bernstein’s first public performance in 35 years, but it’s not really a comeback story. In fact, the Bernstein that emerges from Hawke’s film seems like the last person who would think in such immodest terms. It’s only a public performance in the strictest sense of the term anyway: Bernstein has agreed to play a recital for a theater group taught by Hawke, who hopes the man who, in his words, “helped me more than anyone in my own profession had been able to” will be just as helpful to them. The two struck up an unlikely friendship when, at a mutual friend’s party, Hawke started to talk to Bernstein about stage fright and found he had sage advice to offer on the subject, and much to say about other topics. Focusing on the quiet, assured Bernstein’s unassuming but powerful presence, his film often plays like an attempt to share that experience with the world.

An early montage of Bernstein teaching finds him taking the same direct, patient tone with each pupil. The most important thing, he tells them, is “an even pulse,” an observation about music that, like much of what Bernstein says, has broader applications. Exacting in his technique, and in the methods he tries to instill in his students, Bernstein views art and beauty as that which emerges from concentration and discipline. For Bernstein, there seems to be no divide between precision and passion. After realizing his entire outlook on life was colored by the quality of his practice sessions, he “concluded that the real essence of who we are resides in our talent.”

The film, which opens with Bernstein worrying over the fingering of an especially tricky piece before getting it beautifully right, makes a persuasive case for this point of view. Alternating interviews, observational passages, and conversations with past students, Hawke’s low-key film never pushes too hard for effect and lets any drama emerge slowly. Bernstein’s calm demeanor breaks only once—when he recalls his traumatic experiences in the Korean War—but other moments suggest he’s come by his peacefulness the hard way, alluding to past problems with the music industry and a distaste for Juilliard. Mostly, Hawke’s just content to let Bernstein talk, observing as he lays out one gentle observation after another, then illustrating the ways Bernstein applies those observations to his own life. Bernstein walked away from the spotlight, but it wasn’t a retreat. Hawke captures a man now following his own path.