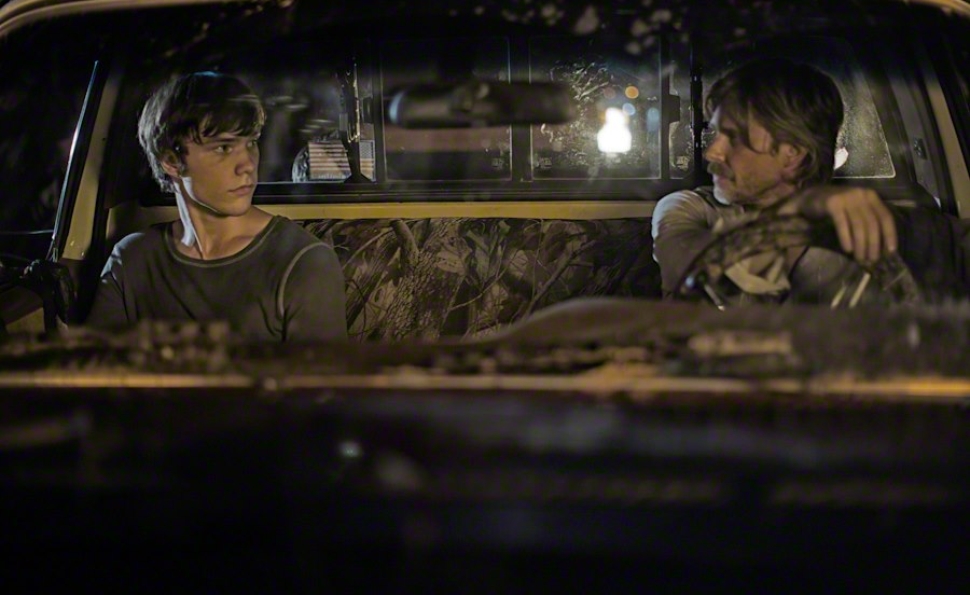 In the aftermath of a high-school shooting, the “Why?” question becomes a predictable and mostly useless game of political football, with answers that advance one agenda or another, but can never adequately account for an event so heinous and inexplicable. On the left, there’s talk of gun culture, and the dangers of adolescent angst finding an outlet in easily accessible weapons; on the right, there’s speculation about the moral decay advanced by violent comics, movies, and videogames. Tim McCann’s White Rabbit handles the issue like the fair-and-balanced moderator on a cable-news roundtable, allowing the clichés of liberal and conservative explainers to get full and equal airings. Perhaps it was deliberate strategy on the part of McCann and his screenwriter, Anthony Di Pietro, to neutralize the politics of a mass killing and focus more on the psychic stress that triggered it. But even if that was the case, it doesn’t make the film any less crushingly banal.

Opening in the moments before Harlon, a tormented student, enters his school with a rifle, White Rabbit tracks all the way back to the kid as a sensitive 2-year-old, enduring a shouting match between his redneck parents. His father Darrell (True Blood’s Sam Trammell) lights a cigarette with a candle on the boy’s birthday cake, and the father-son dynamic scarcely gets subtler from there. As Harlon (played as a teenager by Nick Krause) reveals himself to be a sensitive child, pop berates him for being a “crybaby” and forces him to do more masculine things, like teaching him how to hunt rabbits (including the symbolic bunny of the title) or dragging him to the local strip joint. At school, Harlon and his only friend, the even runtier Steve (Ryan Lee), are relentlessly bullied by jocks, who sense a wounded gazelle in their midst. Hope arrives in the ripped-fishnets form of Julie (Britt Robertson), a Manic Pixie Nightmare Girl who takes a liking to Harlon, but has her own set of problems.

McCann and Di Pietro never stop piling on reasons for Harlon to crack: The characters from a tacky convenience-store comic tell him to do things, his dad doesn’t let him keep a mangy dog he and Steve rescue from a Dumpster, the one teacher who takes an interest in Harlon embarrasses him in front of the class. And so on. But for all the kitchen-sink, all-of-the-above accounting for Harlon’s actions, they still don’t hold water, because the shift from a sensitive, empathetic kid to a Kubrick-eyes killing machine is so abrupt and unconvincing. Starting with its Indiewood notions of a hick backwater—the rusted-out junk littering the front yard, the father with the crud-stained wifebeater, the cackling nitwits at the gun shop—White Rabbit is too blunt an instrument, explaining Harlon when it might be more suggestive.

Though White Rabbit steps on every land mine, making a smart movie about school shooters isn’t impossible, as films like Elephant, Zero Day, and We Need To Talk About Kevin proved. But those films aren’t as focused on directly addressing cause-and-effect. They take a less conventional angle, whether it’s Elephant’s poetry, Kevin’s impressionism, or Zero Day’s personal-documentary approach. White Rabbit simply doesn’t arrive at a convincing diagnosis for Harlon, much less any insight into the culture that gives rise to killers like him. And that’s before a cop-out ending that’s meant to be ambiguous. (See The Reveal.) The film, like the post-shooting punditry it echoes, is part of the problem.