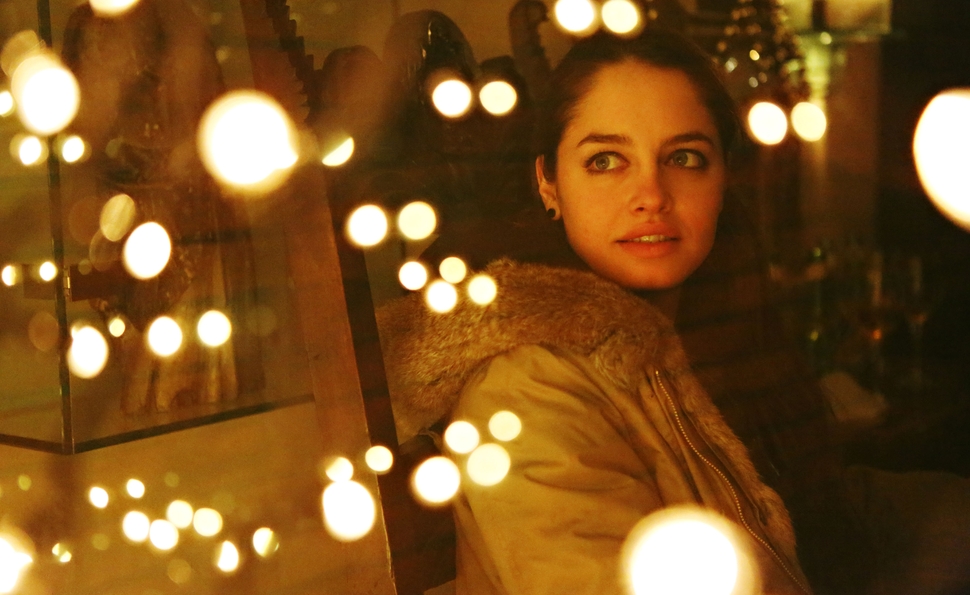 The three primary threads of Paolo Virzì’s acidic Italian drama Human Capital each have different styles and different narrative aims, leading to a film that can be read a variety of ways: as a low-key class comedy, a message drama, a formal exercise in cinematic fandom, or just a twisty thriller. None of these readings is wrong, but just as the film blurs all three stories into a single cross-threaded timeline, it blurs all these readings together into a story that’s never about just one thing. The moral ends up muddier as a result, but the film’s diversity ends up making it more of a muse-worthy thinkpiece than a conventional melodrama might have been.

The film has been an Italian phenomenon: It became a box-office chart-topper, and was nominated for an astounding 19 David di Dinatello awards, the Italian Oscars. (It won seven, including Best Film, Screenplay, and Actress.) Italy’s submission for 2014’s Best Foreign Language Oscar is simultaneously an opulent prestige drama and a gritty noir, stretching from a multimillionaire’s mansion to a drug dealer’s grimy flophouse. It feels like a quintessential Italian drama, drawing on classical and modern Italian politics and cinema. But writer-director Virzì adapted it from Stephen Amidon’s 2004 American novel, moving the action from Connecticut to the Milan area. It’s a seamless transfer. But in part, that’s because so many of the motives on display are so universal.

Virzì opens with Dino (Fabrizio Bentivoglio), an independent real-estate broker who sees his teenage daughter Serena (Matilde Gioli) as an opportunistic ladder to the financial big leagues: Her relationship with fantastically rich mop-haired classmate Massimiliano Bernaschi (Guglielmo Pinelli) provides Dino with an excuse to hang around the vast Bernaschi mansion, and ingratiate himself with Massimiliano’s fund-manager father Giovanni (Fabrizio Gifuni). By shutting down his business and mortgaging himself to the hilt, Dino buys into Giovanni’s high-end hedge fund, expecting a near-instant 40 percent return. The story progresses quickly and mercilessly to the obvious disastrous conclusion: From the moment shaggy Dino first starts his cringe-inducing campaign of clinging to aristocratic, vulpine Giovanni, it’s clear where their arc is going to go.

So before long, Virzì loops back to spend time with Giovanni’s wife Carla (Valeria Bruni Tedeschi), an insecure, meek former actress who decides to renovate a decrepit local theater as a personal cause. Meanwhile, in a third plotline, Serena and Massimiliano navigate a relationship that isn’t at all what it looks like from the brief glimpses during the first two segments. Serena’s involvement with harried young artist Luca (Giovanni Anzaldo) changes the other two stories considerably, both in retrospect and once Virzì brings them all together. The inevitable linking element—a waiter biking home, struck down in a hit-and-run by a black SUV resembling Massimiliano’s—hangs over the film like the sword of Damocles waiting to fall. It’s unclear until the end who was driving the vehicle or exactly what happened, but the wait for the inevitable reckoning adds tension to even the film’s sleepiest, most abstracted moments.

Virzì’s script, co-written with Francesco Bruni and Francesco Piccolo, presents these three segments consecutively, scattering brief asynchronous moments of clear import throughout (Dino glimpses Carla weeping in her car during his story; Carla misinterprets things she hears and sees of her son and Serena during hers) but mostly making them discrete and distinctive. Dino’s grey-toned chapter is a bluntly presented social drama that progresses with a quick but measured tone, and some elements of discomfort humor in Dino’s appallingly unselfconscious, guaranteed-doomed social climbing. Carla’s brightly lit scenes stretch out like an interlude from an Italian New Wave classic, ruminating at slow length over shots of Carla emotionally at sea at home, in her pool, out shopping, or in bed with her ruthless husband. And Serena’s grimy chapter uses fast cuts and natural camera movement for a sense of neo-noir crime-drama urgency.

There are themes running throughout Human Capital, about the price of human life, how the rich can expect a different standard of justice than the poor, the insulation that comes from money and the desperation that comes when it’s lacking. But Virzí treads over all of them lightly, without overselling them or turning any of his threads into a morality tale. What comes across keenly instead are the characters. Gioli, in her film debut as Serena, is a striking wonder: Her alternately steely and vulnerable performance runs a showreel range of emotions that make Serena feel like the most adult player in the many childish games going on in these stories. Her personal cause may be the most just, but regardless, it’s also the most passionate, and the most deeply felt. Tedeschi as Carla feels like a sister spirit to Skyler on Breaking Bad: often lost and needing to grow into her own determination. Bentivoglio as Dino is superbly discomfiting; he brings across Dino’s confidence in his own rationality while letting the audience see his every awkward mistake. These are terrific character actors, fleshing out what could seem like a grab-bag of melodramatic ideas.

More than anything, Human Capital is about the causes people take up as crucial: winning a high-school award, achieving riches, saving a theater, saving a life. Its strength is in the way Virzí treats these unequal goals even-handedly, showing with minimal judgment how his characters blinker themselves by focusing on one and losing outside perspective. At the end, when the film steps back for a capping sequence that brings the first three chapters together, he brings in the distanced perspective that they’re all missing, and ends with a moment suggesting what’s really important. But what makes Human Capital a worthwhile experience is the way he focuses on understanding his characters’ desires, rather than deriding them as unworthy.