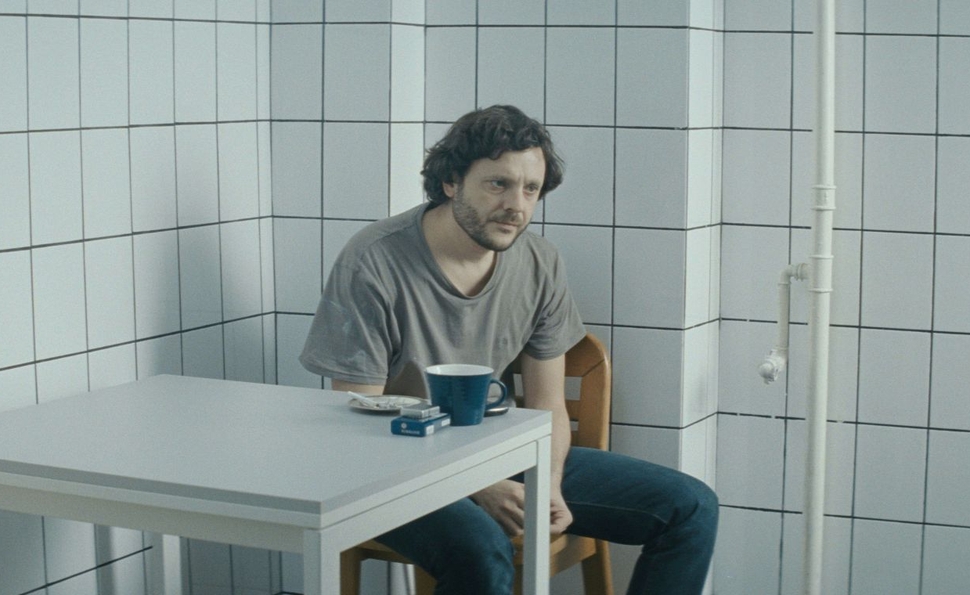 When Evening Falls On Bucharest, or Metabolism

One of the key figures to emerge from the ongoing Romanian New Wave, director Corneliu Porumboiu makes films that double back cleverly on themselves, whether in the bifurcated structure of his debut feature, the political comedy 12:08 East Of Bucharest, or in the genre commentary of its follow-up, Police, Adjective, which turned a procedural into an exercise in semantics. (The title says it all: The big scene involves a character reading passages from a dictionary. And it’s fantastic.) Porumboiu ventures ever further into the navel with When Evening Falls On Bucharest, or Metabolism, a film about filmmaking that studiously denies everything that might be expected of a movie (conflict, resolution, a single title) while wandering off into discursive conversations on how form influences function. Like many contemporary Romanian films—and all of Porumboiu’s—it’s sometimes played for dryyyyyyyyy comedy, but mainly it’s a heady piece of deconstruction, made by and for the dedicated cinephile. (The 50 Years Of Janus Films box set is prominently featured in one scene, positioned like the centerpiece at a Thanksgiving dinner.)

A possible stand-in for Porumboiu—or perhaps Porumboiu’s worst image of himself—director Paul (Bogdan Dumitrache) is in the middle of his latest production, which appears to be a domestic melodrama, but its content isn’t particularly important. What is important, at least to Paul, is getting his lead actress Alina (Diana Avramut) to do a nude scene. He feels it’s important to the film, but hasn’t convinced her likewise. Paul and Alina have been engaged in an off-set affair with an encroaching expiration date, but for now, they’re rehearsing the scene in question and trying to finish the shoot before his producer Magda (Mihaela Sirbu) loses her patience. As creative block sets in, Paul tries to beg off shooting due to an ulcer or gastritis—hence the “Metabolism” of the title—but he struggles to make a convincing case to Magda. Meanwhile, his relationship with Alina is increasingly beset by jealousy and sniping.

The above description makes When Evening Falls On Bucharest sound like a reasonably conventional drama—the lovers quarreling and the production woes recall Jean-Luc Godard’s Contempt, which Porumboiu has cited as an influence—but the film is anything but. There are less than 20 shots in the film, all static widescreen compositions, and two of the longest are devoted to Paul holding court with Alina—first over how the 11 minutes of celluloid in a roll has influenced the development of cinema, then later on how chopsticks have made Chinese food more sophisticated than cuisine consumed with a knife and a fork. There’s no dramatic force to these scenes, other than maybe Alina’s growing boredom with Paul; they exist as a sounding board for Porumboiu’s ideas and a comment on the act of filmmaking, as movies shift into the digital realm. And that continues elsewhere, when the scene Paul and Alina rehearse morphs into a reflection on their own relationship, which Porumboiu dramatizes as Paul himself might.

For all the formidable intellect that went into its conceit, When Evening Falls On Bucharest has a slightness that isn’t helped much by the weight of the discussion, which occasionally presses it into a flat soufflé. But Porumboiu’s insight into the filmmaking process itself is often fascinating, particularly the long sequence where Paul and Alina block the nude scene and get into the thematic motives and practical problems of actually staging it. When the rehearsed scene plays out in another context altogether, it’s a sly bit of mastery that Porumboiu doesn’t overemphasize. Then again, “emphatic” doesn’t describe anything in the film, in part because Porumboiu wants viewers to be aware of the notes he doesn’t play as much as the ones he does. Only the keenest ears need apply.