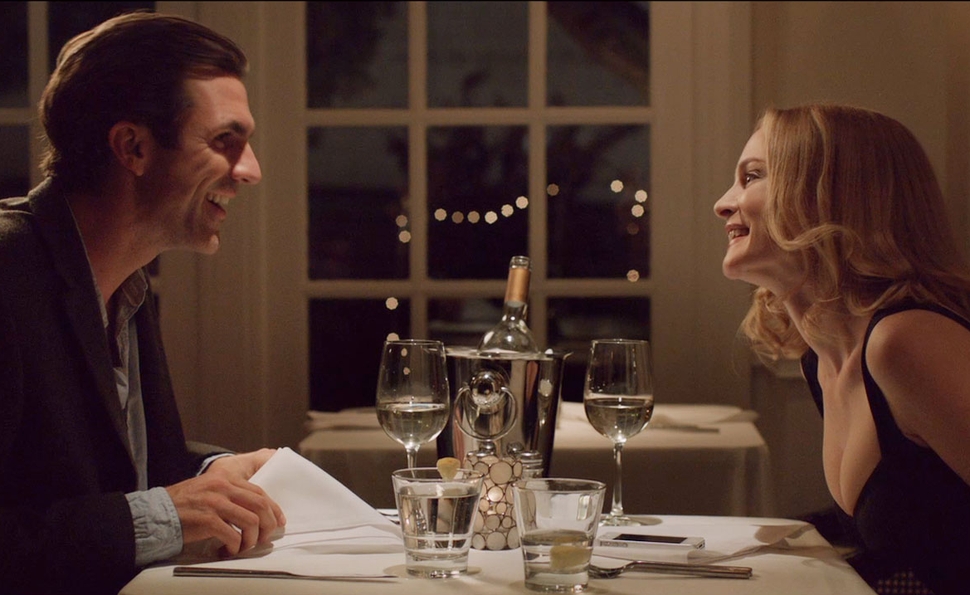 Goodbye To All That

Early in Angus MacLachlan’s Goodbye To All That, 9-year-old Edie Wall (Audrey P. Scott) asks her mother why her dad is so accident-prone. Her mom sighs, “He doesn’t pay attention.” And she isn’t just talking about her husband’s tendency to fall, crash, and bump into things. Otto Wall (Paul Schneider) is a sweet guy who wanders through life in a kind of daze, assuming everything will work out okay. And he doesn’t realize how clueless he’s been until his wife Annie (Melanie Lynskey) surprises him by filing for divorce. Goodbye To All That is about what happens next, and whether it’s too late for Otto to learn how to pay attention.

Goodbye To All That is the directorial debut of MacLachlan, a screenwriter best known for the films Junebug and Stone. This new movie has a lot in common with Junebug. It’s set in North Carolina, it’s primarily an acting showcase, and it’s low-key to a fault. There’s no real plot to the film, post-divorce. Otto just drifts from one colorful date to the next, discovering that being a middle-aged single man in the social-media-savvy 2010s is a sexual wonderland—though it isn’t particularly hospitable to someone like himself who prefers domesticity, because it gives him a stable base from which to be a fuck-up.

There’s a relaxed quality to Goodbye To All That—and Schneider’s performance—that’s both its biggest strength and its crippling weakness. Shot in the fall, in and around a small town, the movie has an appealing leaf-strewn look, and a refreshing emphasis on everyday interactions. It’s at its best when Otto is jogging through woodland trails, or listening with genuine fascination as Edie describes what she did during recess with her best friend. Otto isn’t immature in an overblown rom-com or indie-dramedy kind of way. He’s just somebody who prefers to go with the flow of the day, and sometimes fails to consider how following his whims might interfere with his grown-up responsibilities.

But MacLachlan hasn’t given his main character anything revelatory to do or say. Goodbye To All That is mostly just a series of vignettes, detailing Otto’s sexual misadventures. And even those don’t amount to much. For every quiet, well-observed scene between Otto and Edie, there are three raunchy, cartoonish scenes, like the one where Otto goes on a date with a woman who can reach orgasm through dirty-talk alone, or the one where he gets berated by the conservative Christian he had spirited, dildo-enhanced sex with the night before. The broad comedy in Goodbye To All That clashes with the mellow slice-of-life that the movie mostly means to be. And Schneider’s mumbly, laconic turn as Otto doesn’t help. He’s likable enough, but he effectively neutralizes any attempt to add some electricity to the film.

The biggest issue with Goodbye To All That, though, is how it subtly but persistently sets up Otto as a saintly fool, who might be able to get along just fine without all the nutty women in his life. And that includes Annie, who starts out as a reasonably unhappy spouse, and later comes off as selfish and cruel, telling Otto to stay out of her way: “This is my time.” The whole point of Goodbye To All That wavers between being a gently funny look at adult relationships in the Facebook era, and being a sketchy salute to aging slackers like Otto, who’s described by one of his dates as “kind of a disaster” but “a crazy-fun fuck.” In the parlance of our times, that’s called a humblebrag.

GoWatchIt: Buy. Rent. Stream Goodbye To All That