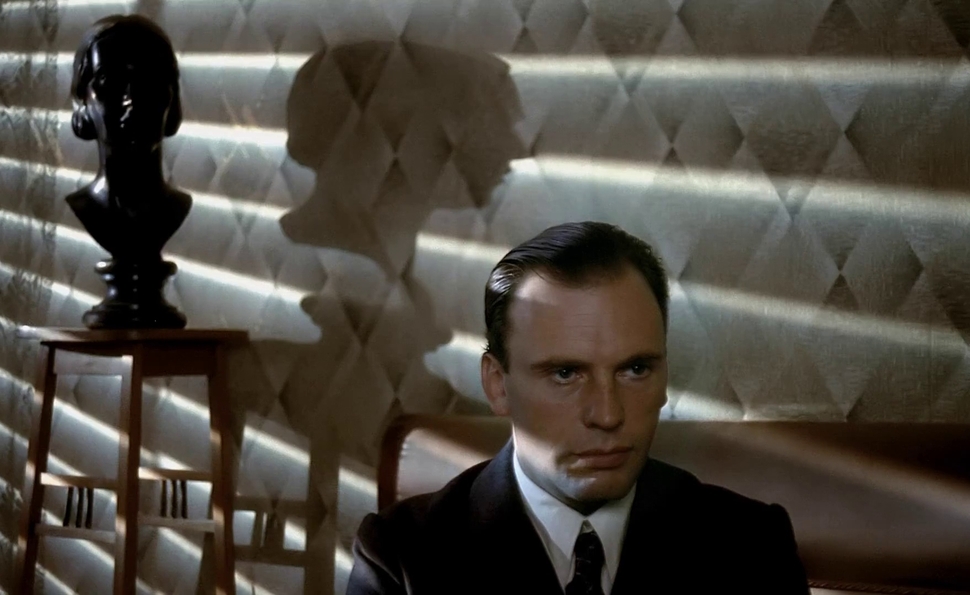 The past is a slippery thing in Bernardo Bertolucci’s 1970 landmark The Conformist, a film that nests flashbacks within flashbacks until a final sequence that brings the future crashing down on its eponymous protagonist. Much of the film unfolds as Marcello (Jean-Louis Trintignant) rides in a car with Manganiello (Gastone Moschin), setting out from Paris for the outlying countryside on a misty morning in 1936. Manganiello works as muscle for the Italian fascists. Marcello’s just along for the ride and to point the finger at Professor Quadri (Enzo Tarascio), an anti-fascist professor now living in exile in France. The act will define him, but it’s also just the most destructive instance of a pattern he’s followed for most of his life. Going along for the ride is what he does. He was a fascist before he even knew it.

As the ride progresses, Marcello looks back, remembering the circumstances that put him in the passenger seat, each presented with the fuzzy edges of a dream. These include a humiliating bullying episode followed by sexual abuse at the hands of his family’s chauffeur, Lino (Pierre Clémenti), followed by Lino’s murder at Marcello’s own hands. Or at least that’s the way he remembers it. Or maybe the incident’s just the excuse he needs to cloak himself in normality no matter what the cost to others. He marries Giulia (Stefania Sandrelli), a woman he treasures for her mediocrity. And when called into service by the men who’ve assumed control in the pitiless corridors of power, he does what he’s told.

Bertolucci shoots those corridors, and the way they dwarf Marcello as he walks them, the way he shoots the rest of the film: with an exaggeration that skirts Expressionism. The film has a dreamlike quality, much of it courtesy of Vittorio Storaro’s cinematography. Storaro’s work here influenced the look of film for years after The Conformist, but if the restored version of The Conformist overseen by Storaro and Bertolucci that appears on this new Blu-ray edition reveals anything, it’s the undertones teased out by Storaro’s color scheme. He shoots the past in blue and gold filters, but the shades always feel slightly off. It’s yesteryear remembered with a combination of nostalgia and repulsion, a queasy combination that defines the film and gives it a kind of hideous allure.

Adapting a 1951 novel by Alberto Moravia, Bertolucci drops one memorable setpiece after another: Marcello’s visit to the leaf-strewn grounds of his manor where his mother indulges a morphine addiction, a trip to a sanitarium to see a syphilis-mad father, a rapturous dance scene that never escapes the tension underlying the whole film. But it’s as much a story about the passage of time, and the way memories cling and claw, as one about any given moment. Marcello flees the horrors of his parents only to deliver himself to a much greater horror. Toward the end, he looks down at his toddler daughter and then walks into the ravaged Rome he helped create, the one he’s leaving to her and others of her generation. He was just along for the ride, but sometimes it’s the passengers that determine the destination.

Only one, apart from the trailer, but it’s a substantial one, an hourlong documentary about the film called In The Shade Of The Conformist, which features an extensive recent interview with Bertolucci.