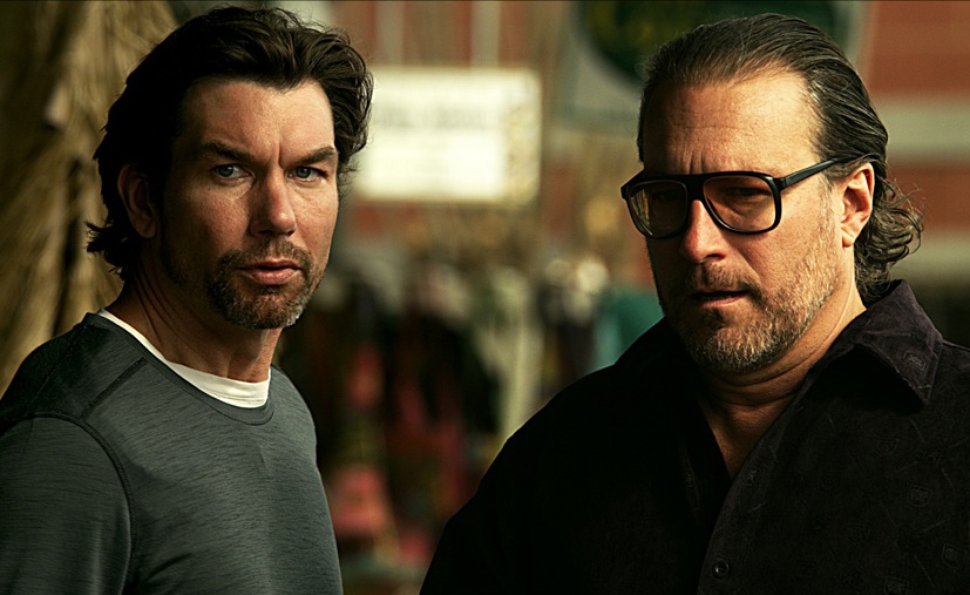 Story-problem time: Lacey (Gillian Jacobs) is a young woman who enjoys using cocaine and has made an appointment to purchase some. But her dealer Joe (Jerry O’Connell) isn’t home. His little brother Holt (Justin Long) offers to let her wait until he returns, and she wants the cocaine badly enough that she accepts. (She’s either desperate or untrustworthy enough that she’s paid in advance.) Once she’s inside, Holt chops avocados and launches into a lengthy, manic monologue about her moral failings. Here’s just an excerpt:

The thing I think about—I think about where it comes from. I go to the bottom rung and I think about the people who are growing it, you know, these poor peasant farmers in Bogotá. They’re not bad people, they’re good people, they’re just trying to provide for their families, but it’s very lucrative. And the government’s banned all these coca plantations, so they come in, do these raids, and if the farmers don’t have enough money to pay them off, they throw them in prison. And they burn all the crops and it takes months to recultivate, and during that time, who’s paying for it? It’s the kids… I have a hard time not thinking about it every time somebody comes to buy a gram. You know?  They want to get hopped up on a Friday night and I hear kids in Colombia crying.

Many hours and many drinks but no cocaine later, he goes full missionary:

You don’t need it…You don’t need the shit. I’m serious, you have so much going for you. You’re gorgeous and you’re funny and you love your job… You can do whatever you want to do. You’re way too hot to be a junkie, you really are.

How does Lacey respond?

People who choose answer #4 should probably keep their distance from the buying or selling of cocaine. But they might enjoy The Lookalike.

The film, directed by Richard Gray from a screenplay by Michele Davis-Gray, clearly wants to be an Elmore Leonard-style crime saga with the kind of interlocking plot that has to be mapped out on a bulletin board covered with index cards. John Corbett and Steven Bauer play two low-level New Orleans dealers who want to move to the big time by inheriting the Colombian connection of retiring dealer William Spinks (John Savage). In return, they’ve promised to deliver a woman named Sadie Hill (Jacobs, in the other part of her double role) for an assignation; their plans go awry when they accidentally kill her by dropping a chandelier on her head. The rest of the film is a search for a suitable impostor through the underbelly of tax-credit-rich Louisiana.

There’s no shortage of the recognizable actors in minor roles that populate this sort of thing: Luis Guzmán as a loan shark, Gina Gershon as a detective. But there’s a real shortage of recognizable human behavior, and by the time The Lookalike introduces Scottie Thompson as the deaf, one-legged terminally ill woman who inexplicably falls in love with Joe, things are irrevocably off the rails. There’s no room here for the small character moments that make something like like Jackie Brown work—Robert Forster and Pam Grier listening to the Delfonics, say. The actors, particularly Jacobs and Long, do the best they can with the material, but there’s no saving it—the index cards are showing.

Still, there’s nothing wrong with clockwork plotting if the plot is interesting enough, and The Lookalike has a few surprising (even if mostly because unmotivated) twists and turns. It’s possible to imagine a version of this film that would live forever on late-night TV: Cinematographer Thomas Scott Stanton gives the audience not one but two shots of people walking away from explosions in slow motion. But it’s neither clever enough to get away with being stupid, nor stupid enough to just be nasty fun. And it has to be said: The men in this film are consistently treated much better than the women. In The Lookalike, women get to be inciting incidents, McGuffins, rewards for good behavior, punchlines, and even dei ex machina, but they never get to be interesting. Neither does the movie.