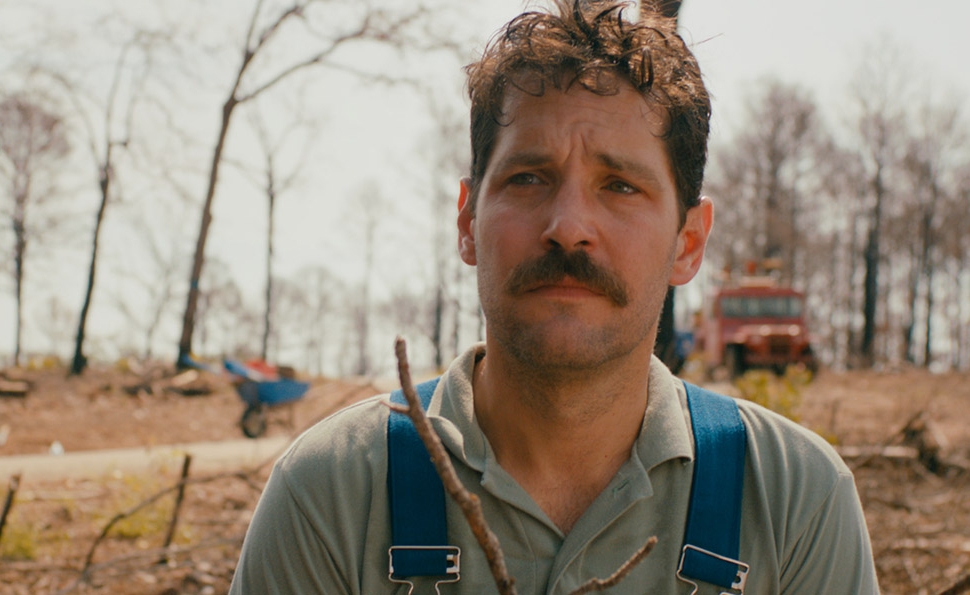 The line on David Gordon Green is that the once-promising director of George Washington and All The Real Girls, whose lyrical whimsy made him Terrence Malick’s heir apparent, has spent his last three films squandering his talent on Hollywood chaff, each more inane than the last. Where could the Green of old be found in stoner comedies like Pineapple Express and Your Highness, or The Sitter, a feature-length homage to the 1980s dross of Adventures In Babysitting? The charges against Green are fair, to an extent—the latter two films are particularly misconceived—but in truth, Snow Angels, his grim, narrative-driven tapestry of small-town tragedy, remains his biggest departure. The others, good or bad, Hollywood or independent, are connected by Green’s love of the offbeat and eccentric, and the little interludes with the characters at play. He delivers plot points with great reluctance.

Produced quietly and independently before emerging at this year’s Sundance Film Festival, Green’s latest, Prince Avalanche, has been hailed as a return to his roots. And that’s correct as far as it goes: The simple premise of two road workers screwing around in a scorched Texas wilderness allows Green ample opportunity to survey the diminished beauty of the landscape and document the weird, funny habits of men in isolation. But the irony of Prince Avalanche is that its most conventional elements, the ones that wouldn’t be out of place in a Hollywood buddy comedy, are by far its most satisfying. It’s only when Green reaches for the old poetry that the film seems excessively precious and out of balance. Perhaps those directorial muscles have atrophied over the years.

Set in a 1987 that’s blessedly short of period bric-a-brac—a calculator watch, a boombox, and a pair of striped tube socks are the extent of the 1980s props—Prince Avalanche takes place in a haunted Texas landscape ravaged by wildfires. Houses have been leveled, trees are blackened, and miles and miles of country road need signs, reflectors, and yellow lines replaced. That’s where Alvin and Lance come in: Alvin (Paul Rudd) is a priggish big-city type who loves the outdoors and proselytizes about the difference between being alone and being lonely. He would be content enough to do the job on his own, but as a favor to his girlfriend, Alvin partners with her younger brother Lance (Emile Hirsch), a dim layabout who’d rather be “getting the little man squeezed.” The odd couple develop a little camaraderie over time, and they’re occasionally visited by an old truck driver (Lance LeGault) who offers bottles of 7-Up spiked with vodka.

A remake of a 2011 Icelandic obscurity called Either Way, Prince Avalanche breezes along happily on the comic friction between Rudd and Hirsch, who bicker over things like “the equal-time boombox agreement,” an accord Alvin breaches by refusing to eject a tape on learning to speak German. (He claims an education exception.)  Green and his cast get laughs from strange patterns of behavior or unconventional phrasing on the punchlines, like the way the truck driver tells Alvin he looks stupid trying to smoke a cigar. Alvin and Lance have problems on the outside, but for a film about two characters camping out in ash and wreckage, the tone remains light and agreeably sweet much of the time.

When it gets a little more ambitious, Prince Avalanche has trouble finding resonances beyond that central relationship. A scene where Alvin finds an old woman sifting through the ashes of her former house, looking for a heirloom she hopes was miraculously spared, is as touching as any in the film. But when the character reappears in another capacity, the tangible pain of her loss is diminished by a wispier conceit. Green shoots for more exalted stylistic moments elsewhere, too, like bridging the metaphorical gap between Alvin and his girlfriend by speeding the camera down the road, or plastering the key text of some correspondence on top of the screen.

But these are all minor distractions from Alvin and Lance’s budding friendship and more grounded observations about love, growing up, and staving off loneliness. The independent landscape isn’t exactly short of offbeat stories about male bonding, but Green knows how to knock a minor comedy like Prince Avalanche off center without sending it off into the ether. In his retreat from Hollywood, he hasn’t forgotten how to operate on a smaller scale.