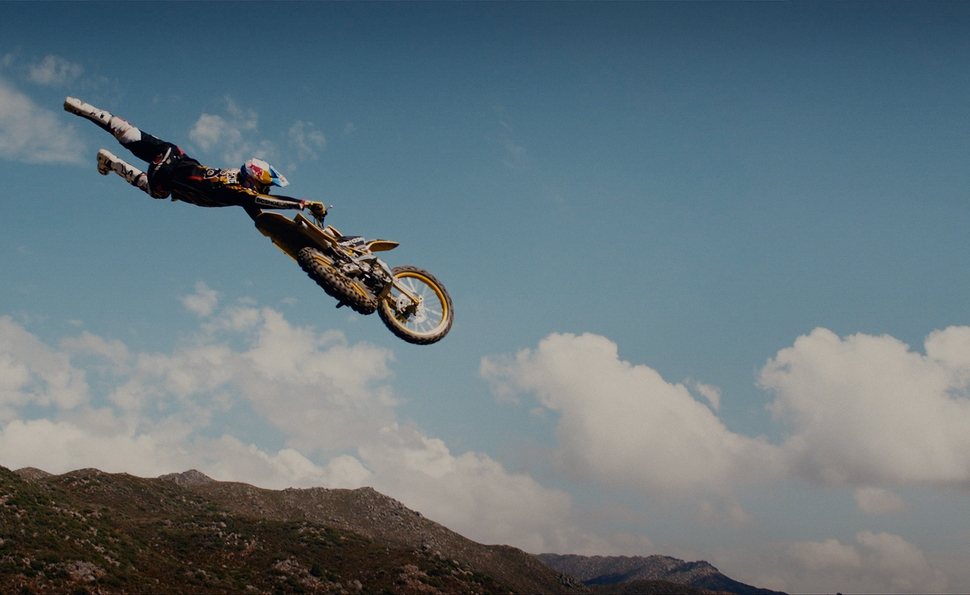 On Any Sunday: The Next Chapter

In the 1960s, filmmaker Bruce Brown helped sell the California surfing lifestyle with his classic documentary The Endless Summer, then helped popularize motocross in the 1970s with the beautifully photographed, Oscar-nominated On Any Sunday. Brown’s two best-known films have as much personality and as strong a point of view as any contemporaneous director’s work, documentary or otherwise. Brown brought neophytes into fledgling action-sports cultures through his wry narration, his you-are-there cinematography, his stunning use of slow motion, and his clear affection for exuberant athletes who risk their bodies for thrills. His son Dana has continued in the family business, making his own films about surfers and motorcyclists, with his dad as producer—and, more importantly, as role model.

With On Any Sunday: The Next Chapter, Dana Brown shows there’s still a lot to say about motorcycles. The new film gets back to the dirt tracks, catching up with what’s going on with motocross, the most kid-friendly form of motorcycle racing. But Brown also spends time with Robbie Maddison, maybe the most famous modern daredevil, known for jumping long and high. Brown and his crew have shot some spectacular footage of Moto GP races, where the riders hug curves so tightly that their legs brush the pavement; and The Next Chapter also follows speed-trials at the Bonneville Salt Flats, and the stunt-riders of the Nitro Circus. Brown introduces viewers to fascinating figures like deaf champion Ashley Fiolek, and the partially paralyzed Doug Henry, who rides a specially constructed cycle. Brown delves into the efforts to compensate for the environmental impact of motorsports by experimenting with electric bikes. And he does all this via a dynamic documentary style, mixing in aerial shots and kinetic POVs.

But The Next Chapter is no On Any Sunday. Dana Brown is a lot drier than his father as a narrator, and lot less adventurous as a filmmaker. On Any Sunday: The Next Chapter is doggedly down the middle, mixing sports action with talking-head interviews, set to an eclectic soundtrack of rock and country music. The movie feels scattered, jumping too quickly from subject to subject, with little of the original’s visual poetry. In On Any Sunday, Bruce Brown often let images alone tell the story, while Dana Brown can’t seem to let more than a minute to go by without some kind of chatter. And though there’s a tradition of interviewing celebrity enthusiasts in On Any Sundays (given that Steve McQueen was both a backer and a big part of the first film), the brief chat with Bo Derek here is a waste of time.

But while Dana Brown isn’t a visionary like his dad, he’s inherited the old man’s infectious enthusiasm. As with Brown’s solid earlier films Step Into Liquid and Dust To Glory, On Any Sunday: The Next Chapter effectively pitches its sport, via the participants’ graciousness and the impressive stunts and races. It’s hard not to be awed by Maddison riding his bike down bobsled runs and ski-jump ramps, or by the way bodies fly through the air when riders wreck in Moto GP. And sometimes The Next Chapter does display the old Brown touch. When Dana Brown is describing the spiked wheels of an ice-racing bike as being “like 50 buzzsaws coming right at you,” or when he’s saying of Austria’s grueling, muddy Hare Scramble, “You’ll hear the phrase ‘Are you kidding me?’ in at least eight different languages,” the spirit of the decades-old Brown family project survives.