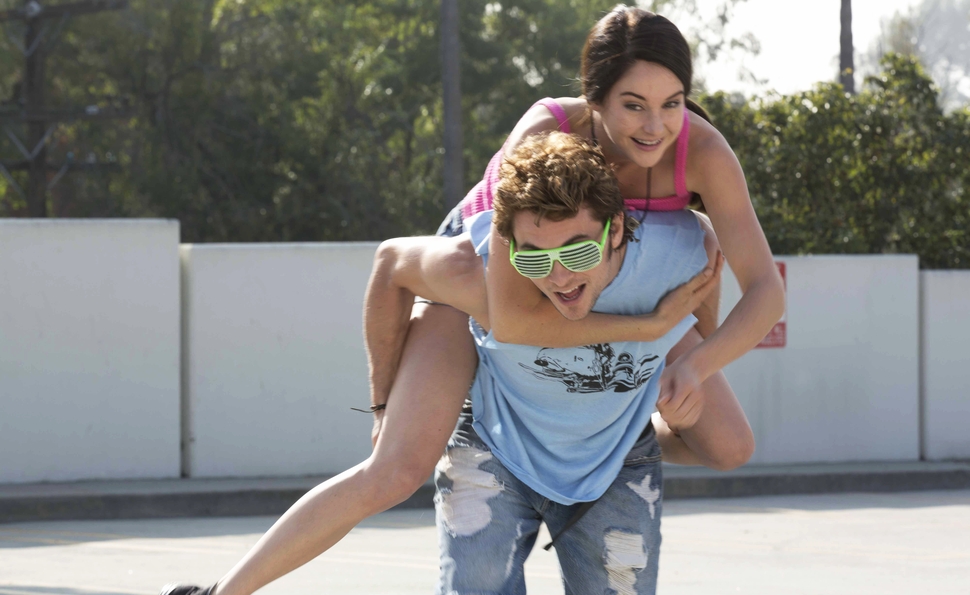 White Bird In A Blizzard

Even more than pop-art color schemes or daring explorations of sexuality, Gregg Araki’s greatest gift as a filmmaker is his understanding that even the lousiest childhood has moments of pleasure that the child will look back on wistfully. In Araki’s White Bird In A Blizzard (based on a novel by Laura Kasischke), Shailene Woodley plays teenager Kat Connor, who by nearly any standard has had it rough. Raised by a milquetoast father (played by Christopher Meloni) and a fashion-plate mother (Eva Green) who despise each other, Kat escapes into the dreamy alternative rock music of the 1980s, and falls into a sexual relationship with her dumb-but-hunky neighbor Phil (Shiloh Fernandez). But right when Kat starts having sex, her mother disappears, and the rest of her high-school and early college years are haunted by the mystery of her absence. Kat’s worst and fondest memories are inextricably intertwined.

As with Araki films like Mysterious Skin and Kaboom, White Bird In A Blizzard has a distinctive, candy-coated look, sort of like if David Lynch designed snow-globes. Between the soundtrack, supervised by avant-garde composer Harold Budd and Cocteau Twins’ Robin Guthrie, and the painstakingly dressed retro sets, White Bird In A Blizzard plays like Araki’s delirious reminiscence of his own adolescence, mixed with Kasischke’s coming-of-age story. The movie has the quality of a dream, or an outlandish fiction. To paraphrase one of its own lines, scratch the surface of White Bird In A Blizzard, and there’s more surface.

That isn’t always to the film’s benefit. A lot of White Bird feels stilted by accident as much as by design. Woodley gives a strong performance, alternately flirty and flinty, but the rest of the cast plays varying degrees of “stiff,” in ways that feel like a failure of modulation on Araki’s part. As the detective investigating Kat’s mother’s disappearance, Thomas Jane is an openly and hilariously cartoonish stud, but Angela Bassett’s turn as Kat’s therapist appears as if it were meant to be more serious, and instead comes off thick-lined, like an actress in a TV movie.

And then there’s the matter of the movie’s big mystery—the solution for which seems obvious to everyone but the heroine. White Bird In A Blizzard takes the form of a film noir, right down to Kat’s voiceover narration, drawn from her therapy sessions. But Araki’s use of that structure means there’s a lot of slow build-up to revelations that aren’t revelatory. Because the tone is so erratic, it’s hard to know whether its anticlimactic quality is a botch on Araki’s part, or a purposeful bit of genre subversion.

When in doubt about an artist with Araki’s track record, go with “purposeful.” Ultimately, White Bird works as a sensitively drawn portrait of adolescence, where even the worst kind of family crisis can’t suppress a young girl’s hormones, or her affection for popular culture. There’s a strong metaphorical kick to White Bird’s plot—not just because it’s about a girl who loses her mother and her virginity nearly simultaneously, but because it’s about a smart teenager who behaves stupidly, as so many teens are inclined to do. It’s not just what’s happened to her mom that Kat inexplicably can’t figure out, but also what’s going on with her dad, and with her boyfriend, who have their own secrets. It could be that she misses all the clues because she’s a kid, and kids have a hard time seeing anything outside of the immediate range of their awkward, needy bodies.