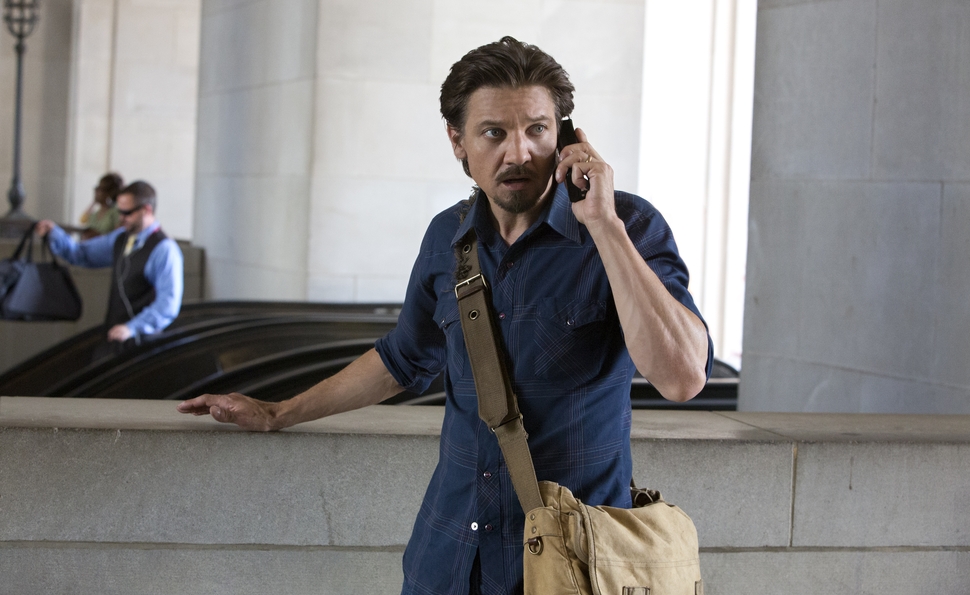 The Hurt Locker made Jeremy Renner a star, but it may have made him the wrong kind of star. Hollywood looked at this handsome guy playing a badass soldier and saw an action hero; in the four years since, he’s almost exclusively played tough dudes with guns (or bows and arrows). But those roles have rarely given Renner the opportunity to showcase the sort of character he really plays well, men whose convictions are exceeded only by their compulsions, and whose tough exteriors mask deep vulnerabilities. The Hurt Locker wasn’t just a war movie; it was also the story of a man whose commitment to his job as a bomb-disposal expert (and addiction to the thrills it provides) borders on recklessness. He’s someone who’s planning to see his assignment through even if that means getting blown up in the process.

That’s the Renner who’s been missing for most of the last five years, and that’s the Renner who’s happily back for the journalistic conspiracy thriller Kill The Messenger. This time, Renner plays a bomb-thrower instead of a bomb-disposer: real-life San Jose Mercury News reporter Gary Webb, who in the mid-1990s exposed a connection between Nicaraguan Contras and American cocaine dealers, and paid a terrible personal price for his fearless work. That connection was the Central Intelligence Agency, which turned a blind eye to the Contras’ drug-smuggling operations in America, so the group could use its profits to fund military efforts back home. Director Michael Cuesta follows Webb as he systematically uncovers the enormous plot, first as he’s drawn into the case of a local drug trafficker by a seductive girlfriend (Paz Vega), and later as the trail leads to Los Angeles crack kingpin “Freeway” Ricky Ross (Michael Kenneth Williams), then to the main Nicaraguan supplier (turned government informant) Danilo Blandón (Yul Vazquez).

Kill The Messenger mutates over the course of its runtime. It begins as a fairly straightforward procedural about a dogged writer on the hunt for a scoop, but once Webb’s “Dark Alliance” series is published, it transforms into a darker, sadder story about a man cursed with a dangerous mixture of moral outrage and obsession. His editors, played by Mary Elizabeth Winstead and Oliver Platt, initially back his efforts, but after the country’s top newspapers pick apart Webb’s reporting—largely, Kill The Messenger argues, out of embarrassment over losing such a huge story to a tiny competitor—Webb becomes a pariah, costing him the support of his co-workers and possibly even his family, including his wife Sue (Rosemarie DeWitt) and oldest son Ian (Lucas Hedges).

At times, Cuesta’s treatment of Webb’s life verges on becoming a conventional great-man biopic. Events feel condensed and rushed, and characters trade blatantly expository dialogue and talking-point slogans. (“This is a true story!” “Some stories are just too true to tell.”) The movie alludes to some of Webb’s past indiscretions, but it’s so vague about his mistakes that the response to his pieces looks like an overly simplistic witch-hunt.

Still, Kill The Messenger, based on Webb’s book about the CIA—along with a book by OC Weekly managing editor Nick Schou about Webb and the fallout of his investigation—always manages to veer back into fresher territory when it threatens to trade in too many biopic clichés. When Webb gets to deliver a climactic (and didactic) speech to a room full of colleagues while accepting a journalism award, his obligatory standing ovation—a tired stereotype of so many recent biographical films—is revealed via sudden jump cut as a daydream. A weary Renner instead takes the podium to a smattering of polite applause.

Kill The Messenger’s ultimate message—that sometimes there’s nothing more dangerous than the truth—is one it probably could have handled a little more carefully itself. Cuesta is serving two masters here: his film and its real-life subject. At times, he sacrifices the former’s overall impact in order to better vindicate the latter. What remains compelling, even through the movie’s missteps, is Renner. Digging into his best role in years, he brings to Gary Webb the same ferocious hunger to do good—and the same complete lack of a self-preservation instinct—that made him so fascinating to watch in The Hurt Locker. Kill The Messenger isn’t a great movie, but it’s a great vehicle for Renner, and a showcase for the kind of work he should be doing more regularly.