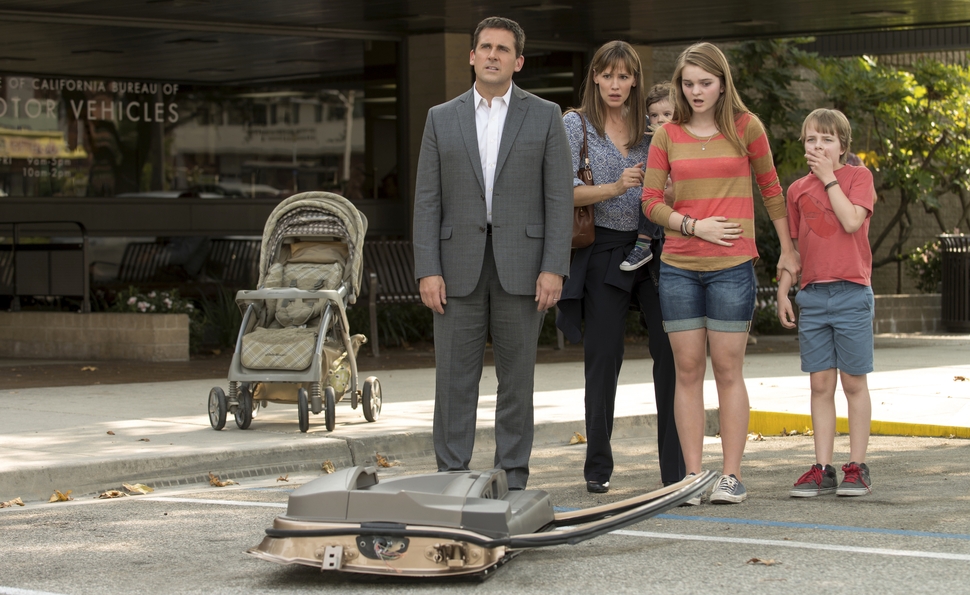 Alexander And The Terrible, Horrible, No Good, Very Bad Day

Starring in one of Disney’s live-action family comedies used to be a specialized skill. Actors either grew out of such parts, like Kurt Russell; aged into them, like Fred MacMurray; or built a career around them, like Dean Jones. Now it’s more like charity work for A-listers, something nice to do for the kids between other projects. (Though the new state of things does occasionally produce a truly inspired performance, like Jamie Lee Curtis’ work in the Freaky Friday remake.) Neither Steve Carell nor Jennifer Garner had to star in Alexander And The Terrible, Horrible, No Good, Very Bad Day, a loose adaptation of Judith Viorst and Ray Cruz’s 1972 children’s book. Yet they give it their all. Garner sweats her way through an embarrassing book reading. Carell gamely sets himself on (CGI-assisted) fire. In their scenes together, they create a sense of a functional, though challenged, marriage. It’s a painfully minor movie that doubles as an accidental study in how pros handle themselves when given less-than-challenging material.

Feeling padded at 81 minutes, and climaxing with a kangaroo chase, Alexander certainly is unchallenging. It’s full of easy laughs for soft touches, though the film’s credits and production history suggest it might have once tried to be about something. Once a project for Lisa Cholodenko (High Art, The Kids Are All Right), it’s directed by Cedar Rapids’ Miguel Arteta. (At least now he can say he’s directed features starring both leads of the American incarnation of The Office.) The indie cred pretty much stops there, however. This is a broad, sentimental family comedy of the sort Disney’s made for years.

It does have its virtues. Arteta doesn’t display much flair for physical comedy, but still generates a fair amount of warmth as he follows the hapless Alexander (Ed Oxenbould) first through a terrible (etc.) day of his own, then through a horrible (etc.) day shared by the rest of his family, thanks to his birthday wish that they could understand what he’s been going through. Thing is, he doesn’t seem to recognize that his family has problems of their own. His dad Ben (Carell) has been unemployed for months, his mom Kelly (Garner) has a high-pressure job that keeps her away from his family, his brother Anthony (Dylan Minnette) has a shrewish girlfriend, and his sister Emily (Kerris Dorsey) is worried about an upcoming school production of Peter Pan. Thanks to Alexander’s wish, all those worries come to a head during one no-good (etc.) day as they navigate a world populated with reminders of Disney-owned properties (Star Wars, Peter Pan, Dick Van Dyke).

For all the chaos, Alexander remains determinedly low-stakes. Ben’s unemployment, for instance, has seemingly introduced no financial uncertainty into their upper-middle-class lives. Nothing that goes wrong feels the least bit unfixable, and things get put back together almost as swiftly as they fall apart. There’s a cap on how much dread should find its way into light-by-design family entertainment, but this plays like the cinematic equivalent of bumper-bowling.