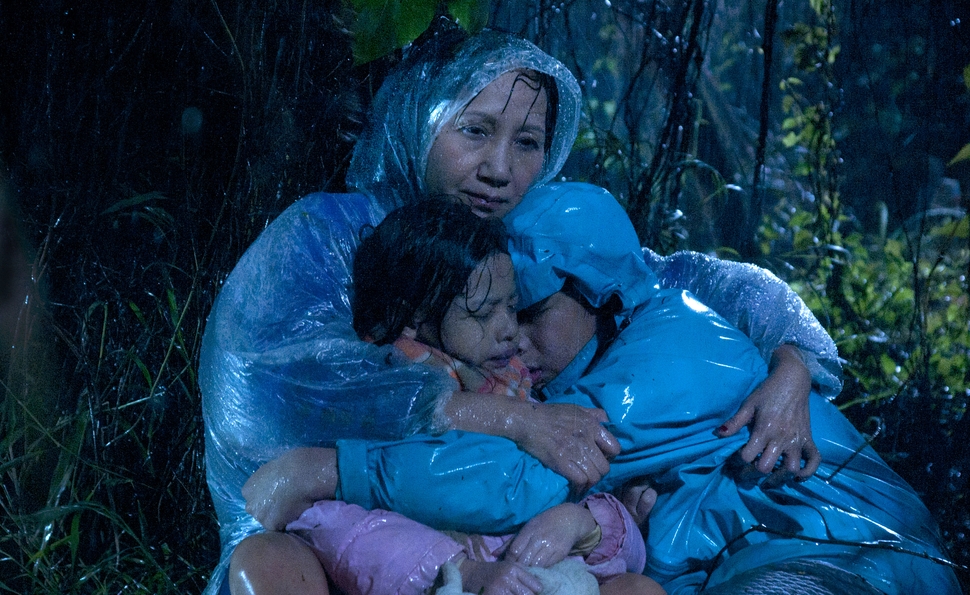 For more than 20 years, Taiwanese master Tsai Ming-liang has been cinema’s premier poet of urban alienation, advancing a single-take/master-shot style that’s studied and deliberate, but open to unexpected bursts of humor, whimsy, and even musical sequences. His star and muse, Lee Kang-sheng, is the closest thing modern movies have to a Buster Keaton successor: a slight but physically deft performer with an implacably stone-faced demeanor. But lately, first with 2009’s Face and now with the beautiful Stray Dogs, Tsai appears to have lost interest in appealing to anyone beyond fans of his work, which sounds like a criticism, but is in fact the contrary. Stray Dogs isn’t a gateway, but an exit, a stunning culmination of a career that has taken poverty as a condition of its lonely characters, but not its true subject until now. The more of Tsai’s filmography viewers know, the more that history adds power to this particular effort.

Watching Stray Dogs means realizing how much the offbeat melancholy of Tsai’s other work takes the condition of poverty as a given rather than a subject: The eponymous opening in his 1998 film The Hole, after all, is a giant hole in the floor of a Taipei apartment, connecting the upstairs and downstairs neighbors, but it takes the form of an often-wondrous musical. 2003’s Goodbye, Dragon Inn connects the closing of a movie palace with the gay subculture that persists there, but the actual space is decaying and rotten. His 2006 film I Don’t Want To Sleep Alone comes closer, since much of the action takes place among transients in Kuala Lumpur, but even that is dominated by the phenomenon of a forest fire blanketing the city in smoke. Stray Dogs is simply about how a family survives without money, and the devastating emotional consequences.

Opening with a shot of a mother (played, mysteriously, by three different women) brushing her hair in silence as her sleeping children (Lee Yi-cheng and Lee Yi-chieh) huddle under blankets behind her, Stray Dogs settles into a mood of pervasive sadness. The members of this family—none of whom are given a name—are rarely together at once, and they never seem to sleep in the same place, moving from a crumbling industrial space one night to an abandoned building another. The father (Lee) works as a human placard, holding up an advertising sign in the wind and rain, as cars howl under the overpass. The mother works in a grocery store; the kids sometimes have to fend for themselves. Tsai arranges them all like satellites without a home to orbit—washing up in public restrooms, shivering as they bunk in exposed concrete shelters.

None of this is especially dramatic. When they’re onscreen together, there’s no evident tension between the family members, and no conventional through-line of a plot. Stray Dogs is about the condition of living hand-to-mouth, of being among those forgotten urban dwellers who are pressed so far into the margins that nobody notices them at all. In one of the film’s most extraordinary scenes, tears slowly well up in Lee’s eyes as he stands with his placard in the driving rain, singing a Chinese lyrical poem with a cracked voice. He’s hidden by the sign and the downpour—no one can see him or hear him at this moment, other than the audience. Tsai implies that pain doesn’t even register enough for people to feel apathetic about it; they just don’t know he’s there.

Stray Dogs evokes the whole of Tsai’s filmography, but also pays off his collaboration with Lee, who shows a side of himself that’s been hidden away for all these years. Though Lee’s presence has always emanated loneliness and sadness, seeing real tears crack his visage is like seeing Greta Garbo smiling: It’s a momentous occasion that Tsai held off on unveiling until now. It’s one of the things that make Stray Dogs feel like Tsai’s career should be taken not as a disparate collection of films, but one complete story, with this as the conclusion. For fans of his work, the payoff is overwhelming.