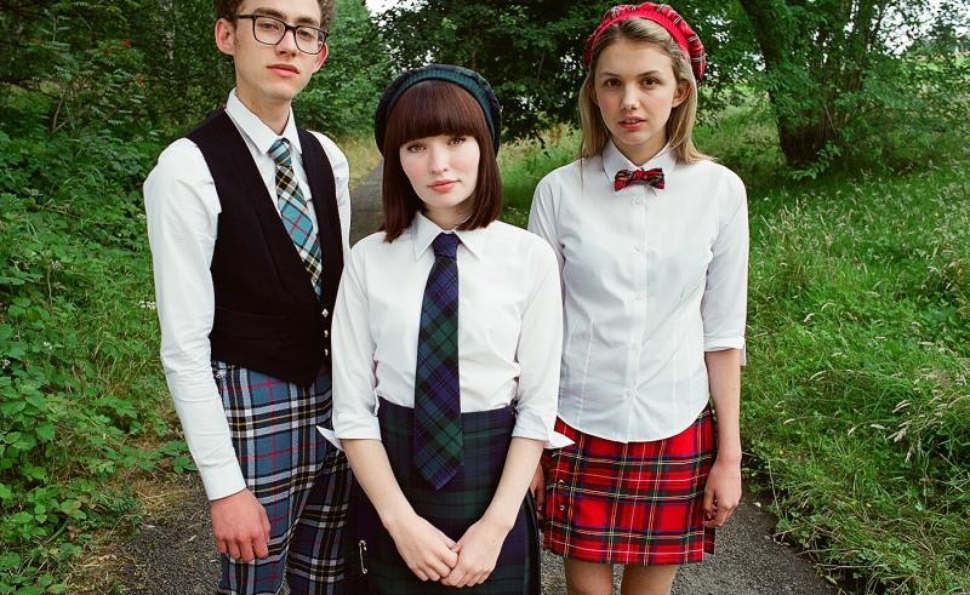 Scottish singer-songwriter Stuart Murdoch has said he credits prayerfulness and songwriting with helping him overcome the symptoms of Chronic Fatigue Syndrome, which plagued him when he was a young man—because for Murdoch, making pop music is both an intellectual exercise and a spiritual one. When Murdoch formed the band Belle And Sebastian in the mid-1990s, he released his first album through his college’s music-business department, letting his understanding of indie music and business models inform his approach. In the decades since Belle And Sebastian began, Murdoch has thoughtfully built out the band’s sound, starting out in the tradition of jangly, catchy Scottish acts like The Pastels and Aztec Camera, and later bringing in traces of disco, R&B, Thin Lizzy, and John Barry film scores. Murdoch has also continued to think about ways to get his music out into the world: from EPs to concept albums to movie soundtracks.

Murdoch’s writing-directing debut, God Help The Girl, mixes together a little of everything from his life, his art, and his business sense. The project began as a set of songs written from the points of view of several young women. The movie organizes those songs into the story of one woman, Eve (played by Emily Browning), an anorexic who escapes from a mental hospital and tries to find a foothold in the Glasgow music scene. There, she befriends a nerdy guitarist named James (Olly Alexander) and an idle rich girl named Cassie (Hannah Murray), and the three new best friends form a band. But Eve eventually realizes that her illness won’t just go away if she ignores it. Like a young Stuart Murdoch, she needs a plan, and she needs a little faith.

Just as Belle And Sebastian’s music is a pastiche of Murdoch’s favorite pop songs, God Help The Girl is a pastiche of the French New Wave, Richard Lester, and the same kind of gentle youthsploitation movies that Wes Anderson loves. Some of the sequences in God Help The Girl are eye-popping—and not just the musical numbers. Murdoch grasps that snappily dressed young people who look cool dancing in a club will look just as cool frolicking in the park, or going on a canoe trip—especially if they have “the constitution of an abandoned rabbit,” and form a striking visual contrast with nature.

While Murdoch exhibits masterful control in a recording studio, he isn’t a natural-born filmmaker. Much of God Help The Girl feels haphazardly stitched together, with pieces missing or placed in the wrong order, as though Murdoch didn’t get all the footage he needed. There are too many awkward pauses during the dialogue scenes—a common problem for novice directors—and the musical sequences lurch to a start and stop.  Murdoch is never able to integrate his fashionable fantasias smoothly into his main story, either. The material having to do with Eve’s anorexia and suicidal depression throws the movie out of balance.

But here’s where Murdoch’s personal gifts and experiences help considerably. Eve believes anything that happens to a person can be the inspiration for a pop song, and one of the main selling points of God Help The Girl is that Murdoch’s songs for the film are so unusual, even by Belle And Sebastian’s standards. They wind along discursively, describing the action on the screen as Eve and her pals roam through Glasgow, having adventures and chasing their dreams. Yet all the while, James—more than Eve, even—recognizes that his friend’s knack for spilling her life into perfectly arranged little numbers isn’t something anyone can do. James says he believes musical talent to be divine, and while Cassie thinks that’s preposterous, Eve sides with James. The best James and Cassie can hope for is to ride Eve’s coattails.

As both a student of pop music and a master practitioner, Murdoch understands the dynamic of bands, and the best scenes in God Help The Girl are the ones only Murdoch could’ve conceived. For instance, the band arguing over whether it’s stupid to give themselves a name, or whether it’s possible for a good song to be written by committee. The movie also acknowledges how easy it is to romanticize artists like Nick Drake and Ian Curtis who are so sensitive that they’re devoured by their own uncontrollable emotions. But God Help The Girl is ultimately an affirmation of life and music: a quirky little how-to manual on surviving the worst of youth by learning how to contain it within a frame.