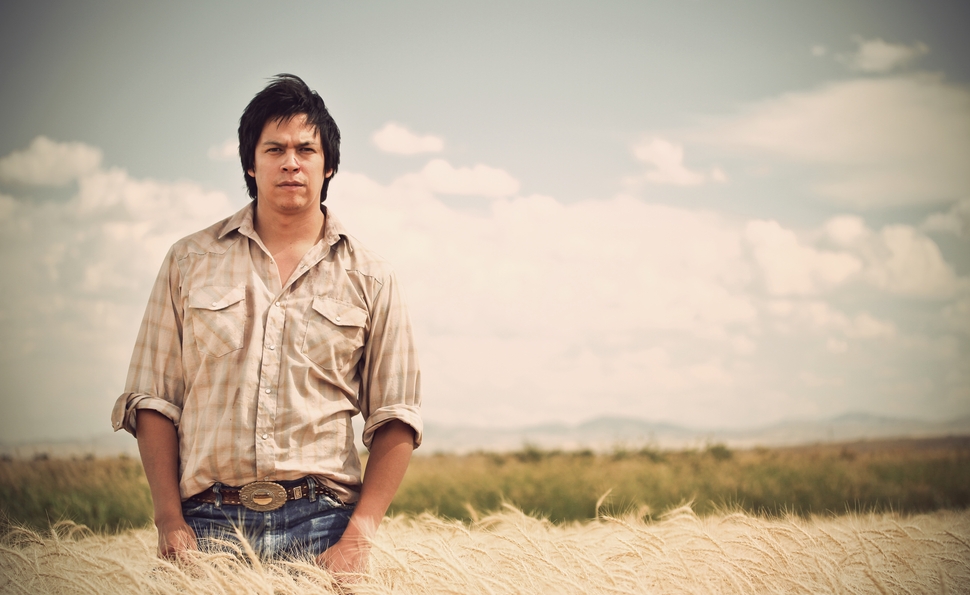 Winter In The Blood

One of American cinema’s greatest failures to date is the dearth of work produced about contemporary Native Americans. Hollywood Westerns and their stereotypes of savagery did incalculable damage to the cultural image of indigenous peoples, so the film industry’s general avoidance of reservations today may be unsurprising—but it’s still shameful. Winter In The Blood is a valiant attempt to remedy that oversight. Based on the novel by James Welch, the film follows a perpetually drunk and beleaguered Native who is forever questioning his own identity, a man labeled a half-breed by his peers, who loved cowboys as a child without a trace of irony. The film doesn’t preach, it just examines the inner workings of his mind, and wonders how he got that way.

Chaske Spencer, best known as Sam from the Twilight movies, does strong work as Virgil First Raise, who spends his nights in a drunken stupor and his days recalling his nights. Virgil, who lives on a reservation in Montana’s Hi-Line region, is haunted by visions of the past: his father freezing to death in a ditch, his brother convincing him to shoot a hawk, his grandmother attempting to teach him about the value of all life. He wakes up at the beginning of the film to find his wife has left him and taken his rifle. It’s established that she gets around, though considering Virgil is never without a drink, he’s far from an innocent party. Shirking his duties on the family ranch, Virgil stumbles into town to find her, his quest a pathetic echo of the cowboys he worshipped as a kid.

Twin brothers Alex and Andrew Smith, who wrote and directed, haven’t made a film since 2002’s The Slaughter Rule. Perhaps for this reason, the movie feels pleasingly out of step with time, and the brothers give a great sense of control behind the camera even as the story rambles on. Virgil’s past, both the immediate haze of his prior nights and the more distant recollections of his childhood, never feels like forced screenwriterly pathos, and the larger ideas here are mostly subtle enough. In flashbacks, Virgil’s loving father John (Richard Ray Whitman) also drinks too much, while lamenting the unfairness of having his land stolen. Now Virgil shows little interest in what’s left of his father’s land. The dark joke of the film is the way older generations and their devotion to their heritage have been displaced by the apathy and self-destruction of their children.

Virgil’s journeys have a picaresque quality, which can make the film feel overly precious—look, here’s the drunkard figuring himself out, stumbling from one microcosm of the struggles of his people to another. The most questionable presence is “Airplane Man” (veteran character actor David Morse), a mysterious white schemer who talks in conspiratorial tones and hires Virgil to drive him across the Canadian border for a clearly illegal purpose. His scenes play like misplaced farce, with a series of insults and a bizarre chase scene involving 1970s-era feds and a giant stuffed teddy bear.

At the end of Winter In The Blood, there’s a general sense that not everything the Smiths attempted has worked, but it’s hard to separate the strong moments from the weak ones, much as Virgil can’t separate one day from the next. Still, the images are lush, capturing a real love for the land of Montana’s Hi-Line. And there’s love in the people and history being depicted as well.