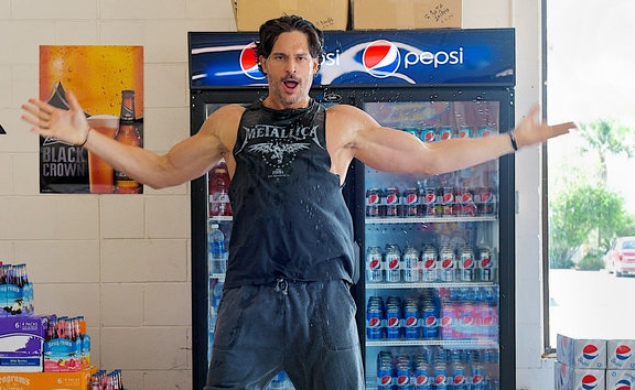 Harbinger of doom: Female superheroes are making us all feel shitty about ourselves, gender equality
In a piece titled “The Problem With Female Superheroes,”Scientific American’s Cindi May weighed in on a new study by Hillary Pennell and Elizabeth Behm-Morawitz at the University of Missouri that suggests that, for women, the influence of female superheroes is “not always positive.” No shit, right? But it’s not only that these characters are often marginalized, sidelined, undercut, victimized, or given embarrassingly stereotypical traits or storylines. May explains that, above all, even when female superheroes are portrayed as powerful heroines, they’re hypersexualized, creating negative feelings of self-worth and and self-esteem for the young women who admire them.

“Pennell and Behm-Morawitz suggest that women may admire the power and status of superheroines and consequently desire to emulate them,” writes May. “Because these sexualized superheroines have unattainable body dimensions and engage in unrealistic physical feats (e.g., saving the world in spiked heels), it’s not surprising that female viewers are left feeling dissatisfied with their own physical appearance and prowess.”

This isn’t the only issue—the study also found that, after watching a 13-minute reel that “either featured female victims from the Spider-Man series or female heroines from the X-Men series,” women both reported less egalitarian gender beliefs, i.e., disagreeing with statements such as “men and women should share household work equally” and agreeing with statements such as, “Men are better at taking on mental challenges than women.”  So not only did women feel shittier about their own self-image after being exposed to these films, they felt stupider, and less worthy of equality. Oy.

As May puts it, “While the roles for women in superhero movies have evolved from the helpless, easy mark to the commanding, mighty protector, the central appeal of these characters as sexual goddesses is the same. As a consequence, the superheroines, like their victim counterparts, are undermining rather than improving women’s perceptions of their own bodies and physical competence.  And they are doing nothing to improve beliefs about women’s roles in society.”

She concludes the piece by reminding readers that these new findings “add to a growing literature demonstrating that the gender-related information conveyed in popular media can affect personal perceptions and cultural standards about gender.” In my humble opinion, female superheroes’ portrayals in films will only start to change when women are allowed to get behind the camera and fix things. God, if only there were more female directors looking for work…

Yes. I hope I get the call to direct the motion picture about a black superhero I admire. Her name is @BreeNewsome. pic.twitter.com/BgMeaNsbYk

“What's the stupidest reason you've ever heard for why women can't direct?

Vallot: That we're not ambitious, that there aren't enough female directors, that our content isn't something the larger audience will respond to. That doesn't make any sense. Fifty percent of the population is female.… We do show up to the theaters, and a lot of the times we make the household decisions of what the family's going to see.

Cohn: It's partly about being the leader, being the father, being the person in control, and partly it's about trusting women with money and people don't want to do that and film costs a lot of money.

Allain: I don't like to repeat stupid things because people repeat them and somewhere along the way it becomes true.”

Harbinger of doom: Marvel movies may include an LGBTQ character… 10 years from now
During the press tour for Ant-Man, Marvel Studios President Kevin Feige was asked if and when fans would see an LGBTQ character in the Marvel Cinematic Universe. “Within the next decade?” asked Feige. “I would think so, for sure…in the drawing board going up to 2019 it remains to be seen. The comics always make the path that we get to have the fun of saying, ‘Yeah let’s choose this way or let’s choose this way’ and I think there are a lot of cool things happening in the comics now that—it’s usually a five-to-10-year cycle between when something happens in the comics and when we can do it in the movie, sometimes a little less, but Civil War is certainly about the 10-year mark. Winter Soldier, I think, was around that time. So we always look at stuff that’s happening in the comics and go, ‘Where could we do that?’ Sometimes it’s sooner, but there’s no reason why that couldn’t happen in the next decade or sooner.’”

Putting aside the fact that Feige answered this question in the most vague, irritating way possible—“I would think so, for sure” is corporate-speak at its finest—let’s address the fact that we’re going to have to wait at least a decade to see an LGBTQ character in the MCU. Feige is blaming this in large part on the comic books, which, according to the Marvel Wikia, contain more than 100 characters that “identify as gay or lesbian.” As for that “five-to-10 year” cycle he’s referring to? As moviepilot.com reminds us, Marvel’s first openly gay character, Northstar, came out all the way back in 1992 (though his rights are currently held by Fox).  Sciencefiction.com breaks down some of the more recent characters, including Hulkling, Young Avenger America Chavez, and Runaways’ Karolina Dean, proving that Feige’s argument doesn’t really hold water—there are plenty of characters who could pop into the MCU, even in a smaller role, and provide some LGBTQ visibility and representation. Ten years is far too long to wait for one of our biggest franchises to reflect a single non-straight character. Will we even be alive in 10 years? What’s up with that bright shit on Ceres, you know?

All of this raises the question: Why is Feige stalling on this one? Is he worried his next movie won’t make billions upon billions if it’s got a gay dude in it, or features two women kissing (in a way that doesn’t pander to the male gaze, which may be tough for Marvel)? But then again, I suppose we shouldn’t be so surprised—this is the same studio that’s waiting until 2018 to give a woman and a non-white superhero their own films. And, of course, this isn’t just a Marvel issue: It’s endemic to the film industry, especially blockbusters, which shy away from telling stories that aren’t straight, white, and safe.

Overall, was this a good, bad, or neutral week for women in movies, Rachel?
Bad, and it’s mostly thanks to Marvel and its cohorts. Female superheroes are so hypersexualized—even when they’re “strong”—that it’s making women feel awful about themselves, and we won’t see a gay character in the MCU for at least 10 years. When the movies are more than 10 years behind the real world—what up, SCOTUS!—it makes me and Lily Tomlin sad. Do we think Channing’s available for a Fourth of July lapdance, or nah?