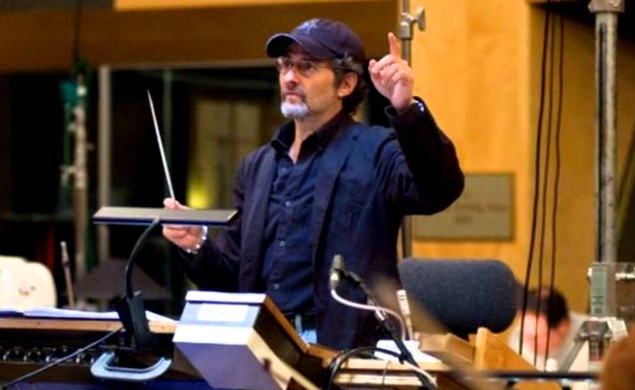 James Horner wasn’t done yet. The Oscar-winning composer’s resume lists three upcoming features, still due out this year, that reflect the depth and breadth of Horner’s abilities—from the rich period drama of Jean-Jacques Annaud’s Wolf Totem, to the hard-hitting grit of Antoine Fuqua’s Southpaw, to the high drama of real-world events in Patricia Riggen’s The 33. Horner could do it all—he could do a lot—and his life and his career have both ended far too soon.

Horner died on Monday in California’s Los Padres National Forest, when his single-engine S312 Tucano MK1 airplane crashed in the sprawling coastal area. Horner was the only one on board. He was 61.

He was born into movies. His father, Harry Horner, was a set designer and art director, and Horner’s younger brother Christopher grew up to become a director himself. Born in Los Angeles in 1953, Horner’s desire to play music soon took him far away, including a stint at London’s Royal College of Music and a high school career spent at Arizona’s Valley Verde High School. He returned to Southern California to attend USC, where he earned his bachelor’s degree and master’s degree. For his doctorate, Horner stayed close to home, attending UCLA, where he eventually taught a course on music theory. Soon afterwards, he turned to film scoring full time.

His early years provided a bevy of different opportunities, from gigs for the American Film Institute to scoring features for Roger Corman. In 1982, Horner scored Star Trek II: The Wrath Of Khan, widely believed to be his breakthrough feature and his entrée into more mainstream features. As the ’80s wound on, Horner scored a slew of very well-known—and decidedly different—features, including Cocoon, Aliens, Glory, and Field Of Dreams. Horner even found the time to craft the score for the 3-D Disney attraction Captain EO. He was nominated for his first pair of Oscars in 1987, thanks to his composing work on Aliens and his song work on An American Tail.

Horner kept busy during the ’90s, which also saw the creation of some of his best and most iconic work, including Apollo 13, Braveheart, and Titanic. Yet, despite his ability to score big, sprawling epics, Horner retained an interest in making music for the younger set, and he frequently provided orchestral scoring for Amblin-produced children’s films. It’s not every composer who crafts scores for Balto and Braveheart in the same year.

In 1998, Horner won a pair of Oscars for his work on Titanic, snapping up both Best Original Dramatic Score and Best Original Song for “My Heart Will Go On.” Horner would go on to be nominated for eight Oscars in addition to his pair of statues.

Horner’s ability to score all manner of films continued in the aughts, as he composed for films as varied as How The Grinch Stole Christmas and A Beautiful Mind, House Of Sand And Fog and The Chumscrubber, Troy and The New World. In 2009, he scored James Cameron’s Avatar (the pair, having fallen out a bit over Aliens, had already made up by the time they made Titanic together), and he was believed to be returning for the feature’s oft-promised sequels. After a few slower years in the teens—not a single Horner-scored film was released in 2013 and 2014—he appeared ready to ratchet things back up with his stacked 2015.

Even without Horner’s presence, however, the songs will go on.