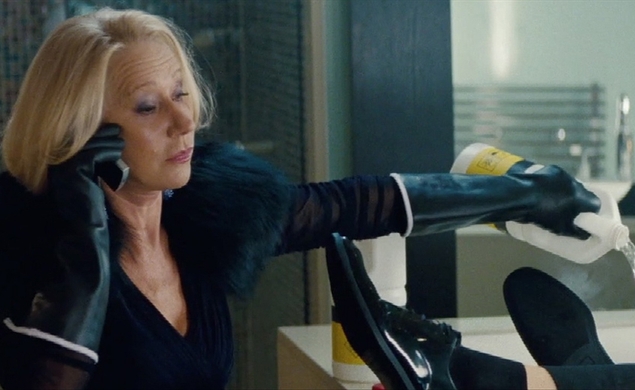 Harbinger of doom: Does Hollywood pay for childcare or yachts? Yachts, of course.
While promoting Infinitely Polar Bear, Zoe Saldana shared a story that, yet again, revealed the dark heart of Hollywood. Speaking to USA Today, Saldana was unflinchingly honest about the issues that’ve plagued her as she tries to juggle motherhood with her film career. First, she shared that she’d almost been written out of a movie due to her pregnancy: “Let me tell you something, it will never be the right time for anybody in your life that you get pregnant,” said Saldana, noting that last year, “the productions I was slated to work on sort of had a panic. I heard through the grapevine there was even a conversation of me being written off of one of the projects…I was like, ‘Oh, my God, are you kidding me? It’s this bad?’ Right when I just feel super-duper happy, is that inconvenient for you? That me, as a woman in my thirties, I finally am in love and I am finally starting my life? And it’s (screwing) your schedule up? Really?”

Though she wasn’t written off the project, she was faced with another problem: The studio didn’t want to pay for childcare. Though USA Today points out that few parents have access to company-provided childcare—only 20 percent of large employers provide it and only five percent contribute financially toward it—Saldana went on illuminate a deeply fucked-up industry double standard: Studios “spend more money sometimes ‘perking’ up male superstars in a movie,” she said, paying for private jets, a coterie of assistants and bodyguards or booking “a really phat penthouse or them staying in a yacht instead of them staying on land.” Is everybody else just picturing Leonardo DiCaprio and his Pussy Posse right now? Cool, same.

Saldana continued, “But then a woman comes in going, ‘OK, I have a child. You're taking me away from my home. You’re taking my children away from their home. And you’re going to make me work a lot more hours than I usually would if I was home. Therefore, I would have to pay for this nanny for more hours—so I kind of need that. And they go, ‘Nope, we don't pay for nannies.’” USA Today reached out to Paramount, who claimed that “the child care issue has been resolved prior to when this interview was conducted.” It’s not totally clear what’s going on here—maybe Saldana’s public call-out scared the studio into forking over the cash—but what is clear is that it’s more common for a studio to invest in a man feeling “perky” than for a woman to feel secure and sane while at work. Again, most women (and men) don’t have the luxury of company-provided childcare, but we also don’t have the luxury of company-provided yachts. Put in perspective, this is some troubling shit.

Harbinger of doom: Star Wars makeup
Hey, Hollywood, you know how we're always asking you to create movie-related merch featuring female characters? We didn't mean “sell us Star Wars makeup that’s just normal makeup with a Star Wars quote on it.” Unless you are literally going to give us the tools to make ourselves look exactly like Queen Amidala or Chewbacca on a Friday night, please don’t insult our intelligence by trying to shill basic CoverGirl mascara as “The Light Within.” You don't get it. We don’t want you to slap some shit on the same mascara we’ve been buying for decades. We just want you to make a goddamn Black Widow action figure without whining about it. (Fine, we’ll take the $5 coupon for a Force Awakens ticket, though.)

Sign of hope/Harbinger of doom hybrid: Badass women making totally rational demands, having them met, having them questioned
Natalie Portman and Jennifer Lawrence are two of the most famous women in the entire world, and this week, as they well should, they traded on that fame to get the Female Stuff wheels turning. First up, we’ve got Portman, who insisted that her forthcoming Ruth Bader Ginsburg biopic have a female director, even at the expense of delaying the project. According to Ginsburg herself, “Natalie Portman came to talk to me about this, and we had a very good conversation. And one thing, interesting, that she insisted on, it held up the project for awhile. She said, ‘I want the director to be a woman. There are not enough women in this industry. There are many talented out there.’ And now they do have a woman director.” This is the perfect example of how things will get better in Hollywood: Badass women (and men, for real, c’mon dudes) using their powers for good. No director’s been officially announced yet; Deadline reported that Marielle Heller of Diary Of  A Teenage Girl is in negotiations to direct.

Then we’ve got Jennifer Lawrence, who insisted on getting $20 million to make Sony’s Passengers, again at the expense of delaying things. Girl knows what she’s worth—she’s one of the most bankable stars in the world right now. Apparently, Sony chief Tim Rothman wrestled with whether to green-light the project because of its budget, and pushed back on Lawrence’s demands, but she held firm, and THR confirmed that Rothman backed down this week—Lawrence will get an “exceptional $20 million against 30 percent of the profit after the movie breaks even,” while her human male co-star Chris Pratt will net $12 million.

A piece in Vulture from Kyle Buchanan this week outlines exactly why Lawrence deserves that cold, hard cash: “The 24-year-old stars in two of Hollywood's biggest franchises, thanks to The Hunger Games and X-Men, and has been nominated for three Oscars, winning one for Silver Linings Playbook. She enjoys sky-high likability, terrific recognition ratings, and four-quadrant appeal in an era where new young megastars are very hard to come by. She is the only first-billed actress who has made more than one movie that's grossed over $400 million domestically (the few men who’ve managed that significant feat are comic-book heroes Robert Downey Jr. and Christian Bale), and she may add a third to her tally if the final Hunger Games movie hits its expected number this winter. Simply put, she’s the most significant name that Sony could have possibly cast in this role.”

But, as the piece points out, the media scrutiny re: this decision points out yet another double standard. “I’ve noticed that many of the writers who’ve picked up Masters’s story over the last two weeks have done so with a can you believe that tone of incredulity, as though Lawrence might not be worth her rare payday. They’re not alone: Masters reported that even Rothman ‘was heard wondering aloud’ about Lawrence’s actual star power during budget meetings.” Buchanan adds, “Compared to Lawrence, other stars have gotten $20 million paychecks with much less scrutiny, and with far more meager results. Liam Neeson received $20 million for Taken 3, which didn't even crack $90 million domestically, and Sacha Baron Cohen got at least that much money (and by some accounts, even more once scripting and producing fees were factored in) for 2012’s dud The Dictator, which grossed a measly $59 million in the States. When Baron Cohen inked his megabucks deal, it was greeted with rah-rah, ‘go Sacha’ enthusiasm at Deadline; I can’t help but wonder if the difference in tone now has something to do with Jennifer Lawrence's gender. If, say, her frequent co-star Bradley Cooper had upped his quote to $20 million on the back of last year's megahit American Sniper, would his reasonable request have generated nearly the same amount of scoffing?” (Um, no. The answer is no.)

Overall, was this a good, bad, or neutral week for women in movies, Rachel?
Bad, y’all. That Zoe Saldana story is insanely frustrating, that Star Wars mascara is insanely stupid, and even though Jennifer Lawrence is raking in the cash she rightly deserves, studio heads and the media are both wondering whether she deserves it. I think we all need a Helen Mirren hug. Can somebody go find her?